Follow
Home » Lifestyle » Why I am cheating on my partner

Why I am cheating on my partner

Here's a sobering thought: every day an average of 15,500 new members sign up to adultery website Ashley Madison, according to a 2017 analysis it commissioned from accountancy giants Ernst & Young. And a recent poll conducted by Ashley Madison also revealed that while 61 per cent of its members worldwide were motivated by the idea of "satisfying sex", 44 per cent cited "affection" as their main reason and 30 per cent were "chasing the feeling of butterflies". 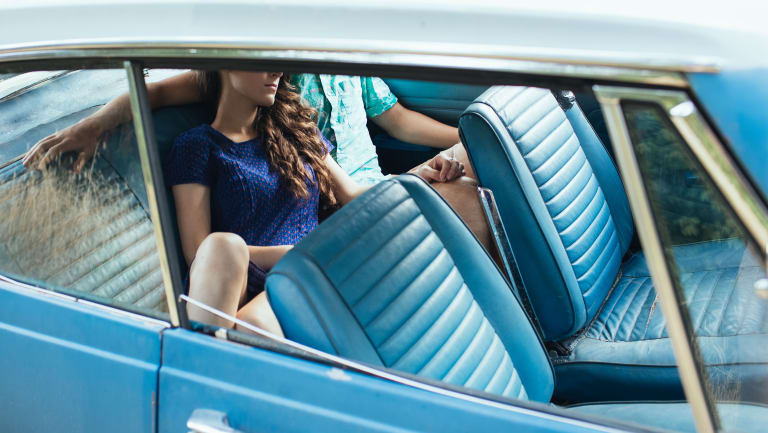 “I’m far more intoxicated with the hand-holding, the hugs, the long conversations and the eye contact.”

Kerrie James, of Relationships Australia NSW, says that while sex is a common reason given for infidelity, things are often more complicated.

"There are as many reasons as there are people having affairs," she explains. "It could be that the person cheating isn't happy in their current relationship, or feeling particularly committed to it. Or they could be coming to the realisation the person they're married to isn't necessarily the right person for them.

"But it could also be something as simple as feeling attracted to someone else, even when they are no less attracted to their own partner." Here, three people explain why they're cheating on their partner.

Four children, married for 22 years. He has had a girlfriend for six years.

"I tried for the longest time to get my wife to go to marriage counselling, but she wasn't interested in any of it. Even though she'd made it clear she didn't want a bar of me physically or emotionally, whenever I pushed the topic [of counselling] she insisted we were fine. We were far from fine; we were two people who'd married and started a family at a young age, now sharing a roof and a mortgage like two strangers under the one roof. It's a lonely way to live.

Most people think men who have affairs are just after sex, but that's far from the truth in my situation. Obviously sex with someone who truly wants to be intimate with you is a benefit you can't discount, but I'm far more intoxicated with the hand-holding, the hugs, the long conversations and the eye contact.

I know it must sound silly, but I don't think people realise how much it means to have your partner look up when you enter a room and maintain eye contact as you speak with them. It makes you feel important and as though your opinions and your thoughts are valued. For me, that has been the biggest benefit of meeting my girlfriend, Nina*.

Nina is married with children, so we have a shared understanding of how our relationship has to work. When we first met, we spent time drafting up some guidelines we follow to this day – rules such as when and what we use to contact each other and how regularly we can meet.

The sex is exciting and I think a part of that is because we know we're doing something we're not meant to be doing, but there's also an excitement in finding places where we can do it, such as hotels, parks and cars. On the flipside, when you're trying to coordinate two separate family schedules and all of their sporting, social and extracurricular commitments, as well as full-time jobs, it's also a logistical nightmare. We have a strong connection, but we're always careful not to cross any lines we've drawn.

Being with Nina has made me happy in ways I'd long given up, but that doesn't mean I'm without guilt or remorse. One thing I am without is a plan, because I don't know where my future with my wife lies or what will happen next. For now I'm just plodding along and waiting for the chips to fall where they may."

One child, married 12 years. She has been having an "emotional affair" with an ex-colleague for 18 months.

"If you'd asked me whether I was having an affair one year ago, I would have laughed. Back then, I hadn't heard the term 'emotional affair', which made my relationship with Matt* that much easier to gloss over.

I hid my true emotions behind words like 'friendship', but even then I knew how I really felt about him. I mean, you don't often spend most of your waking hours daydreaming about someone who isn't your husband, do you?

I guess I'm fortunate that emotional connections are easier to hide than physical intimacy. My husband hasn't got a clue.

Matt has a really easy way of talking to people that I was drawn to from the minute I met him. When we were working together, we would meet sometimes for coffee or lunch and I'd leave amazed at how much I opened up to him – I was telling him things I'd never told anyone, and it didn't seem like such a big deal.

When he found a new job a few months later, I took the news pretty badly. The first day I walked into the office to find someone else in his seat felt gut-wrenching, and I realised then just how much I looked forward to seeing him every day. He soon texted to say he missed my company, too. From that point on, everything between us intensified.

It's hard to describe the relationship I have with Matt, but I guess the best way to describe it is non-physical – we've never even kissed – but with a strong emotional connection that makes me crave his company in a way I don't with any other friend.

He makes me feel attractive, wanted and interesting in a way that I haven't felt in a long time – certainly not since I became a mother. Some days he'll pick me up from work and we'll sit parked in his car and talk for hours, but I'll tell my husband I was at a work function. Other times, he'll come to dinner at our house with his wife and we'll all eat together 'like mates'.

It's awkward, and I'm constantly lying to my husband, but at the same time there's a thrill to having this secret part to my life no one knows about.

I don't have any plans to turn what I have with Matt into a physical affair and I don't think he would ever make a move. We've both agreed that even though we're attracted to each other, we love our partners too much to ever hurt them. We'll just take this as a chance to feel some excitement in an otherwise monotonous life until things run their course. Isn't that the point of all affairs?"

Three children, married six years. She joined Ashley Madison a year ago and has had sex with a succession of married men.

"Marriage gave me three beautiful children, but motherhood meant I also lost sight of the person I used to be. Before the kids, I was wild – always the first one on the dance floor – but over the last few years it feels like my life has been nothing but an endless cycle of dirty nappies, sleep-settling and playground visits.

Nick* and I had problems before we were married, but with the stress of raising three young children, those problems have only been magnified. I carry a lot of resentment.

I first went online to boost my self-confidence. Your body changes so much when you have children and I had no idea if I'd ever be able to attract anyone again.

Six months after my youngest was born, I created a profile just to see what other men thought of me. I was thrilled to discover there were plenty of men who didn't see me as a mum, but as a hot-blooded woman. A month after I started chatting with men on the site, I met someone I clicked with.

He invited me to his house while his wife and child were out. It was a spontaneous act, and the experience was daunting and exciting all at once.

I never saw that guy again, but there have been others since. At the moment, I'm seeing a site regular who's going through a divorce. Once a fortnight, I put the kids in day care while my husband is at work and I drive out to the hotel to meet him for the afternoon.

I'm not delusional; nobody is looking for love. It's just a few hours fulfilling animalistic urges we all have before we return to our normal lives, with all the everyday stresses they contain. During that time, I don't have to be Mum and I don't have to be Wife, I can just be Sarah.

I know it sounds selfish, but I'm not sure I am. I guess I feel a small bit of guilt every now and then, but for the most part I feel empowered.

Being with good-looking men has made me feel better about myself, and the sex my husband and I have has improved as a result. We'd never stopped being intimate, but it's even better now that I can find different ways to please him with all the new tricks I've been learning.

Cheating on my husband isn't a forever thing and I know I can stop whenever I want. For the moment, I'm taking what I need and I'm enjoying myself while I can, but I plan to eventually recommit to my marriage."

* Names have been changed.

This article appears in Sunday Life magazine within the Sun-Herald on sale July 8.