Will Prince Harry & Meghan Markle Be On ‘The Crown’? Netflix Is Reportedly Interested

It’s been a running joke ever since Prince Harry first announced his historic engagement to Meghan Markle: "The Crown Season 7 is going to be lit!" The Netflix series, a dramatization of the reign of Queen Elizabeth II, has already covered several relationship scandals. The show plans to focus on Charles and Diana in Season 4. But would the show go as far as Harry’s relationship? Even more shocking to consider: Will Prince Harry and Meghan Markle be on The Crown playing themselves?

Netflix chief content officer Ted Sarandos seemed open to the idea. According to a report in Deadline, at the Producers Guild Awards, Sarandos said of the royal couple: "Who wouldn’t be interested? Yes, sure." Elite Daily reached out to Netflix and reps for the Royal Family for comment on Sarandos’ statement, but did not hear back by the time of publication.

Some have taken the announcement the Sussex Royals will "step back" as a sign that Meghan will be returning to the small screen. But anyone who thinks Harry or Meghan might start working with The Crown writer Peter Morgan should pump the brakes.

For one thing, Morgan has been adamant that The Crown will go six seasons, with the final season set in the mid-aughts. That was deliberate. In Morgan’s words, anything less than 15-20 years is "too close to the moment." Moreover, when asked about the royal couple, he said he had "nothing to say" about Meghan, at least not without the benefit of time and distance, and he "wouldn’t presume" to try. 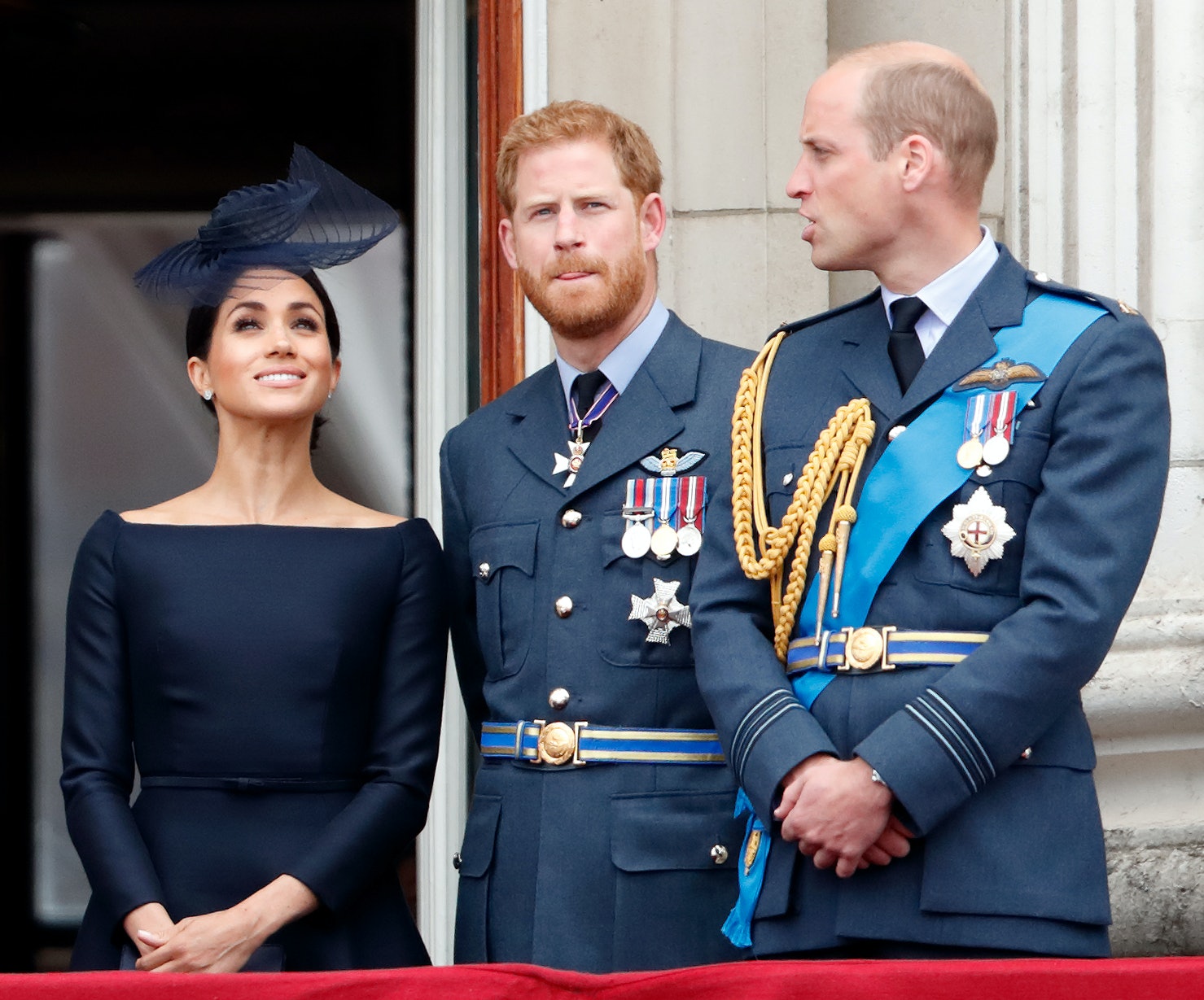 But that’s not the only reason fans of the couple shouldn’t expect to see them on The Crown. The statements from the Sussex Royals suggests "going Hollywood" isn’t on the table. Harry and Meghan have focused their messages on "our new charitable entity" since the original Instagram dropped, not stardom.

Their wish to "carve out a progressive new role within this institution" has so far suggested they want the freedom to promote their work separate from the "royal rota," not because Meghan wants to be free to take TV roles. The reported "deal with Disney" (which was signed weeks before the stepping back announcement) focuses on benefitting a philanthropy project the couple is working on, not a multi-picture deal. Harry’s work with Oprah on a mental health special on Apple TV+, also signed long before the announcement, is about his charity work in this field.

Moreover, Sarandos’ remarks don’t say anything about putting either royal on-screen, merely a wish to work with them. He’s far from alone. When the bombshell initially dropped, it was in the middle of ABC Entertainment president Karey Burke’s Q&A session at the yearly Television Critics Association winter press tour. Upon hearing the news, she reportedly quipped: "We have an office waiting for them… should they be looking to produce television."

Not that it seems like Harry and Meghan are looking to focus that way. But if they do, it seems like Sarandos will have to get in line.

Big cheques and big spending needed to get 135,000 people into work

DOMINIC SANDBROOK: Students at low risk are paying such a high price