How a ‘shopping diet’ saved me thousands: Woman who embarked on a six-month detox from emotional spending reveals what she’s learned after the experiment

When you think about a diet, the first thing that springs to mind is restriction, hunger and deprivation.

But one woman’s interpretation of the word has nothing to do with calories in and calories out.

Instead, Australian sexologist Dr Nikki Goldstein has for the past six months embarked upon a detox from spending.

The results? Thousands of dollars in her back pocket and countless lessons learned about how she approaches her cash, and the emotional effect that shopping used to have on her. 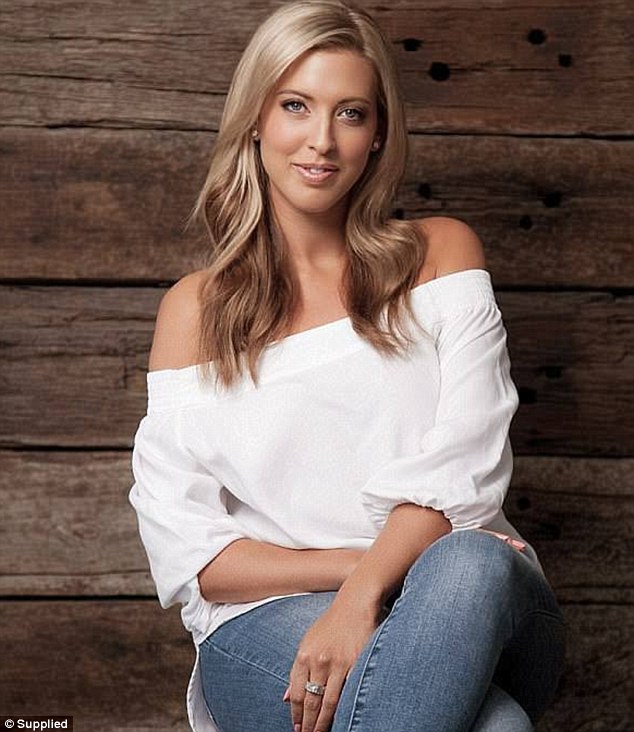 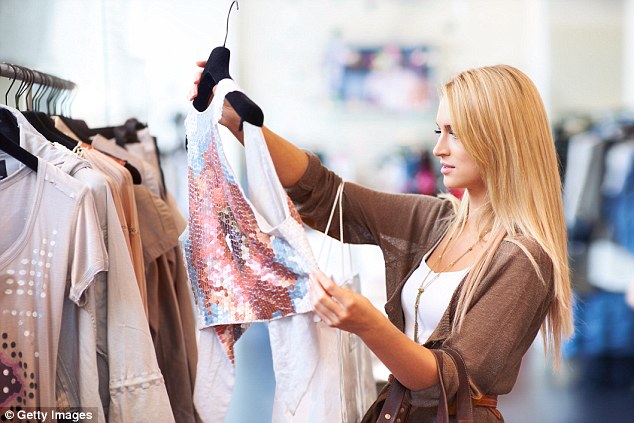 ‘Back in January, I knew things had to change,’ Nikki explained in a blog post.

‘I felt time poor and knew I was spending too much time and money purchasing things I didn’t need.’

The sexologist admitted to spending hours browsing various clothing sites, making wish lists, creating baskets and getting mountain upon mountain of clothes delivered to her door.

‘It was as though I felt a rush of happiness when I got something new but it was soon followed by anxiety and guilt about the money I was spending,’ she admitted.

‘I no longer enjoyed shopping and felt anxious because I knew I shouldn’t be.’ 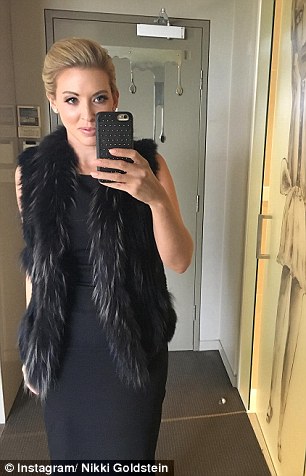 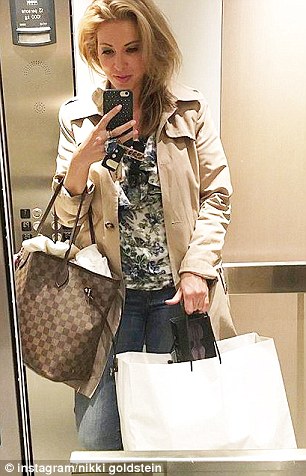 The sexologist (pictured before) set herself some ground rules to prevent herself from absent-mindedly shopping, and said she was only allowed to buy gifts and makeup items that she needed 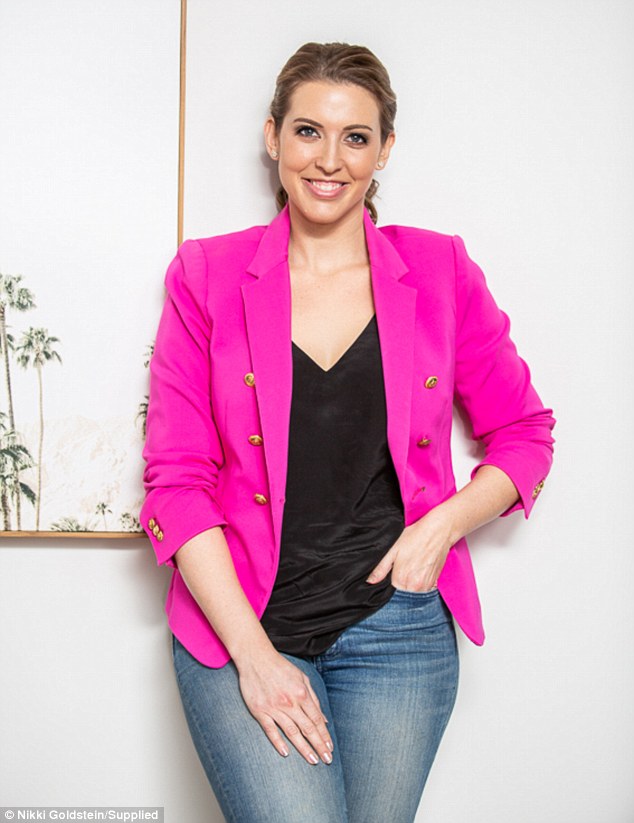 ‘It was all about trying to re-find the balance in my life,’ Nikki (pictured) explained. ‘This was an experiment to look at enjoyment and where I draw my value from’

And so, in January, Nikki decided to set herself some ground rules around her emotional approach to shopping.

How to draw the most from a shopping diet

* Take joy and value from the little things, whether they be enjoying a coffee at home with a friend or going on a walk with your family.

* Re-assess what you have in your wardrobe and fall back in love with those items. You may find a new belt gives an old dress a huge lease of life.

* Focus on what you’re doing and who you’re seeing and learn to draw fulfillment from them rather than material items.

* Stop browsing the Internet and online shopping and use your time productively.

* Use your newfound leisure time in a productive way, whether it’s through work or a new hobby.

Beginning on January 15 this year and ending on 16 July, Nikki told FEMAIL that she couldn’t purchase anything except beauty products which are a necessity, like foundation, cleanser, moisturiser, mascara and hairspray.

‘I could also buy presents for other people, and only if an item of clothing was sold, could I use that money for shopping,’ she said.

The sexologist also explained that she was allowed to ‘finish off the decorations in her apartment, but only chairs for the table, a lamb, buffet and outdoor plants’.

‘If something needed to be purchased for my work, like a microphone or electronic equipment or ink for the printer, then I could get that too,’ she said.

‘It was all about trying to re-find the balance in my life,’ Nikki explained. ‘This was an experiment to look at enjoyment and where I draw my value from.’ 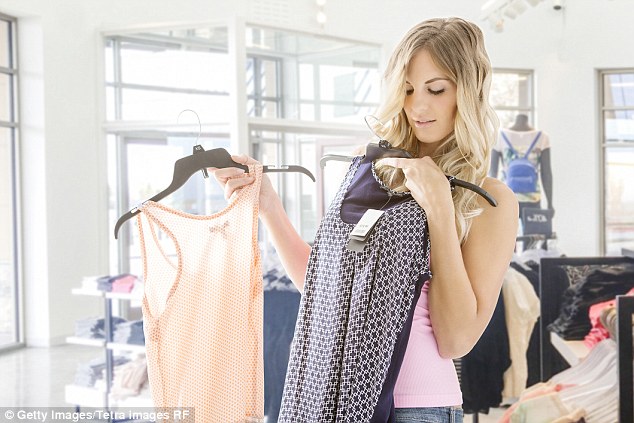 Six months later, the expert said she has learned countless lessons – including the importance of valuing non-tangible things over material possessions (stock image)

And six months later, alongside saving thousands of dollars, Nikki said that she has learned countless lessons.

‘I have learned I have way more clothes than I actually need,’ she said. ‘You get to a point in life where you start to realise you can live with a lot less… My next step is to do a big closet clean out.’

As well as realising that she could easily be happy with less, Nikki said that paradoxically not shopping has taught her to enjoy shopping again for what it is.

‘Going to the shops and actually needing something versus thinking you need something is a lot more fun,’ Nikki said.

‘I have even started making a list of things I think I might need in the next few month. However, I’m going to have a dig in the bottom of my closet to make sure I can’t find them in there first.’

Lastly, the sexologist said she has started to focus on ‘non-tangible things’.

‘When I wanted to feel happier, instead of jumping online, I called a friend and would organise a time to catch up. If I could live with less and felt lighter and de-cluttered with less things, then the more important things became memories and making them with those I love,’ she said. 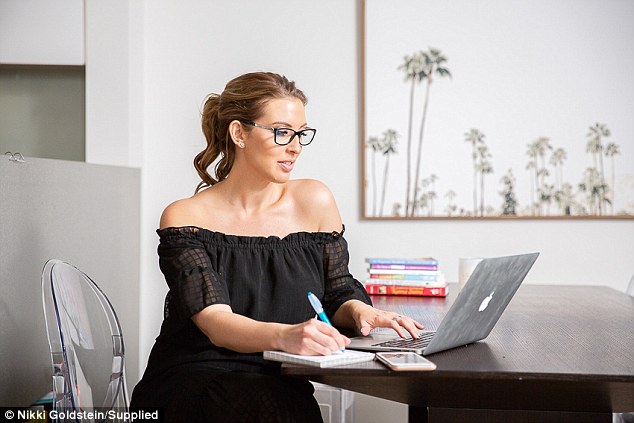 While Nikki (pictured) said she is nervous now she is not on the shopping diet, she said she hopes to put as many parts of the plan as possible into real life

While Nikki said she is nervous now she is not on the shopping diet, she said she hopes to put as many parts of the plan as possible into real life.

‘In the age of Instagram, we are constantly flaunted with this idea to want something because we are not good enough,’ she said.

‘We often look at fulfillment as something that comes from an object and that approach is dangerous as a material object will never change how we feel.’

Have you tried a shopping diet? Email [email protected]

Goodbye, Pencils & Powders: This Is The Only Product You Need For Flawless, Budge-Proof Brows

These Chic Sneakers Go With Absolutely *Everything* In Your Closet

Donald Trump Jr. says Kimberly Guilfoyle is ‘the boss’ in their relationship

Savvy mother transforms her courtyard into a stylish patio for £116