An Australian woman who has battled alopecia for years grew new hair over her bald patch in 30 days after taking a $29 vitamin.

Tammi shared her testimonial with nutritionist Jessica Sepel after trying the health experts’ $29.99 Hair + Energy tablets, saying she had seen more growth this year than she had in the four years prior to finding them.

‘It has taken me awhile to write this to you since I’ve been open about my ongoing battle with alopecia but I’ve never actually revealed images of it, especially not at its worst,’ she said.

‘I have literally tried every single treatment available since I was 18 years old and having Lupus… it has been a stop and start journey.’ 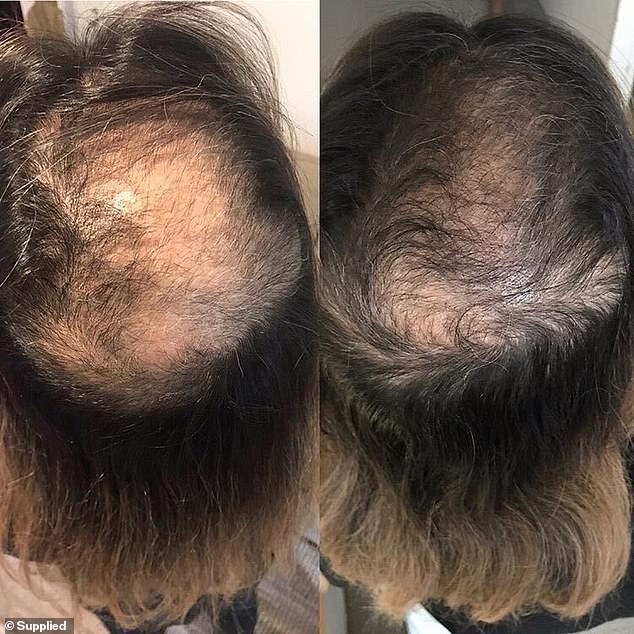 Tammi shared her testimonial with nutritionist Jessica Sepel after trying the health experts’ $29.99 Hair + Energy tablets, saying she had seen more growth this year than she had in the four years prior to finding them (30 days difference)

Alopecia areata occurs when the human immune system attacks hair follicles, which causes circular bald patches to form. It’s thought to be brought on by a number of factors, including stress.

The last gut support supplement Tammi took worked ‘wonders’ for her hair loss but when she stopped taking them her condition regressed.

‘After seeing your results online I was convinced I needed to try the Hair and Energy tablets to see if it would make any difference at all,’ she said.

‘To be honest I started with the intention of promoting stronger, thicker hair where it was not falling out. I figured my new growth would be minimal and thin. But within a week my bald patches had a fuzz of soft new hair and my hairline had thickened.’

At the end of her 30 day trial Tammi saw new hair on ‘every inch of her scalp’ growing rapidly at a rate of about five to 10mm a week.

‘To say I was dumbfounded and elated would be an understatement,’ she said.

‘The transformation was nothing short of phenomenal – physically and emotionally.

‘I’m onto my fourth month of your formula and whilst I still have hair loss (which will no doubt continue as a result of my alopecia) my existing hair is longer and thicker than ever.

‘In the past fourth months it has grown more than in the past four years. Thank you for an incredible product that I cannot recommend highly enough.’ 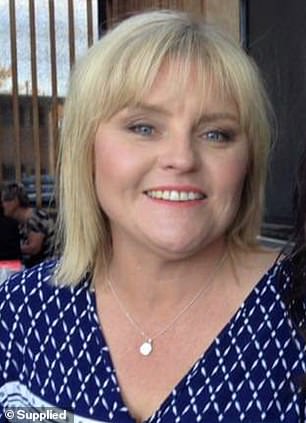 Tammi’s not the only person to get amazing results using the vitamins, with Kelly from Coolamon in New South Wales attesting to the same outcome.

She started taking the tablets in April 2020 after noticing some hair loss at the top of her scalp.

‘It started in a small patch but continued to fall out all over and became very thin and sparse.’

In August 2019 Kelly saw a small bald spot forming again, which continued to spread across the scalp until March 2020.

Doctors have put her hair loss down to an autoimmune response called Alopecia Areata but Kelly is concerned ‘fad dieting’ might be setting it off.

‘I think of my lifestyle during each time and I was on a “fad diet” six or so months beforehand. So I personally feel the lack of different food groups like carbohydrates and sugar, and the stress of dieting, may have been a big trigger,’ she said. 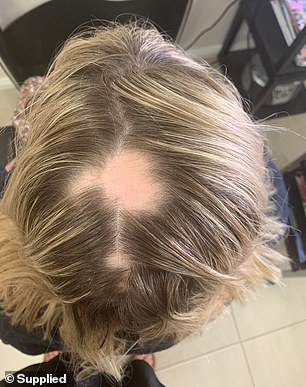 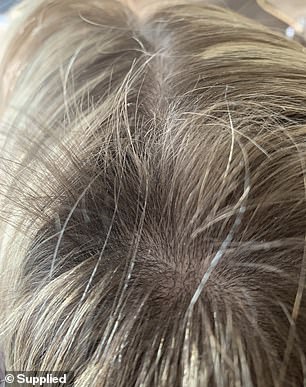 In August 2019 Kelly saw a small bald spot forming, which continued to spread across the scalp until March 2020 (left) 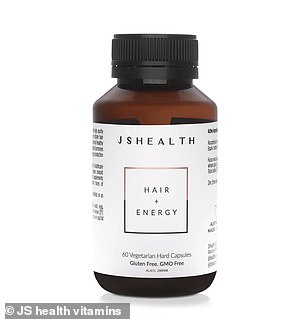 Kelly heard about Jessica Sepel and her JSHealth vitamins on social media, deciding to try them after hearing about how helpful they can be for hair loss.

In photos showing the difference in hair growth over five months, Kelly told the JSHealth team how helpful the tablets have been for her.

The capsules also contain a therapeutic dose of iodine from kelp which helps to restore hair strength and volume which naturally supports hair growth.

When it comes to boosting your energy, iodine is essential for the manufacturing of thyroid hormones that regulate metabolism and energy production throughout the body.

So not only do the vitamins increase hair volume but the customer will get an additional boost of liveliness by taking the tablets as well. 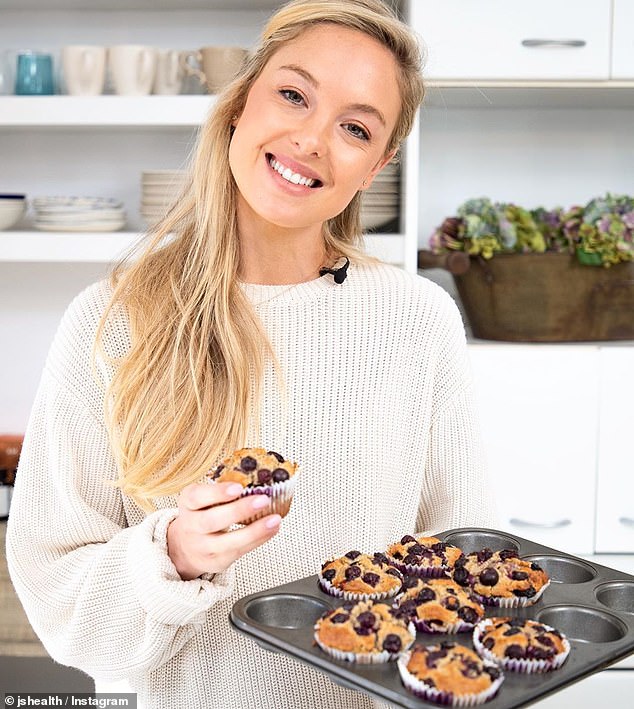 Miss Sepel (pictured) recommends taking one capsule a day with breakfast and to store the bottle in a cool, dry place that doesn’t heat up beyond 25 degrees

Miss Sepel recommends taking one capsule a day with breakfast and to store the bottle in a cool, dry place that doesn’t heat up beyond 25 degrees.

‘Give them a go. I love everything about the JS way. To know that all of JS vitamins, programs and advice is given and made from a place of love, experience and research is also so special,’ Kelly said.

‘My next order will include the probiotic, gut health and immunity tablets, the new hormone and PMS support and the sleep tablets.’

her, in, locks, transforms, woman
You may also like: