Woman who feared her Ugg slippers were 'ruined' reveals transformation

A savvy mother has revealed how she transformed her ‘ruined’ Ugg slippers by popping them in the washing machine with her dark wash – leaving social media users wowed.

Toni Agrimi, from Birmingham, shared incredible before and after photos of her luxurious footwear to Mrs Hinch Cleaning Tips group.

Sharing the snaps of her slippers, she wrote: ‘I figured they were ruined anyway so put them in the washing machine with my normal dark load.’

Social media users flooded the comments section, with many admitting they had been wowed by the transformation. 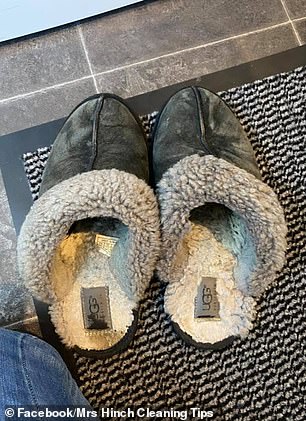 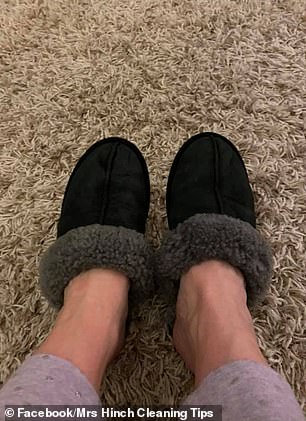 Toni Agrimi, from Birmingham, wowed social media users when she revealed how she transformed her scruffy Ugg slippers by popping them into the wash (pictured left, before, and right, after)

One commented: ‘Wow – I’ve got a pink pair but was reluctant to put them in the machine! Think I might take a chance…’

While another wrote: ‘Wow they look amazing, like new!’

The before photograph showed the footwear as worn-out and dirty, with the slipper’s fur looking long-past it’s best.

However in a second image, having been through the wash, the slippers looked good as new.

Many were amazed by the incredible transformation, with some questioning if they could even be the same pair of shoes.

One commented: ‘No way the same pair!’

Another wrote: ‘They’re not the same slippers. If they are, blimey.’

One joked: ‘Is that what you’re telling your hubby!’ 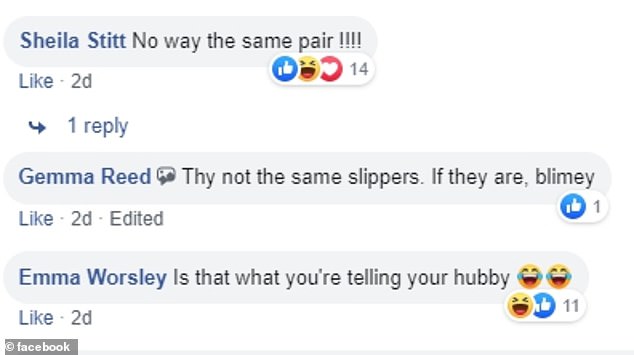 Some in the group were skeptical of Toni’s slipper transformation, and accused her of buying a different pair of shoes

But, determined to prove both images of the shoe were the same slipper, Toni shared a second image of the shoe, taken on the same rug.

She wrote: ‘The lighting is different in the after picture but they are definitely black and fluffy again.’

She went on to edit her original post, writing: ‘Oh my gosh, they are definitely the same slipper. I have put another picture of them on the same rug so you can see it’s in the comments. Why would I lie.’ 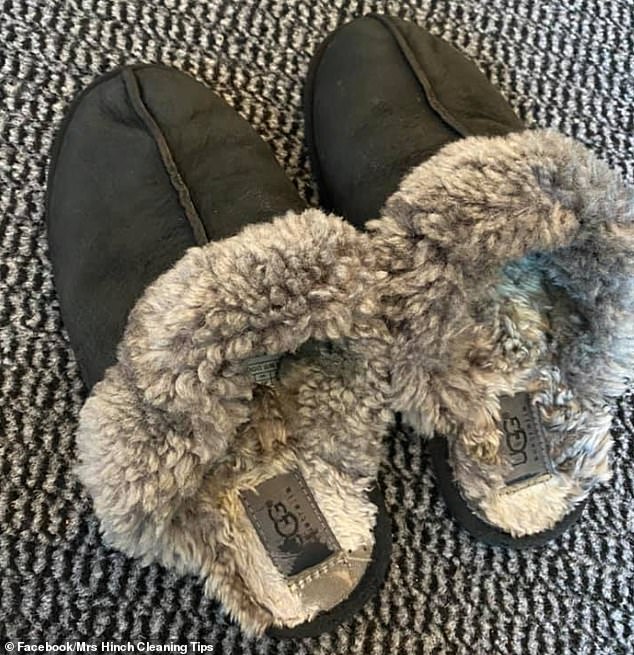 Toni went on to share a second photograph of her transformed shoes, showing off their rejuvenated fur and suede

And others said they’d also put their Ugg products in the wash, with one saying: ‘I’ve washed my slippers in a pillow case, then part dried them with a hairdryer from a distance. Takes a while but brings them back to life.’

One wrote: ‘I do my boots when they are drying. I stuff them with paper they dry perfect.’

One added: ‘I washed my UGG boots in the washer on a woolens wash. They came out fine.’ 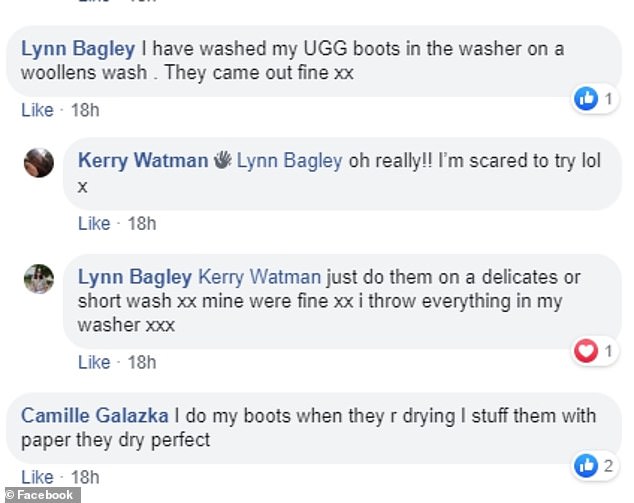 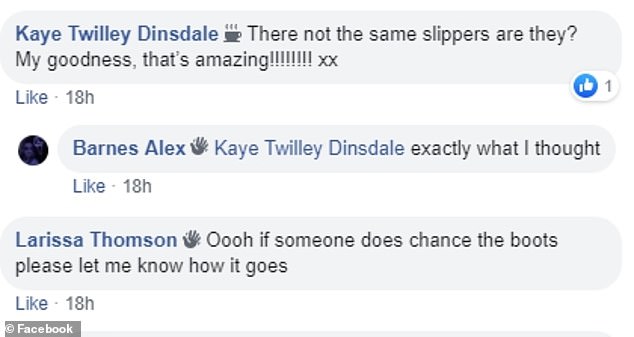 But other social media users were wowed by the transformation, with some saying they’d also put their suede slippers and boots in the washing machine to rejuvenate them

One said: ‘Did this to my boyfriends the other week after he went to throw them out. [I] said I might as well try and they are spot on!’

Another commented: ‘They’re not the same slippers are they? My goodness, that’s amazing!’