It’s harder than it looks! Women reveal the WORST things about motherhood – from the changes to their body after pregnancy to not being able to go out drinking

Women from across the world have spoken candidly about the aspects of motherhood they don’t like.

Writing anonymously on the confessions app Whisper, many admitted to struggling with not being able to do things they used to enjoy before having children.

One told how she misses going out drinking like she used to when she was 21, while others bemoaned the changes to their body after pregnancy.

Several opened up about feeling concerned that their negative emotions could have a bad impact on their child, while one mother from California confessed she lives in constant fear of ‘getting it wrong’.

Another admitted she fears ‘flipping out’ at her child because she never gets a minute’s peace. Here FEMAIL brings you a selection of the most eye-opening admissions. 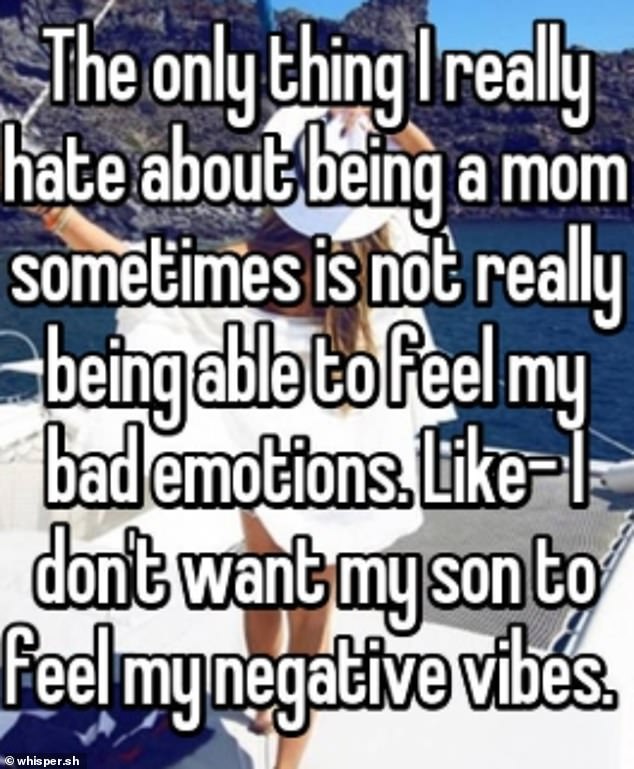 Women from around the world confessed what they deem to be the worst aspects of motherhood in an anonymous thread on Whisper, including one mother who tries to hide her emotions from her son 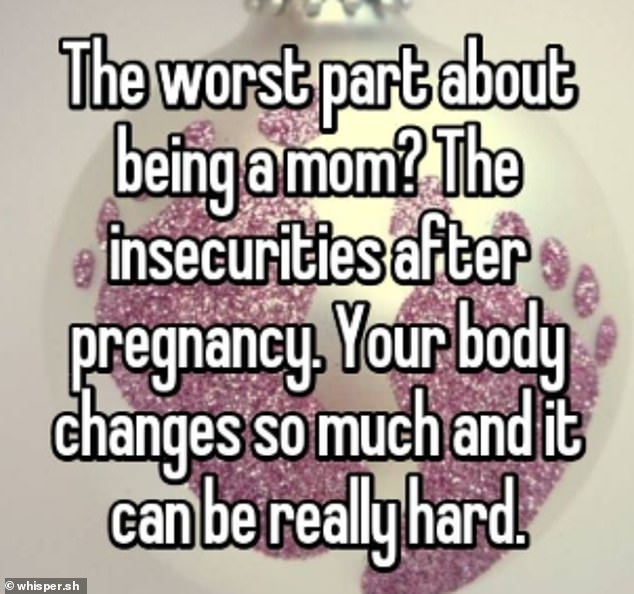 A woman from Florida spoke candidly about her body insecurities after pregnancy, revealing that hers changed dramatically 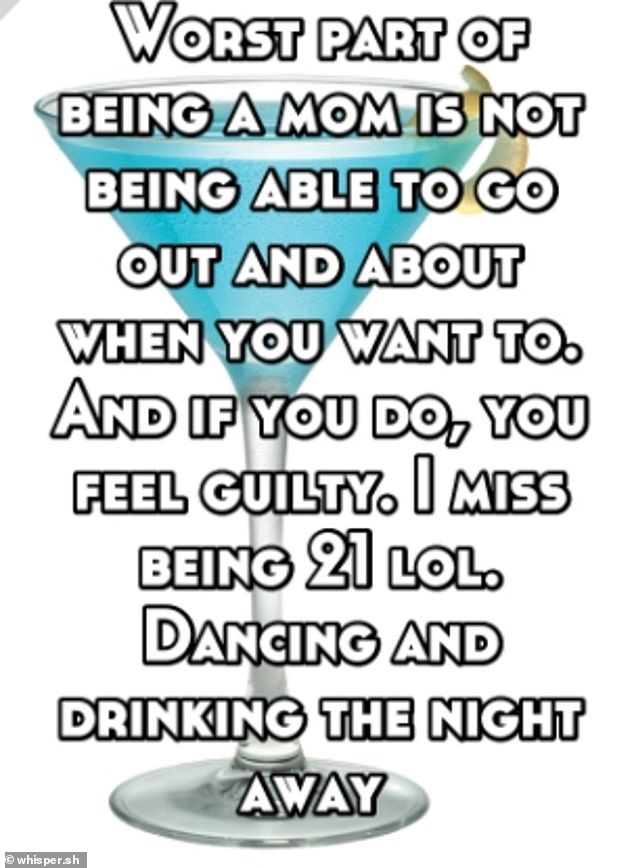 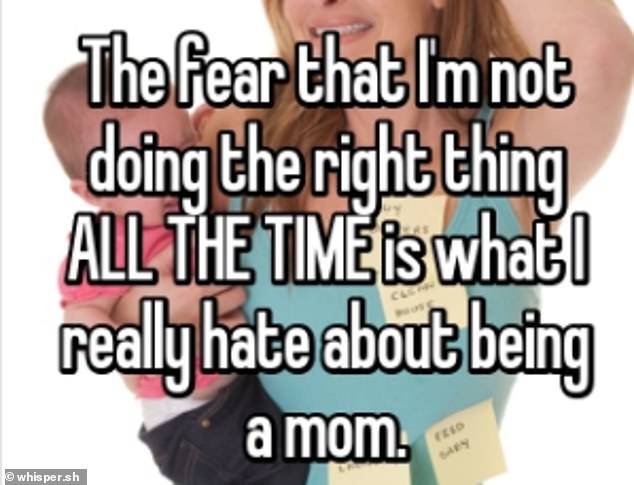 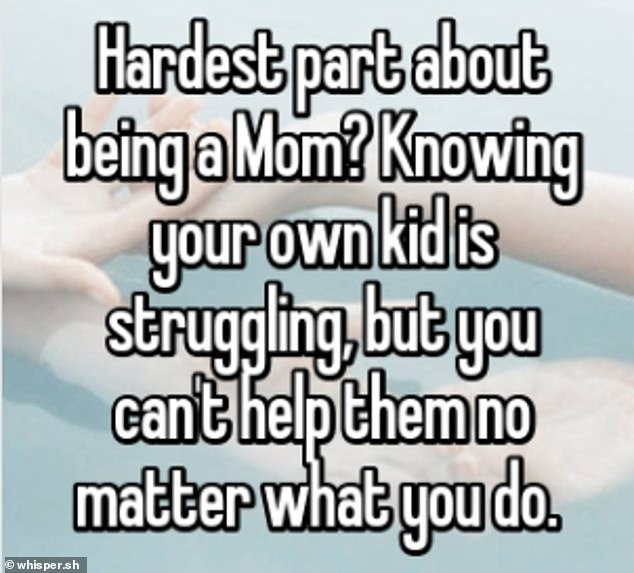 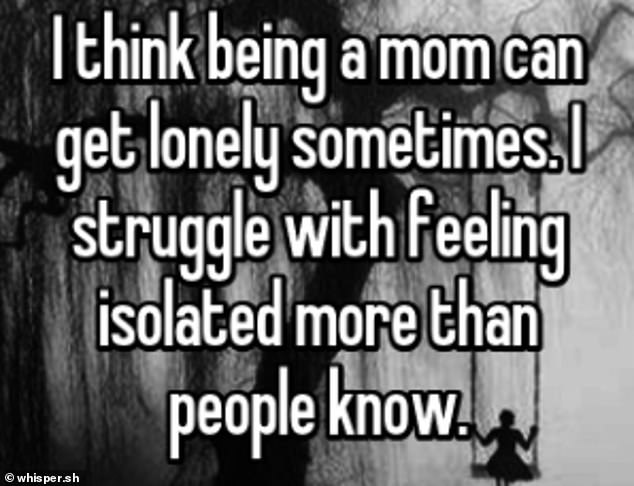 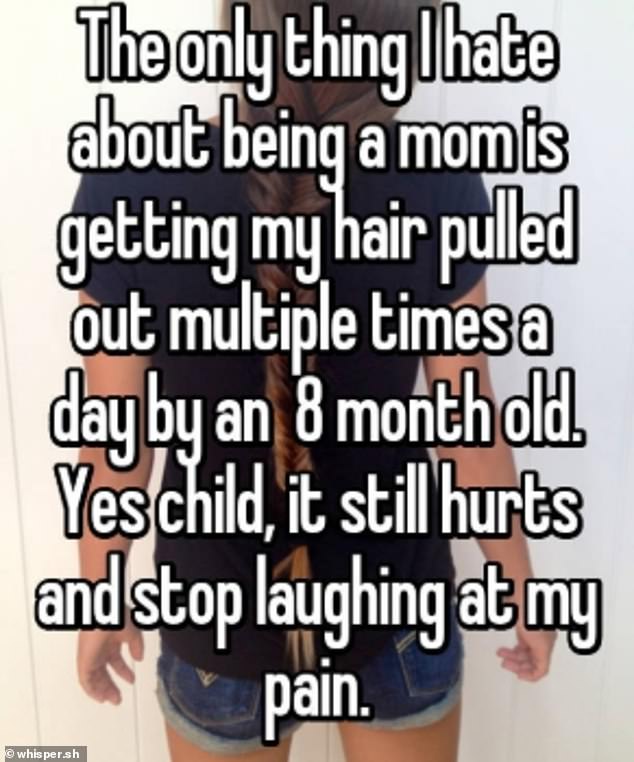 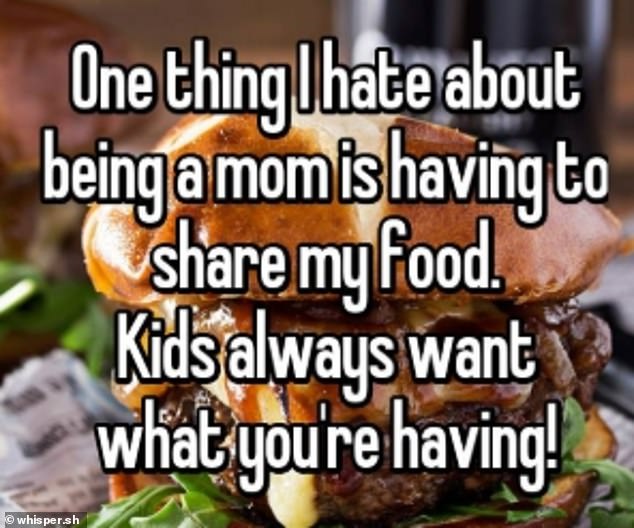 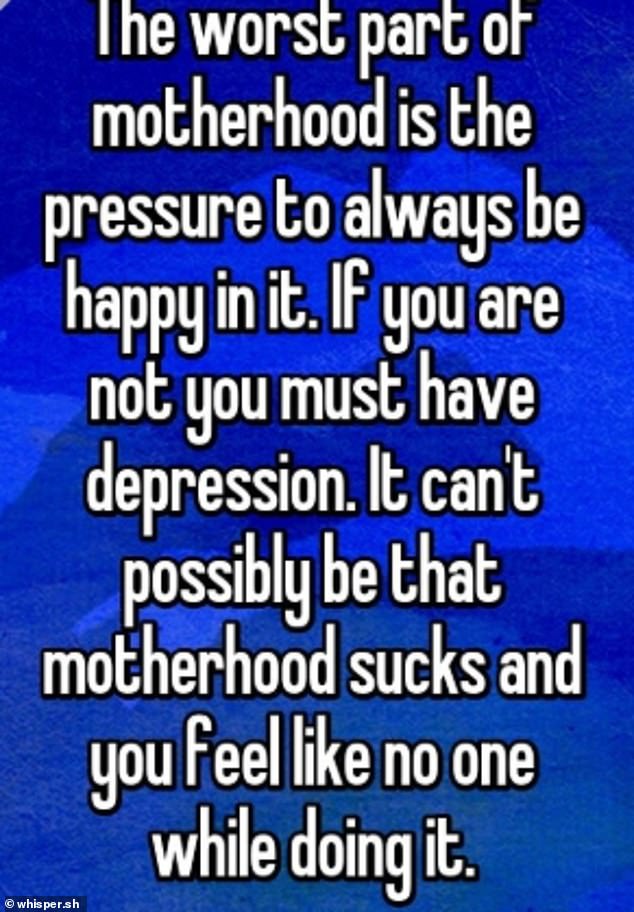 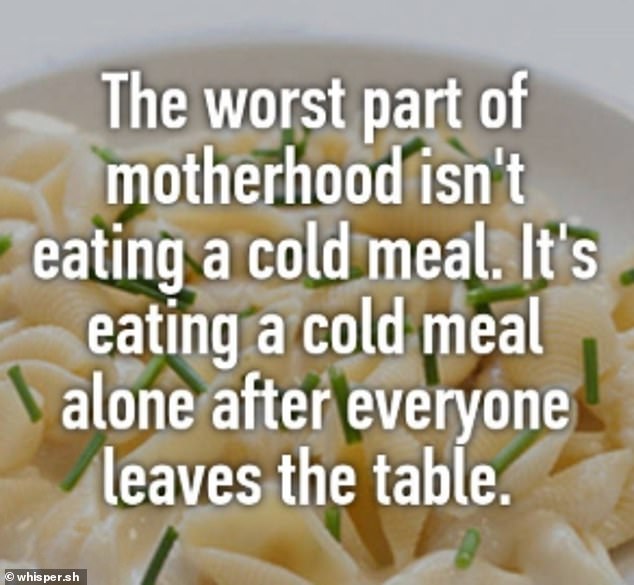 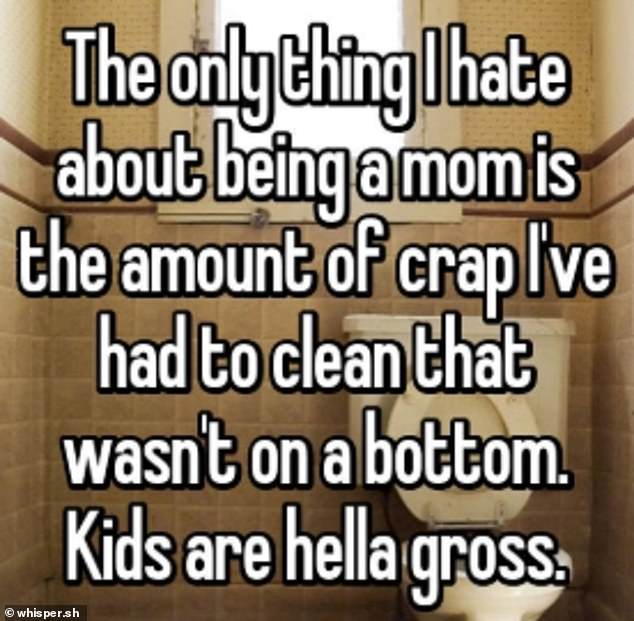 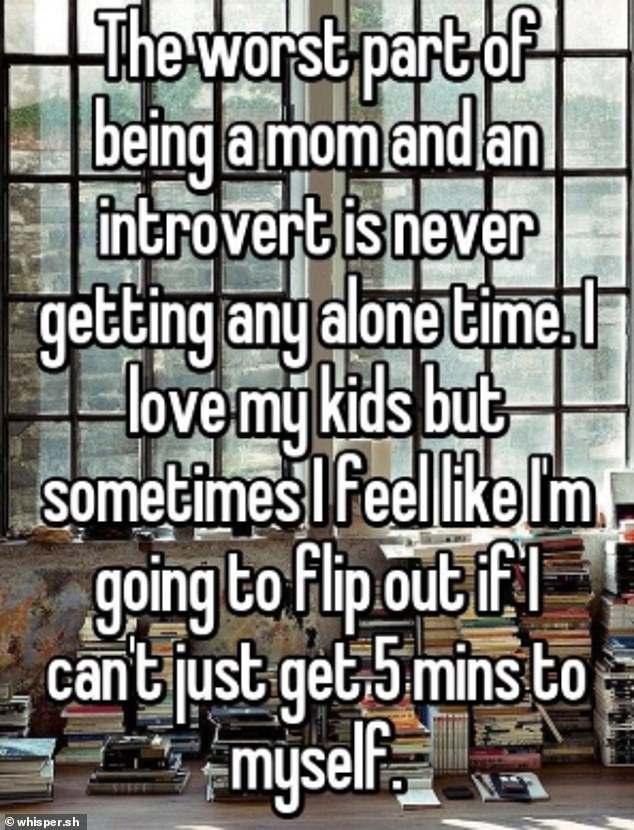 Writing anonymously, an introverted mother said she sometimes feels like she’s on the edge because she doesn’t get enough time to herself 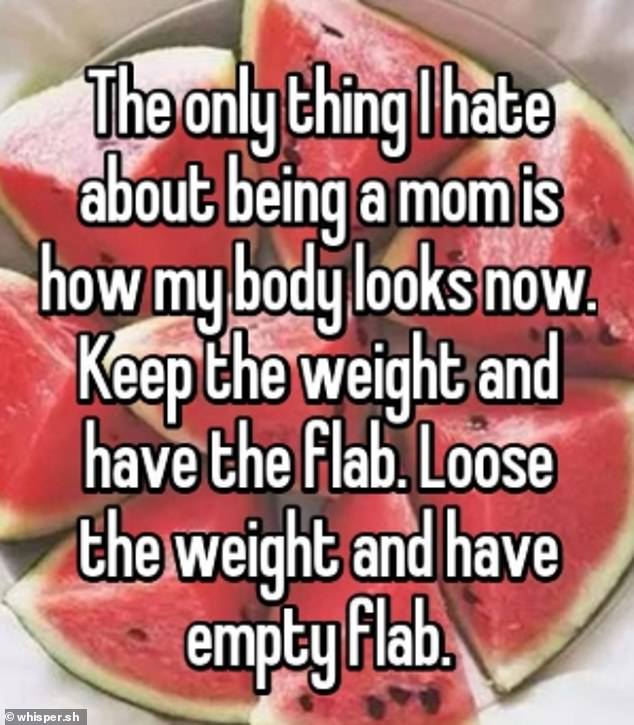 aspects, Mo, of, reveal, the, Women
You may also like: