While hosting Saturday Night Live last weekend, Donald Glover dropped a music video for the new single This Is America by his rapper alter ego Childish Gambino. Watch it once, and your eyes will naturally be drawn to his movements and facial expressions. Watch it again, but focus on the chaos reigning in the background. Watch it a third time, and the reason for this juxtaposition becomes increasingly clear. 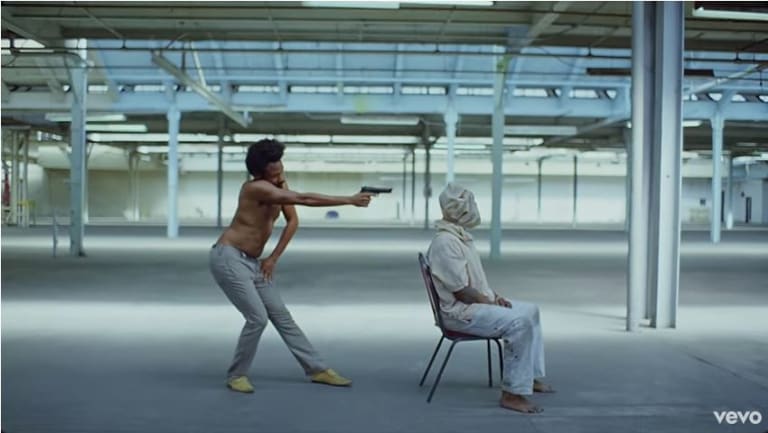 Childish Gambino stands behind Calvin the Second with a gun.

Glover's erratic dancing, choreographed by Sherrie Silver, distracts from everything happening in the background throughout the video – purposefully so, it would seem. Paired with exaggerated expressions, his movements further the connection to minstrel shows, a form of entertainment popularized in the early 1800s that mocked black people in the United States. The stock characters were usually played by white people in blackface, though some all-black groups performed under white directors.

Glover's character, who appears to represent how white American culture oppresses black people, periodically kills innocent performers. As a choir joyfully sings the refrain – "Get your money, black man, get your money" – Glover slips out from behind a door and dances in front of the choir. He is handed an assault weapon, shoots all 10 singers and walks away. The imagery evokes the 2015 Charleston church massacre, in which attendees of a prayer service were murdered by self-described white supremacist Dylann Roof. 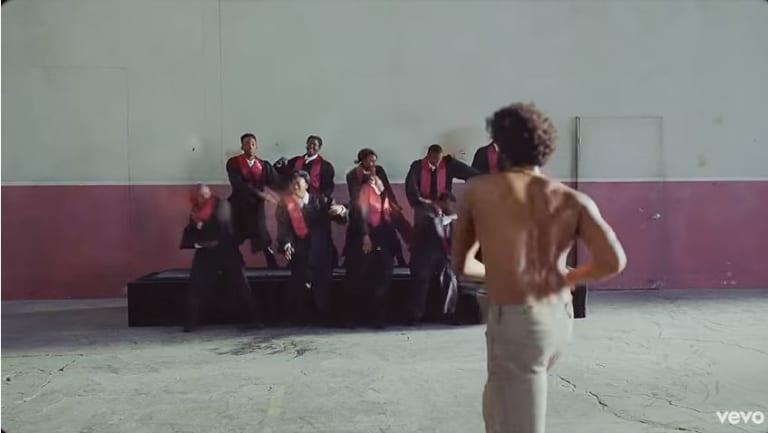 A particularly confronting moment in the clip reminiscent of the Charleston church massacre.

The Post and Courier spoke to Charleston locals about their mixed reactions to the depicted violence. One criticized Glover for contributing to the overuse of "traumatic violence against black people in order to convey an artistic message," but Rev. Sharon Risher, the daughter of shooting victim Ethel Lance, said the video speaks to how death is normalized.

"That was America represented through the lens of a black man," Risher said. "For the millions of people, especially young people, who will watch it, it makes you pause and think, 'How are you going to survive being black in America?'" 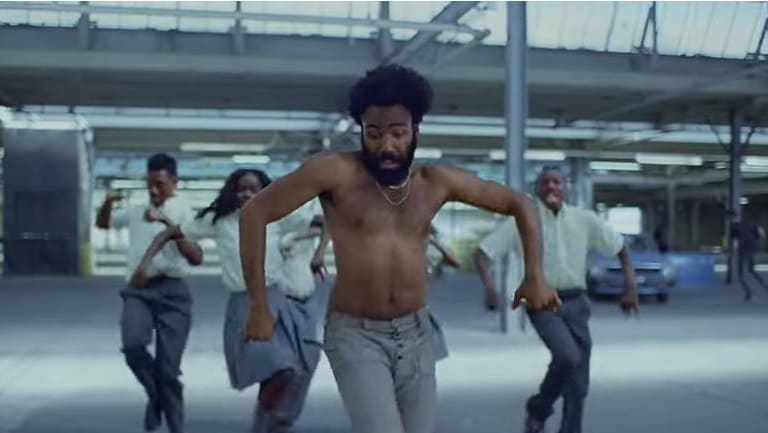 Sherrie Silve’s choreography distracts from the action in the background but is used a specific tool.

As Glover tells listeners to "watch me move," people in the background are chased by cops. A police car is parked in the viewers' line of sight, and orange glares suggest fires burning throughout the warehouse.

The camera quickly glides past young people with their phones out as Glover says, "This a celly, that's a tool." Cellphones have been used to record police officers shooting or choking black people in the past few years.

As Glover continues to dance amid the chaos – with another police car parked in view – a hooded figure rides past on a white horse. Some on Twitter have drawn connections to the Horsemen of the Apocalypse from the New Testament's Book of Revelation, in which death rides on a pale horse with hell following behind.

Calvin the Second plays his guitar with the bag on his head as Glover climbs atop a parked car. All the cars pictured – including the one SZA sits on, in a surprise cameo – are from the 1980s and 1990s, in contrast with the new, luxury vehicles often depicted in today's music videos. Some Twitter users theorized that the cars' age represents the "stalled socioeconomic and political mobility" of black Americans. Others pointed to images of vehicles during the 1992 Los Angeles riots, which began after a jury acquitted police officers of using excessive force while arresting (and beating) Rodney King. 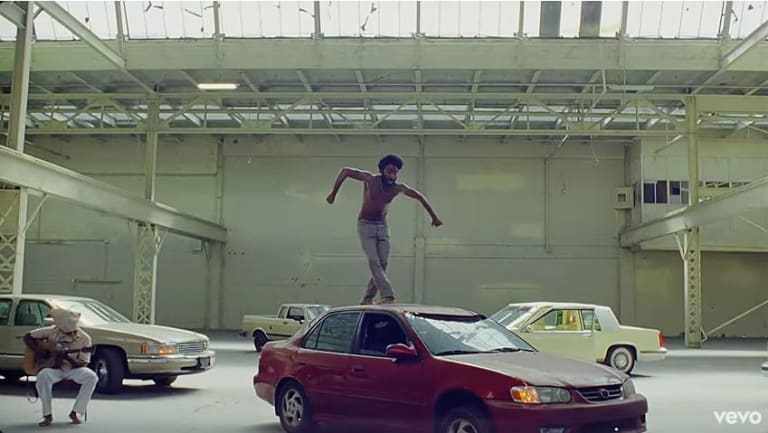 The older model cars used in the film clip have been a point of discussion.

The video ends with Glover chased down a dark hallway, and some point to the darkness behind him as a physical representation of the Sunken Place, a mental prison where the Armitage family matriarch sends black people in Jordan Peele's Get Out." How fitting, then, that Get Out actor Daniel Kaluuya presented Glover's performance of the song on SNL. 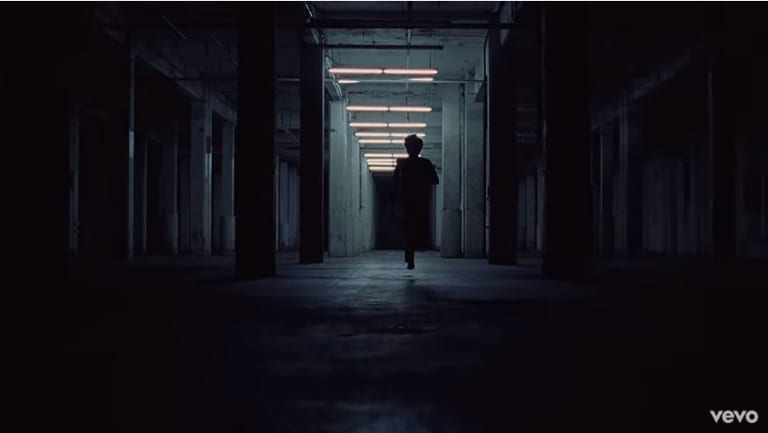 The final scenes in the film clip have drawn comparisons to the Sunken Place..

Whether this reference was intended, the video makes clear how black people have been trapped and/or harmed by American culture. Glover's character keeps the darkness at bay by acting within white-imposed boundaries for most of the video – hence the rich depth of field, with his giddy dancing layered in front of violence – but it eventually catches up with him.

This Is America is a painful yet perfectly timed masterpiece, what Glover seems to do best.