It looks everyone is reuniting at the moment, but one group who seemingly won’t be getting back together in their entirety is Westlife.

Brian McFadden, who quit the boyband in 2004, has stated that although there was ‘a major offer’ for them to return as a five-piece, his former bandmates have blocked that from happening. 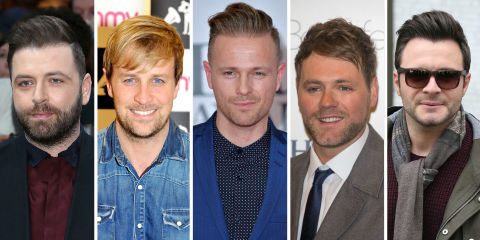 “I was offered a big multi-million pound deal. It was the other boys in Westlife who said ‘no’. They didn’t want me back,” Brian told The Irish Sun.

“How does that make me feel? It makes me pretty upset because I didn’t realise they still had those feelings towards me.”

Brian’s quotes come a day after The Mirror reported that Brian posted a series of (now-deleted) tweets discussing the deal and the rest of the group’s reservations about Brian returning to the band.

“Dear fans and people who have supported us when we had bloody nothing,” he wrote in the post, “Your [sic] the kings and queens who are us and we love you.”

“But I completely Underatand that the group see them selfs as a four piece.but let’s be honest. Ego is destroying a full Westlife reunion [sic].” 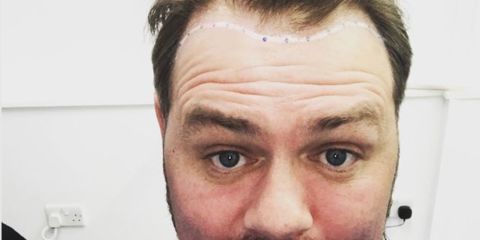 He later clarified what he meant, in another tweet that has also now been deleted.

“For the record. I have spoken to senior members of the westlife project saying a major offer is on the table for a 5 man reunion,” he shared.

“That’s fine but you have to respect the wishes of shane mark nick and Kian. If they only want to be a four piece I respect that.”

One tweet that managed to escape the culling on Twitter was this one, in which Brian responded to a fan saying that there was “nothing [he] can do” about making Westlife a five-piece group again.

“Pal o would love us to sing the old songs but they’ve got a complex against me,” he wrote. “Nothing I can do.”

Digital Spy has reached out to representatives for Brian McFadden for additional comment.

Both Louis Walsh and Shane Filan have publicly said that they consider Westlife to be a four-person group now, with the latter specifically stating that Brian has been out of the group longer than he was in it.

“We all had a good relationship with Brian, then he just left the band very early on. And I don’t think we would ever reunite with him,” Shane said earlier this week.

“I honestly see Westlife as being four people now. The four people who started and finished Westlife are what I consider the band. Brian has been out of the band longer than he was in it. If we ever reunited down the line, it would only be the four of us.”

The Rolling Stones BST review: Mick Jagger and Keith Richards knocked it out of Hyde Park