Follow
Home » Music » Brotzmann/Leigh review: The loud, living soundtrack to what it is to be human

Brotzmann/Leigh review: The loud, living soundtrack to what it is to be human 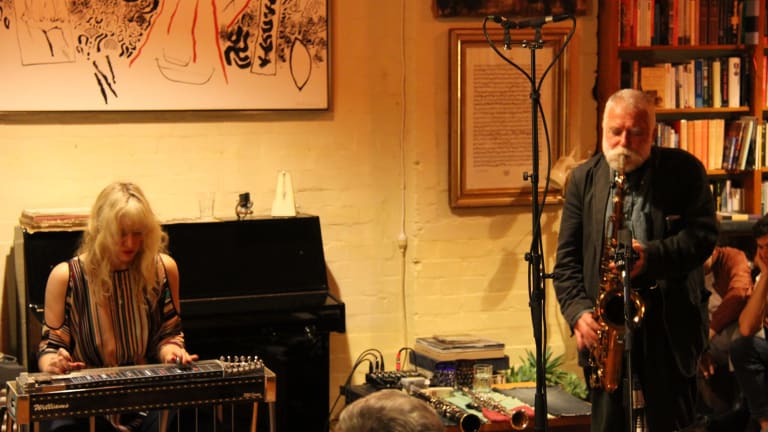 If bleeding made a sound: Heather Leigh and Peter Brotzmann.

People's Republic of Australasia, May 2 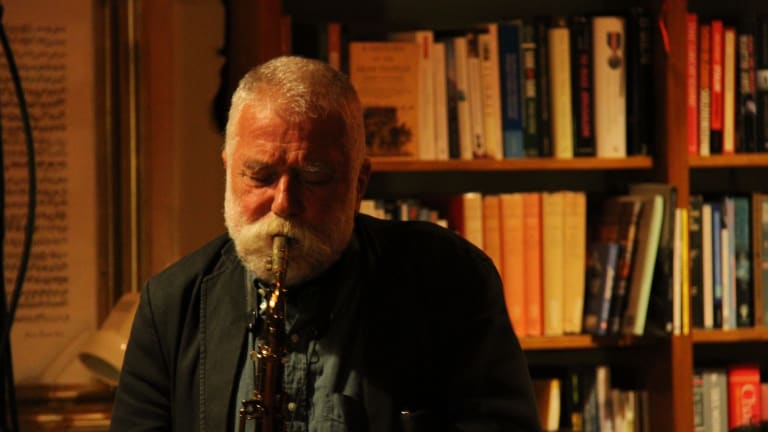 Peter Brotzmann was a key spark in igniting the fire of free jazz in Europe nearly 55 years ago.

On the one hand the veteran German saxophonist's playing is of such ferocity as to seem a force of nature, and yet on the other it is so profoundly human as to be the most primal music I've heard. He also makes the biggest live sound on a saxophone, and I've heard a few of the likely contenders.

Brotzmann​, who has not toured Australia for three decades, was a key spark in igniting the fire of free jazz in Europe nearly 55 years ago. The first time I heard him on record was a physical as well as an emotional jolt. This first time in the flesh was overwhelming: exhilarating, heart-rending​ and terrifying in equal measure. Especially fascinating was the way his playing's sheer emotive power bent one's aesthetic sense until that torrential primal force metamorphosed into beauty.

In typical fashion he has now found the most improbable instrument to interact with his monumental saxophone (primarily tenor) playing: a pedal steel guitar. But then American Heather Leigh is hardly your average pedal steel player. She doesn't deal in country-and-western soundtracks to first loves, divorces and suicides. She uses it as a post-Hendrix weapon of the apocalypse, with a narcotic rush of distortion adding infinite layers of overtones to make a sound of comparable breadth and drama to Brotzmann's​.

She also provides simple harmonic beds upon which the saxophonist can pick the scab off the wound that is life. If bleeding made a sound it would be this. Brotzmann's​ improvisations were musical incarnations of grief, ecstasy, anguish, rapture, fury and all the other extremes of being human.

Did I mention that it was loud? Amplified in a small room for this invitation-only concert it sounded like Harley Davidson using a saxophone for its exhaust system. You could feel your fillings loosening in your teeth. Would I have preferred it softer? Yes, but then the devastation would have been diminished, too.