BTS: Jin and Jungkook Made a Surprise Cameo in Suga's Music Video for 'Daechwita'

We stan supportive band members. On May 22, Suga released his second mixtape under the persona Agust D, D-2. It’s a blink-and-you-miss-it moment, but in Suga’s new music video for “Daechwita,” the mixtape’s lead single, BTS’s Jin and Jungkook make a surprise cameo. 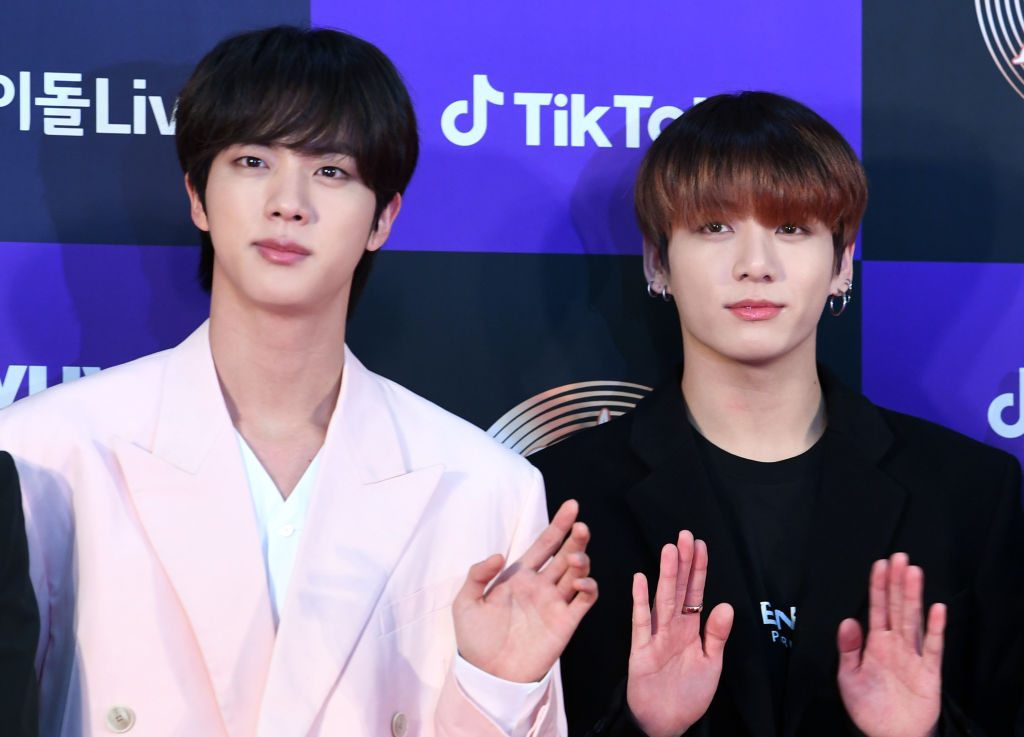 ‘Daechwita’ is the lead single from Suga’s new mixtape

“Daechwita” serves as the mixtape’s lead single, and Suga released a music video as Agust D for the song. “Daechwita” combines traditional Korean military music and instruments with modern hip-hop beats, and the music video reflects that styling. In the music video, Agust D portrays two different characters. One of historic Korean royalty, and another modern character.

“The first thought I had was that I wanted to sample the music that is played during the ceremonial walk of the King, so naturally, Korean elements ended up being an essential component to the track as well as the music video,” Suga told TIME.

To fans’ surprise and amusement, Jin and Jungkook make a cameo in the “Daechwita” music video. A minute into the video, Jin bumps into the dark-haired Agust D character and turns around, inadvertently hitting Jungkook as he walks by. Agust D keeps walking and rapping to the camera, while Jin and Jungkook begin to quarrel in the background.

“Oddly comforting knowing that in every reincarnation jinkook are together and also bickering,” a fan tweeted.

“That bangtan bomb is gonna be funny as h*ll. can’t wait to see jungkook and jin practicing how they were gonna fight and jungkook making fun of jin’s beard,” one fan tweeted.

“Yoongi rapping while jinkook throw hands in the background has to be the best thing I’ve ever witnessed,” another fan tweeted.

There was a countdown leading up to Suga’s mixtape

Before Suga released D-2 as Agust D, there was a special countdown for BTS fans on Twitter. Starting on May 17, Big Hit Entertainment posted a clue every day at midnight KST. Each hint featured a grayscale picture that became clearer every day, as well as a countdown beginning with “D-7.”

RELATED: What Are BTS and Big Hit Entertainment Counting Down To?

In an interview with Billboard, Suga discussed why he released the album earlier than expected.

“I like surprises, so I came up with the release promotion myself. I didn’t want to release it on D-DAY, and also wasn’t satisfied with just Agust D 2. So I wanted to release it on D-2 to surprise the people who were waiting for it to drop on D-DAY,” he said.