Follow
Home » Music » BTS: Jin Reveals How His Cameo With Jungkook in the 'Daechwita' Music Video Came to Be

On May 22, Suga of BTS released his second mixtape under the persona Agust D titled D-2. “Daechwita” is the mixtape’s lead single and features a stellar music video that was released on the same day as the mixtape. In the music video for “Daechwita,” Jin and Jungkook of BTS make a brief cameo. Recently in a BTS Episode on YouTube and a VLIVE with RM, Jin revealed how the cameo happened. 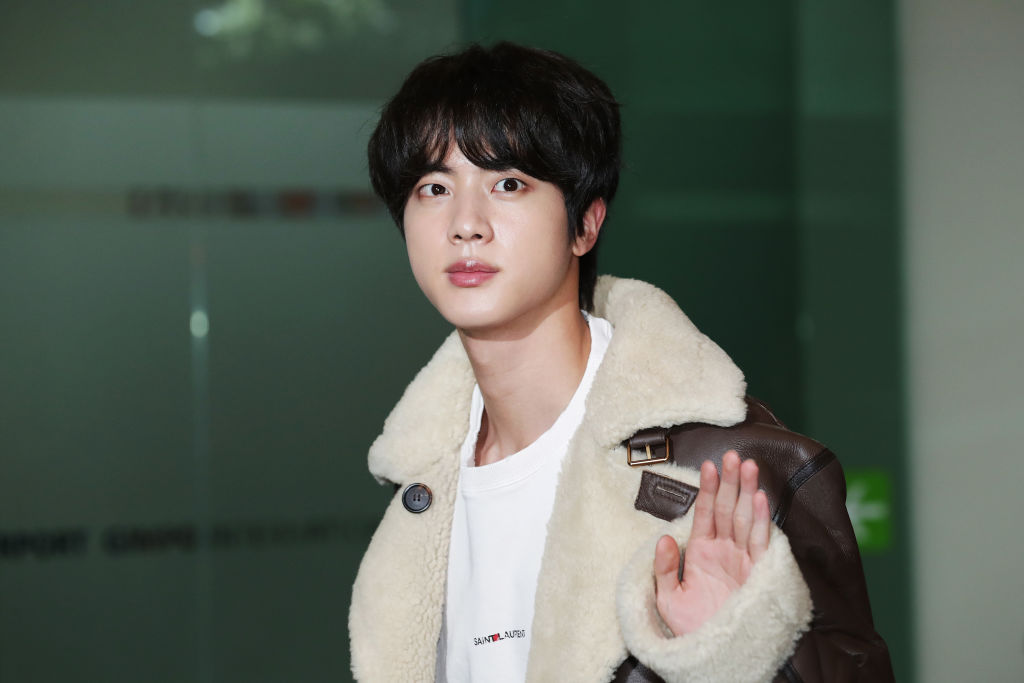 Jin and Jungkook appeared in the ‘Daechwita’ music video

About a minute into the “Daechwita” music video, Jin bumps into the dark-haired Agust D character and turns around. While doing so, he accidentally hits Jungkook with a fishing rod. Agust D keeps walking as Jin and Jungkook start to fight in the background.

On May 24, Jin and RM held a VLIVE livestream for BTS fans. During the VLIVE, Jin briefly discussed his cameo with Jungkook in the “Daechwita” music video. He said that there were two different versions of the cameo.

The one used showed Jin hitting Jungkook with a fishing rod and the two fighting. The second version which was not included had Jin and Jungkook dance behind Suga in the background. Jin also said appearing in the music video made him realize he should not grow a beard.

RELATED: BTS: Jin and Jungkook Made a Surprise Cameo in Suga’s Music Video for ‘Daechwita’

Big Hit Entertainment also released a BTS Episode on the BANGTANTV YouTube channel on May 24. The new BTS Episode gave fans a glimpse at the making of the “Daechwita” music video. During the episode, Jin and Jungkook told fans about their cameo.

“We’re here as backgrounds,” Jungkook said. “Don’t think of us as BTS. We are Kim Seok-Jin, actor, and Jeon Jung-Kook, actor.”

“From the look on jungkook’s face u already know that THEY were the ones who begged to be in the daechwita mv,” one BTS fan joked on Twitter.

The BTS Episode then showed the various shots of the cameo, including the alternate version that was not chosen for the final cut of Jungkook and Jin dancing.

While Jin and Jungkook were in the “Daechwita” music video, J-Hope visited the set to show his support for Suga.

As a song, “Daechwita” incorporates traditional Korean military music and instruments along with modern hip-hop beats. That is displayed in the music video which has historical Korean backdrops and set pieces, and Suga portrays two different Agust D characters, one is a king and the other is a modern character.

BTS, cameo, His, How, Jin, reveals
You may also like:

Lady A, the Blues Singer, Responds to Band’s Lawsuit: ‘They Always Knew What They Were Gonna Do’

Doves Return With First Album in 11 Years, 'The Universal Want'

T.I. Thinks He Has a Better Career Than 50 Cent After Being Told He’s Not Ready for Song Battle