Next time you hear a classic Cheap Trick song such as Surrender or Dream Police, consider one thing: they only exist because of Australia's biosecurity laws.

"I tried to emigrate to Australia in 1971," offers guitarist Rick Nielsen. "I'd never been but I was an adventurous, young, crazy-stupid guy, and the music scene was awful in the United States. And they said if you moved they would grant you 10 acres of land or something. But I had a dog that was my child at the time, and I couldn't bring it because of the quarantine. I was declined." 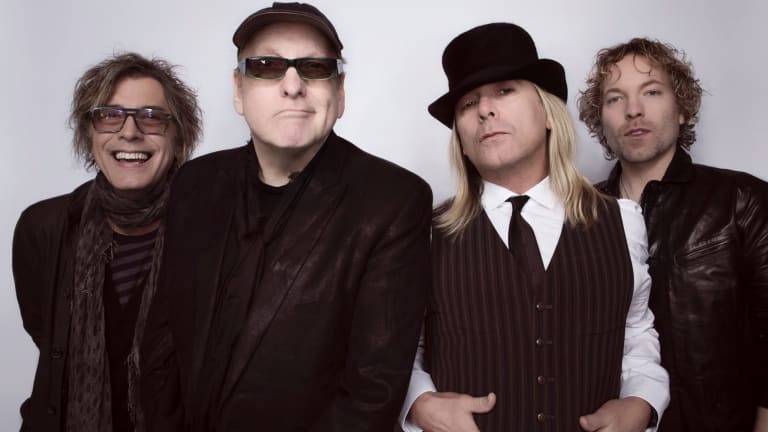 Three years later Nielsen formed Cheap Trick in his hometown of Rockford, Illinois, kick-starting a career that is in rude health 44 years later.

He may not have moved to Australia, but Nielsen's relationship with the country and its people has been long-standing. Cheap Trick toured with AC/DC in the late-1970s and Nielsen says he was responsible for introducing frontman Bon Scott to his first Mexican meal.

"He'd never had Mexican food," he chuckles, speaking from a hotel in Cleveland, midway through the band's US tour with '80s glam-metal stalwarts Poison. "He was a great guy. I loved the guy. I loved all the guys in AC/DC."

In October Cheap Trick will venture to Australia in support of their yet-to-be-titled 20th studio album. It comes off the back of their 2016 induction into the Rock and Roll Hall of Fame, and the release of two records in 2017.

In an age when most heritage acts are content to trade on nostalgia, 69-year-old Nielsen is pragmatic about the band's desire to create.

"We're a band, we write songs, we play," he says. "It's not because we think we're going to have some big hit single. We have songs inside us, so we try to get them out. My line to everybody is we're just too dumb to quit."

It's a work ethic the band ascribed to from the start.

"Rockford, Illinois, is not known for being the rock'n'roll capital, but there was always work around there and we were always willing to work," Nielsen says.

By the time Cheap Trick formed in 1974, Nielsen had already compiled an impressive CV, having played with artists such as Chuck Berry, Del Shannon and Bo Diddley. One of his most cherished studio sessions came years later, though, when he was hired by John Lennon to play on 1980's Double Fantasy album.

A lifelong Beatles fan, Nielsen had some advice for his musical hero.

"I was at the studio and he had this Baleno guitar. It's like someone picking up my five-neck guitar and saying, 'Hey Rick, let me learn on this thing.' It's not a very good choice. So I said, 'You're John Lennon, I'll take you guitar shopping. Let's get you some cool stuff.' He needed a better guitar!"

As for whether he still gets the same buzz writing as he did when he penned classics such as Surrender and I Want You To Want Me?

"Bits of it, yeah. It's more complicated than it used to be being me. Nobody asked me for an interview [back then], and I've got five today. Nobody asked my opinion when I was writing Surrender. I was on my own, and you write it because you get a kick out of it. It's fun to do it."

And if it all ended tomorrow?

ac/dc, acdc, Cheap Trick, rick nielsen
You may also like: