Another day, another development in the relationship drama between Jacqueline Jossa and Dan Osborne.

Taking recent tabloid rumours to task, former EastEnders actress Jacqueline has insisted that reports that her daughter is no longer living with her are “crap”.

“I have read some crap, and ignored, but obviously my daughter is living in her house! With me! OMG!!” she wrote on Twitter earlier (May 8).

Both Jacqueline and her husband Dan have commented on rumours that they are separating, insisting that there are ‘two sides’ to every story.

Speaking to OK!, the EE star recently said that no-one ‘actually knows’ what is happening between her and Dan – “only we know”, she added.

“People shouldn’t jump to any conclusions and I’m in the last few weeks of my pregnancy so I don’t need the stress,” she said, before confirming that her husband will be present at the birth of their second child together.

“Dan will be with me,” she revealed. “I’m going to stick to who I had last time, so I just had my mum and Daniel.”

Appearing on Loose Women last week, Jossa insisted that she was “fine” and that not all of the reports in the media are “necessarily true”. 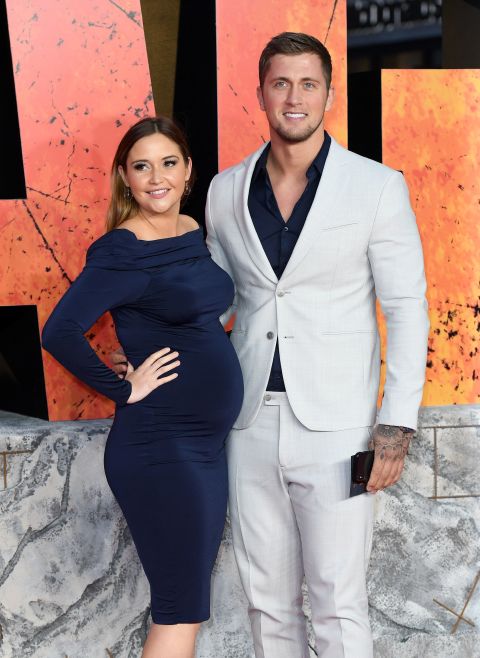 “I think, you know, when stuff goes on at home, it’s not normal to be everywhere – and it’s not necessarily true the reasons why you’re not getting on at the moment.”

Jacqueline and Dan married last summer after four years together. They have a 3-year-old daughter, Ella, while Jacqueline is currently pregnant with their second child.