Harry Potter author JK Rowling has yet again desecrated someone on social media.

This time, it was Daily Telegraph journalist Christopher Hope, who isn’t happy about the lack of a stamp commemorating Brexit.

Royal Mail have, however, issued a new set of stamps featuring several lovely-looking owls. That prompted Hope to tweet this…

JK Rowling – who obviously has a vested interest in owls and has done everything she can to make people acknowledge them as a reliable form of postal delivery – was quick to respond.

Of course, as ever, JK’s fans were there to back her up.

The stamp collection includes barn owls, tawny owls and short-eared owls, which all Harry Potter fans will now surely stick in the corner of every letter.

Meanwhile, Rowling seems to have ruled out a sequel to her Harry Potter West End play, The Cursed Child, stating that she has told the story she wanted to tell.

She said: “I think we really have now told, in terms of moving the story forward, the story that I, in the back of my mind, wanted to tell.

“I think it’s quite obvious, in the seventh book, in the epilogue, that [Harry’s son] Albus is the character I’m more interested in. And I think we’ve done the story justice. 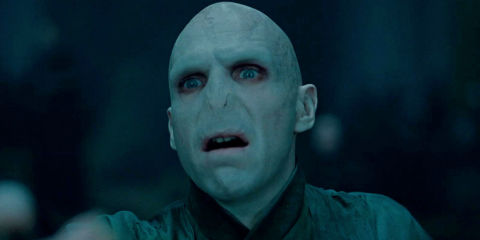 “So I think pushing it on to Harry’s grandchildren really would be quite a cynical move, and I’m not interested in doing that.”

At least Potterheads still have Fantastic Beasts: The Crimes of Grindelwald to look forward to.

Fantastic Beasts: The Crimes of Grindelwald hits cinemas on November 18.

The Rolling Stones BST review: Mick Jagger and Keith Richards knocked it out of Hyde Park