Jake Bugg Factory Theatre, Marrickville, April 19 ★★★½ Anybody who had not heard Jake Bugg's speaking voice before this solo acoustic show was in for a surprise.

As he politely rebuffed the shouted requests that began from after opener How Soon the Dawn – "I think I'll pick the songs, OK mate?" – he was still the boy from the Nottingham council estate. 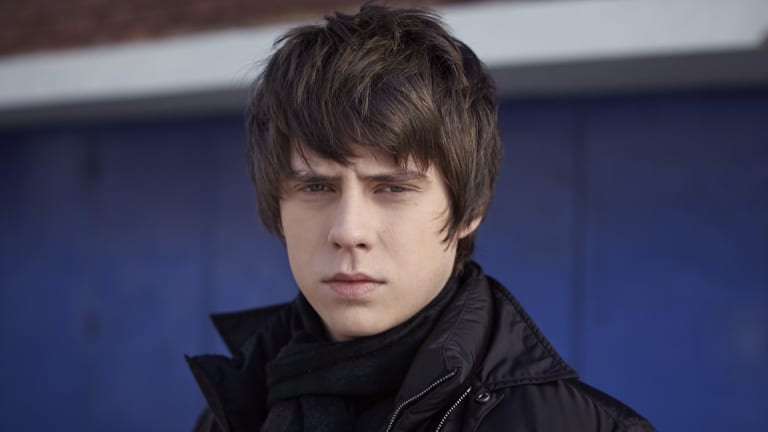 Jake Bugg has fine songs to marry to his unique voice.

But when the 24-year-old opened his mouth to sing, there emerged a keening, nasally creature from somewhere between the American prairie and the moorlands near his English hometown.

Knowing the records did not diminish the surprise of hearing Bugg's vocals live. One could try and name the antecedents – Jimmie Rodgers, Bob Dylan, Nick Drake, all toking from a helium balloon – but in truth there's nothing else like it out there.

Bugg has fine songs to marry to it, even if they still reflect a limited world view. But hanging out with the lads, smoking weed and dreaming of escape became first-person thrill rides on tracks such as Seen It All and Trouble Town.

Bugg's way with an acoustic guitar meant the band arrangements of the albums were barely missed throughout this set. His aren't the fanciest fingers on the fretboard but he has a great instinct for dynamics, holding back his heaviest strum for several breathtaking climaxes.

The velocity of his playing did seem to mask emotional distance from him at times. This was the first show of his Australian tour, so maybe jet lag was to blame, but his renditions of big hits Two Fingers and Lightning Bolt felt a tad perfunctory.

However, Bugg was fully present for Broken, the heartbreak ballad from his first album that became a terrace chant on this night. It's the song most likely to outlive him.

Earlier, Wollongong's Tyne-James Organ had wowed those listening with a big blue-eyed-soul voice almost as striking as Bugg's. On Watch You Go, about his dad's passing from cancer, the 22-year-old provided the night's most affecting moment, and on a take on Michael Jackson's The Way You Make Me Feel, its funkiest.