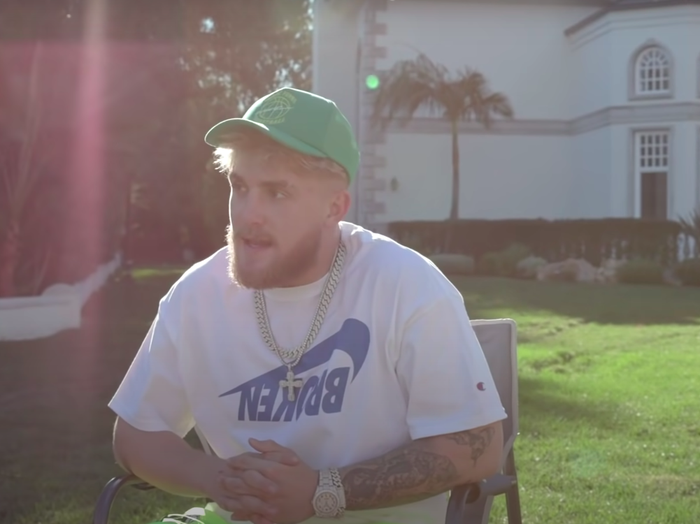 Jake Paul is leaving behind his "problem child era" and saying goodbye to his Team 10 mansion in Calabasas. The YouTuber also revealed he is leaving California altogether.

"I've lived here since I was 17 and to leave it all behind isn't easy," he said in a video posted to his channel on December 30. "This house is nostalgic, and this is probably one of the hardest decisions I've ever had to make in my life."

He said to sell the house and to move outside of Los Angeles wouldn't be easy, "but me, my team, my friends, my parents, everyone thinks it's the right decision."

He said the main reason for leaving LA, where he has lived for almost six years, is to start a new chapter where "I am a legitimate pro-fighter."

"Being in Los Angeles, there are so many distractions, there's so much going on, and it doesn't really allow me to focus on training," he said.

Paul, who has 20 million subscribers on YouTube, has shifted his focus from making online content to boxing. He knocked out former NBA player Nate Robinson in a cruiserweight match on November 28, and now has his sights set on Conor McGregor.

A move from the $7 million mansion has probably been on the cards for a while, considering Paul has somewhat outgrown the obnoxious stunts he used to pull with his now-redundant crew. Nonetheless, Paul said it would be difficult to sell the home, as "some of the best times of my life have been at this house."

"I have set many goals for myself throughout my life," he said. "This next goal is to become the biggest prize fighter in the world. That's a large shoe to fill, and the only way to step into it is to fully immerse myself as a legitimate fighter."

Paul didn't say where he is moving to, saying he is "taking it day-by-day" at the moment. But he may choose to move back to Ohio where he and his brother Logan Paul are originally from, or set up a new base in Las Vegas.

Watch the full video below.

Meat Loaf Remembers Jim Steinman: 'He Was the Centerpiece of My Life'

Chemical Brothers Return With Optimistic Song 'The Darkness That You Fear'

Michael Jackson tour: Why MJ may have done ‘gruelling’ tour to pay bills – ‘Tapped out’