"I thought I had a heart like Phar Lap's," Jimmy Barnes told us at this "stories and songs" show in support of his latest memoir Working Class Man. 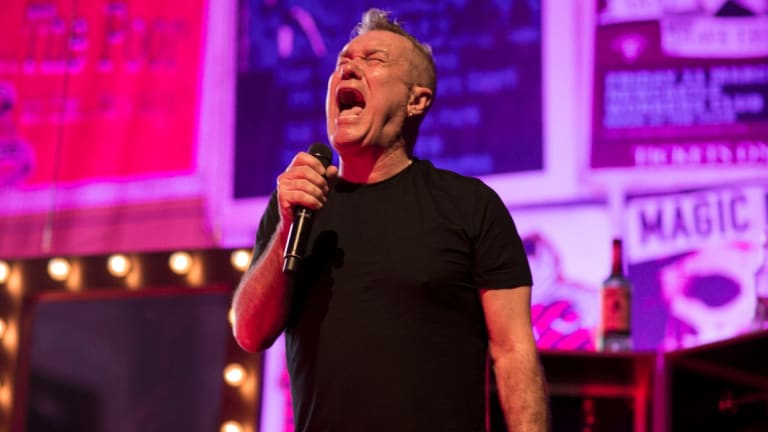 Open heart surgery in 2007 dispelled that notion but his lungs and vocal cords remain his most vital organs anyway.

As Cold Chisel's frontman confessed in riveting, excruciating detail, his body has endured "the longest suicide in Australian music history".

Yet having once been drowned in enough booze to flood Bow River and enough coke to snort up the salaries of several working class men, it is still producing a voice that, on this night, sounded as good as ever.

The holler for which Barnes is known was there on a hair-raising cover of the Troggs' Wild Thing and his own anthemic No Second Prize, which he revealed became a mantra for him in the uncertain months after leaving Cold Chisel.

But there was light-and-shade in a stark, piano-led version of Letter to Alan, from Chisel's final album, made more affecting by Barnes's recounting of its inspiration, roadie Alan Dallow's death in a car crash while ferrying gear between gigs.

Barnes consulted notes at his feet during his monologues but there was no sense he was ever going through the motions.

Just how in-the-moment he was throughout this show was evident directly after he recalled the night in Auckland in 2012 when, in a drugged stupor, he had tried to hang himself.

"Love ya Jimmy!" yelled a drunk, to which Barnes replied, "Shut the f— up," his face screwed up with emotion.

Barnes's message in these shows is that the kind of poverty he suffered in Adelaide (recounted in a similar stories-and-songs tour in 2016) is not any family's fault but a "disease" which we all have a responsibility to end.

Men need to talk about the lifelong impacts of such deprivation, he said.

As Barnes brought the Town Hall down with a bluesy, deep reinvention of Working Class Man, he was leading that conversation as powerfully as he ever has.