“I know that my father would have been really thrilled to be accepted, officially in this way, on a stamp,” Sean Lennon said at the event. “About as official as it gets, I think.”

John Lennon was a noted philatelist: In 2016, Lennon’s personal collection of stamps, which he started as a child, displayed at the World Stamp Show in New York City following a residency at the Smithsonian National Postal Museum.

Lennon’s own U.S. postage stamp uses the same Bob Gruen-shot photographed from the Walls and Bridges photo session in 1974; Gruen also spoke at the stamp’s unveiling Friday, the Associated Press reports. The “Forever” stamp is also designed to look like a 45″ vinyl single as a record peeking out of a sleeve is featured at the top of the 16-stamp sheet.

The John Lennon stamp is available to order now through USPS.

“Everybody loves to listen to John’s songs and I’m very proud of it, but also the fact that this day, Imagine and you guys are here. It’s incredible,” Ono said at the USPS ceremony.

Imagine: the Ultimate Collection, an upcoming box-set anthology of the celebrated 1971 LP Imagine, is due out October 5th. 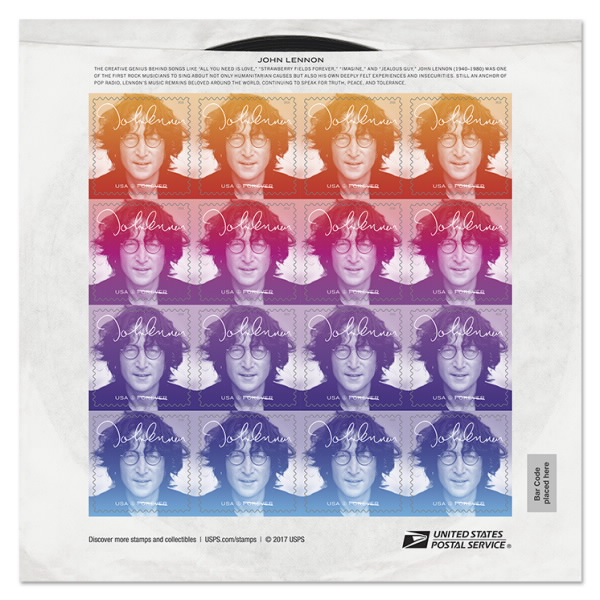 The 1 Time Blake Shelton Was a Real-Life Hero

Elvis Presley bombshell: Did Elvis write his own songs? The truth