Follow
Home » Music » From Las Vegas to Brisvegas: The Killers kill it in Brisbane

From Las Vegas to Brisvegas: The Killers kill it in Brisbane

It didn’t take long for the big guns to come out.

The Killers lived up to their name at the Brisbane Entertainment Centre on Friday night, slaying the crowd from the moment the opening riff of Mr Brightside played under the house lights. 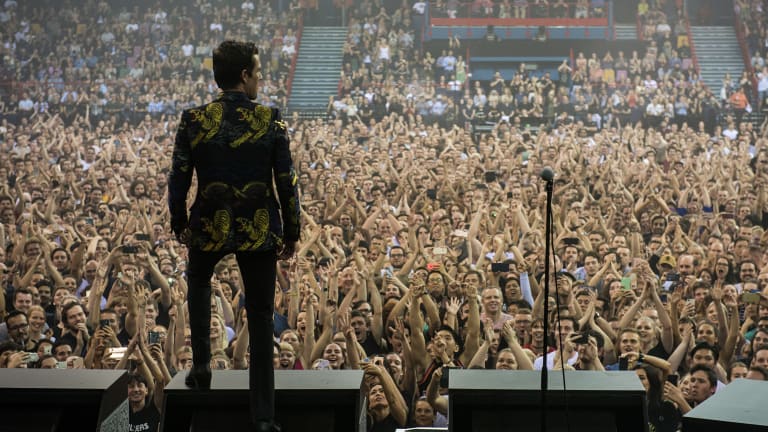 That distinctive riff of the Las Vegas natives' 2003 break-out hit, which comes as the Saints’ (I’m) Stranded – arguably the most important song to come out of Brisbane – fades from the PA, has the sold-out arena jumping from the start.

The Killers clearly know their product.

Those house lights, which remained on for the duration of Mr Brightside, give the show an intimacy usually lacking in arena performances.

And charismatic frontman Brandon Flowers, who has seemingly not aged a day in the 15 years since the song was released, has the Boondall crowd eating from the palm of his hand from the get-go.

The lights go dark and the bells and whistles start. We’re back in proper arena territory and don't these boys know how to work it.

The band that wowed viewers watching last year’s AFL Grand Final is once again in fine form, nine years after their last Brisbane show at this very venue.

There’s no Jack Riewoldt on stage tonight, but there is Hamish Rosser.

The ex-Vines and current Wolfmother drummer was plucked from the crowd, seemingly at random, after flashing a sign, to get behind the kit.

“I think that’s Hamish from the Vines,” Flowers says as Rosser comes on-stage and is handed the drumsticks from Ronnie Vannucci Jnr, giving the Killers’ drummer a short-lived stint on guitar.

Rosser steals the show in the allegedly unrehearsed For Reasons Unknown. Whether or not his appearance was entirely coincidental matters not – it’s still great theatre.

And the theatre doesn’t let up. 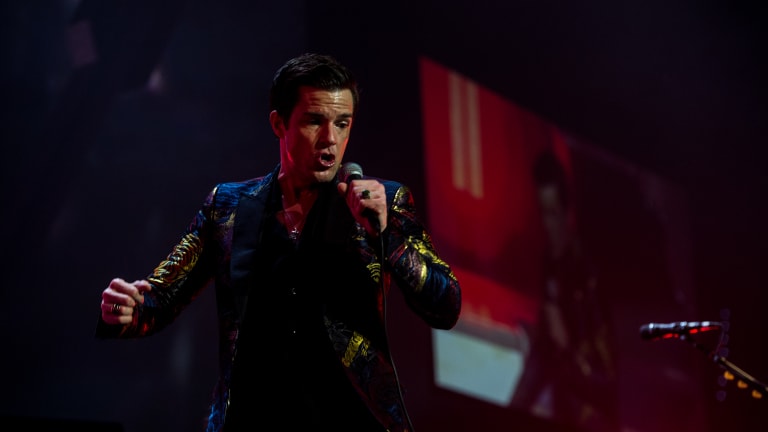 Flowers had the crowd eating from the palm of his hand.

That great refrain from All These Things That I’ve Done – “I got soul but I’m not a soldier” – is sung by 12,000 non-soldiers, with a beaming Flowers conducting the Brisbane choir like a dapper Amadeus, before the band has its customary pre-encore departure.

For the encore, support act Alex Cameron joins the Killers on-stage for his song, Runnin’ Out of Luck, a nice touch for the cult anti-hero of Australian music.

When You Were Young rounds off the encore and Flowers takes his bow.

The last word goes to Vannucci, who expresses his delight at being in the “best f—ing country in the world”.

Oh, Ronnie. I bet you say that to all of us!

The Killers killed it in Brisbane tonight. On tonight’s performance, that killing spree is set to continue right across Australia.