Lizzo's Most Empowering Quotes to Get You Through the Week

Lizzo has emerged as one of the most popular new artists over the past year, and with good reason.

The 31-year-old hip-hop and pop star, who is nominated for a whopping eight honors at the upcoming 2020 Grammys, including Best New Artist.

But it is not just her music that has inspired millions of people. It’s her heart, and Lizzo has touched her fans’ with empowering quotes about body positivity and self-acceptance.

That’s not to say that she doesn’t have her critics; Earlier this month, former Biggest Loser trainer Jillian Michaels criticized Lizzo’s weight while praising her music talent, promoting accusations from fans of fat-shaming. The artist herself appeared to have a pretty NSFW clapback, and was soon back onstage promoting body positivity.

Check out Lizzo’s most inspiring quotes: How to Save the World…According to Lizzo

“I’m all about body positivity and self-love because I believe that we can save the world if we first save ourselves,” Lizzo told fans at a show in Sydney, Australia in January 2020, according to local newspaper The Daily Telegraph. 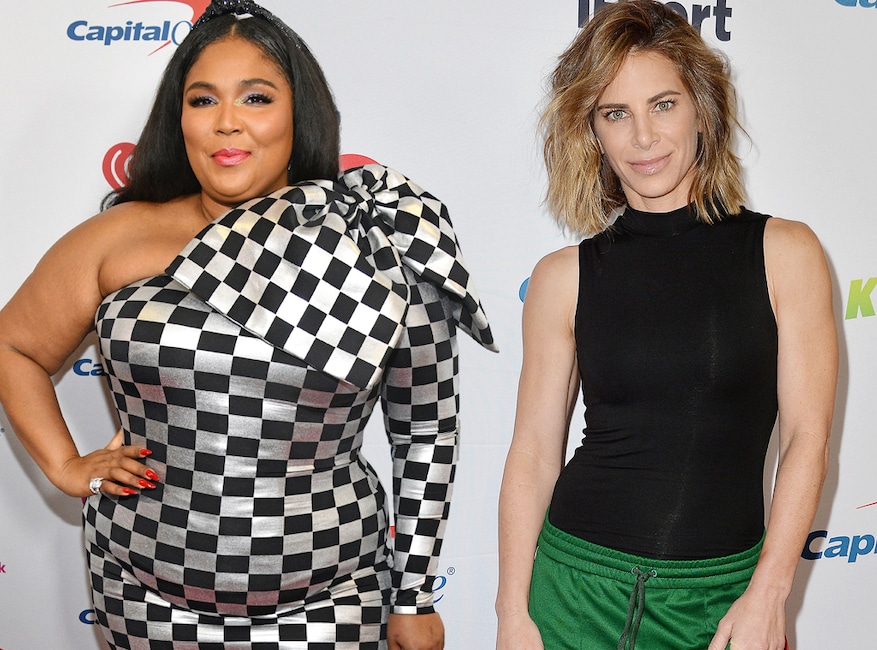 In January 2020, the former Biggest Loser trainer said on Buzzfeed News’ digital series AM to DM, “Why are we celebrating [Lizzo’s] body? Why does it matter? Why aren’t we celebrating her music? ‘Cause it isn’t going to be awesome if she gets diabetes.” Fans accused Michaels of fat-shaming the star.

Lizzo later said on Instagram, “I have done nothing wrong. I forgive myself for thinking I was wrong in the first place. I deserve to be happy.” She also said, “If my name is in your mouth, so is my p—y, bitch. Enjoy the flavor!”

“And the argument that I’m trying to make is that I think people have felt so marginalized for so long and so excluded for so long, that the pendulum has swung to this place where it’s like, ‘You can’t hurt me with this, I love being overweight,'” Michaels continued. “And that’s the part where I, as a health expert, have to say, this will kill you.”

“I don’t celebrate anyone being overweight because it kills people,” she said. “And denying that fact because it’s politically correct isn’t honorable and isn’t virtuous. It’s irresponsible and arguably dangerous. I just, I’m sorry I won’t lie because it’ll make you like me. I don’t think it’s doing anyone any favors.” 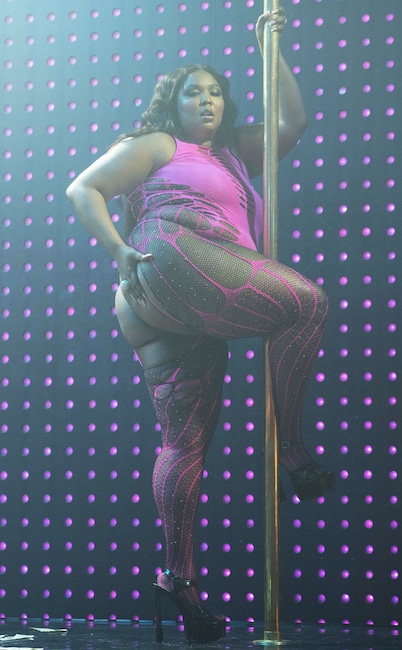 In May 2019, Lizzo, who plays a stripper in Hustlers, told Essence, “I love creating shapes with my body, and I love normalizing the dimples in my butt or the lumps in my thighs or my back fat or my stretch marks. I love normalizing my black-ass elbows. I think it’s beautiful.”

“I made a decision to be myself because I knew I had no choice,” she added. “Sometimes the label ‘unapologetic’ bothers me because it can be loaded, because it means we have to apologize for something in the first place. I’m not ignorant to the fact that we had to have a demeanor of lowering ourselves culturally just to exist. But I’m trying to shake up the narrative about how we’re supposed to act.” 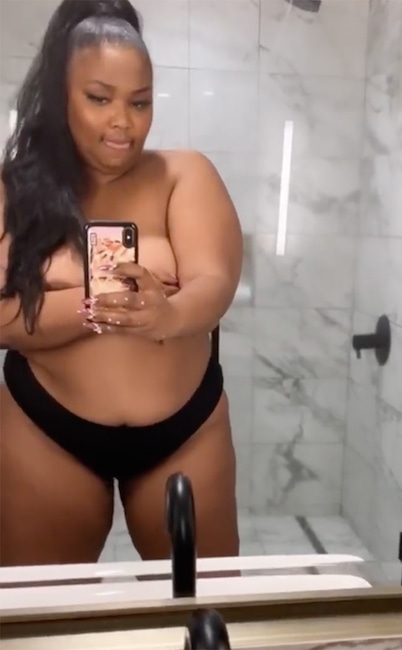 In May 2019, Lizzo shared a topless mirror selfie on Instagram, writing, “Can’t tell if I look better w/ or w/out clothes.” 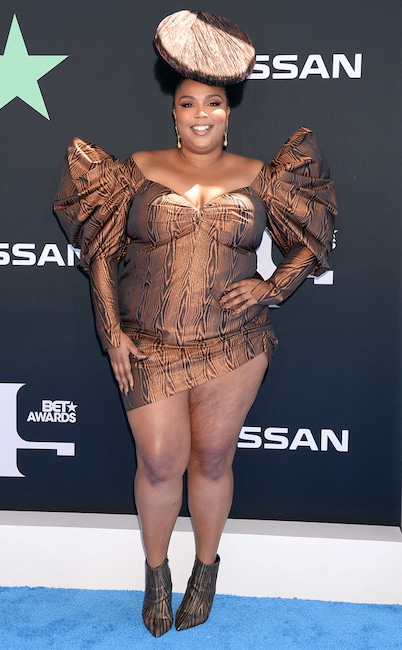 At the 2019 BET Awards, Lizzo told E! News, “Last year I came to the BET Awards, I tried to go to the carpet and the carpet closed and they were like, ‘You gotta just go inside.’ And now I’m on the carpet doing all these interviews, taking all these pictures, feeling like that bitch, nominated and performing on the main stage. I couldn’t ask for a better glow up.” 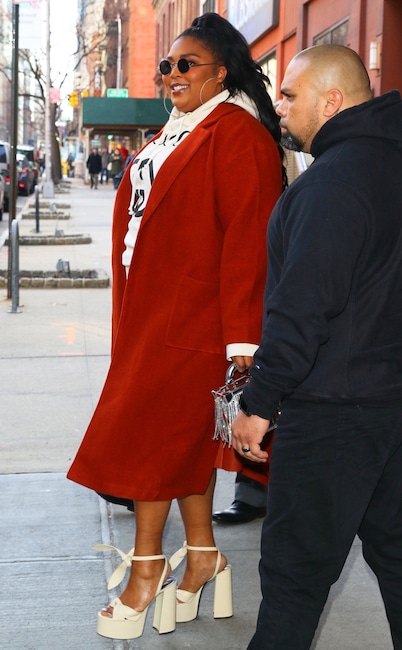 Say No to Racism

In June 2019, Lizzo said a racist and “bigoted” security guard attacked members of her team at Summerfest, tweeting, “Friendly reminder that you don’t have to say the ‘n word’ to be racist. That’s not the sole requirement. Asking people to prove racism is another tool the oppressor uses to marginalize and discredit us.” 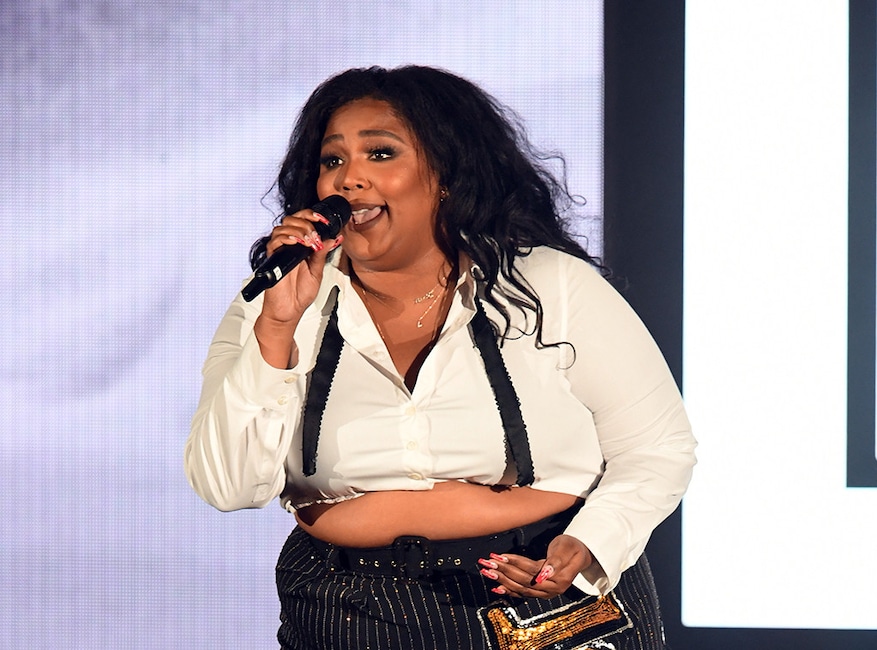 “I want people to feel good! We can heal the world but first, we have to heal ourselves,” Lizzo told fans while performing at the 2019 We Can Survive benefit concert supporting the American Cancer Society. 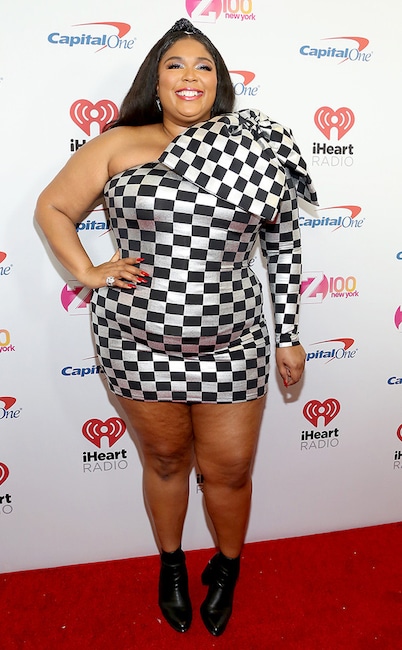 No to Non-Single Men

“Please do not send me poems, letters, or paintings if ur side bitch is still playing dress up in ur home,” she wrote on Instagram in November 2019. “I’m doing great. Leave me alone, thanks.” “When I get really, really anxious before a show, I just go harder and harder and harder when I’m performing and I just go crazy,” Lizzo told British Vogue in fall 2019. “I don’t know why, but my anxiety sometimes fuels who I am as a performer and who I am as an artist – and I know that is not the case for everyone. I don’t know if my body just, like, out of a desperate need to find a place for my anxiety or find a use for it, takes it and puts it there.” 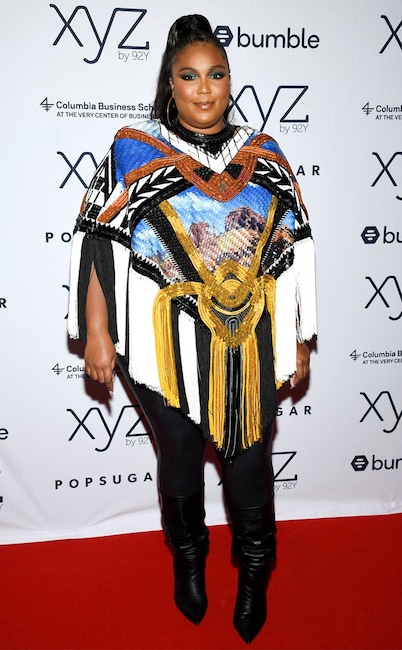 On Jimmy Kimmel Live! in November 2019, Lizzo joined celebs in reading Mean Tweets. One of them said, “Lizzo. Bus passes and happy meals. Two things that I imagine #Lizzo has seen a lot of.” She responded, “Yeah, I’m a big bitch and I ride a bus. A tour bus, motherf–ker. Where’s yours?!” 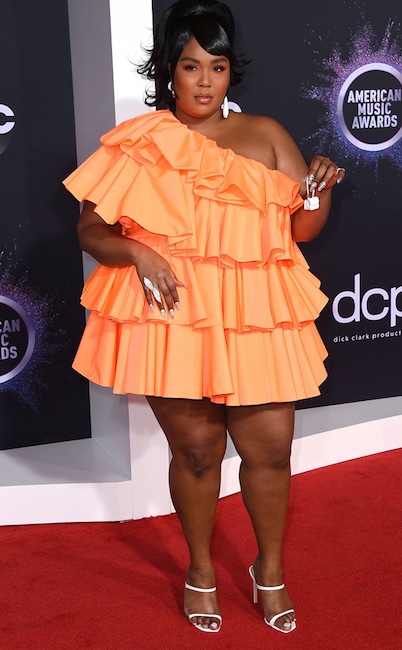 Lizzo attended the 2019 American Music Awards sporting what she said was a “bag big enough for my f–ks to give,” adding, “Big body bitch in a Valentin-HO custom look for.” 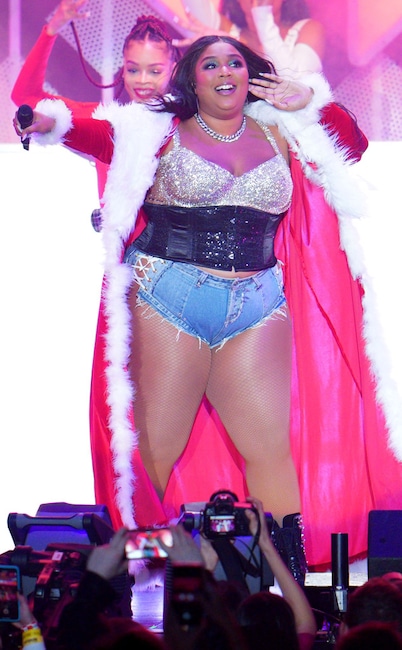 Later in her set, she told the crowd, “Thank you for accepting me for who I am. I want to let you know that if 20,000 people can accept me for who I am, the whole world can fall in love with you.” 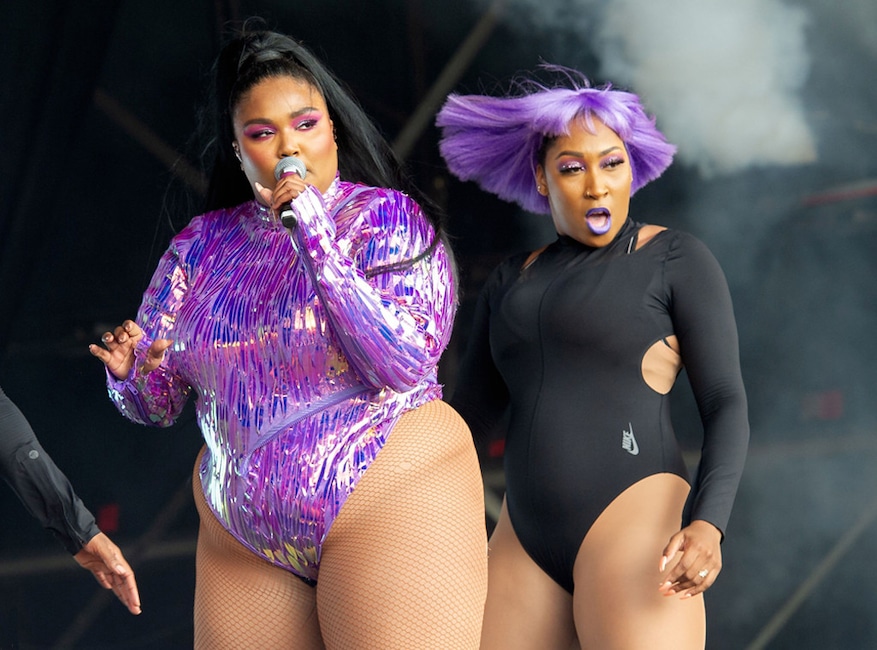 Learn to Love Your Butt

“You know how long it took me to fall in love with this body?” the longtime body positivity advocate said on CBS This Morning in December 2019. “My butt was my least favorite thing about myself. And I learned to love it. And now it’s the thing everybody can’t stop talking about… Be you. Do you. Don’t let anybody steal your joy.”

Check out a full list of nominations for the 2020 Grammy Awards.