Follow
Home » Music » Lucero on making it big: It’s all bulls–t and we don’t care

Lucero on making it big: It’s all bulls–t and we don’t care

Country-punk rockers Lucero know a thing or two about paying their dues. Twenty-one
years after forming in Memphis, Tennessee, they’re currently enjoying the biggest purple
patch of their career off the back of their ninth studio album, 2018’s Among The Ghosts.

The quintet recently landed their first national TV appearance in the US, headlined
Colorado’s famed Red Rocks Amphitheatre, and not long ago returned from their most
successful UK tour. Regardless, frontman Ben Nichols isn’t getting ahead of himself.

“I don’t think we’re ever going to challenge Beyonce’s spot at the Superbowl, we’re not on
that track,” he chuckles gruffly. 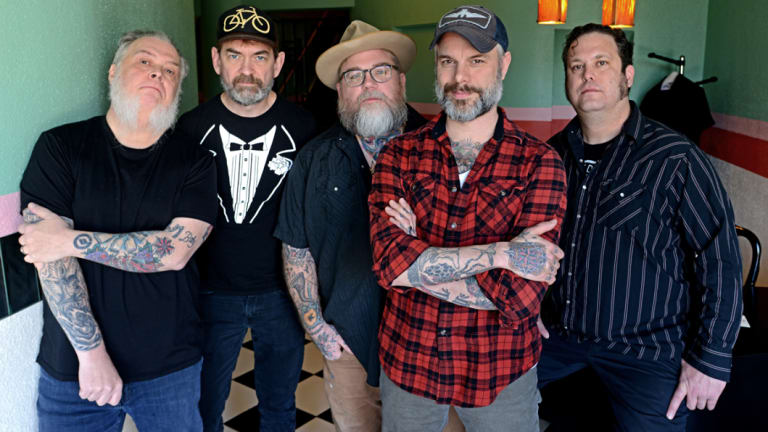 “I wouldn’t say we’re exactly blowing up with this record. It seems that every time you release a new album, management and all the PR people are like, ‘This is the one, I can feel it, you’re gonna break.’

“And they’ve been saying that for the past 20 years. So now we’ve just resigned ourselves to the fact that it’s all bulls–t and we don’t care. We’re just going to put out records and play some shows. We’re lucky enough to be able to pay the bills, so we feel very successful.”

Later this month Lucero will embark on their first headline tour of Australia, having spent
2018 performing more than 150 shows. Nichols was 24 when Lucero played their debut gig
in April 1998.

“It was terrifying. We played at a little loft-warehouse where some squatter kids were
living. We played six songs; every song we’d written. I admit there were probably 20 people
at the show, but they seemed to dig it. So as scary as it was, we wanted to do it again. There
was no looking back.”

In the years since, Lucero have become prime exponents of whiskey-soaked Americana and
country-inflected rock’n’roll – albeit with a slight shift into Stax-inspired horn territory on
albums such as 2012’s Women & Work.

Among The Ghosts has been heralded as a return to the band’s classic sound, though the fact it’s their first record since Nichols got married and had a daughter, Izzy, has led to one key difference. 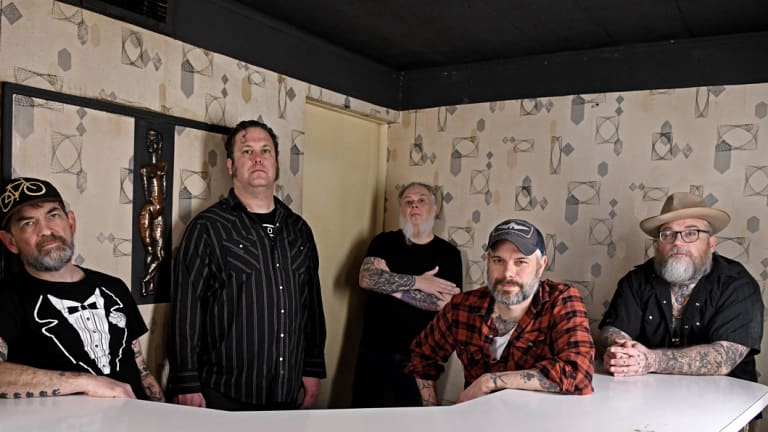 Lucero are touring Australia for the first time. Credit:Dan Ball

“Lucero’s bread and butter has always been heartbreak songs, or drinking songs, or
heartbroken drinking songs – pretty much directly out of my personal life,” he explains.

“I was ready to write about something other than those two topics. There’s a lot of lyrics that have to do with family and being separated from your family for long periods of time, which is something I can relate to. When we’re on the road and I’m missing home and my little girl, these songs have the lyrics that are speaking to the emotions I’m feeling.

“I was trying to write from perspectives other than my own, but I think I was only partially successful. Mainly it’s about me and how I feel about my family.”

Nichols’ brother is acclaimed filmmaker Jeff Nichols (2012’s Mud, 2016’s Midnight Special,
among others), and the two recently collaborated on a cinematic video clip for Among The Ghosts’ first single, Long Way Back Home.

It stars Oscar-nominated actor Michael Shannon – a Lucero fan himself, who also contributed a narration for the album’s moody centrepiece, Back to the Night.

“Having a guy that’s that talented be a fan is a really big compliment,” says Nichols.

Another fan in high places is the mayor of Memphis, Jim Strickland, who last year declared
April 14 “Lucero Day” in recognition of the band's 20th anniversary.

“That was pretty cool,” says Nichols. “Getting recognised by your home town – especially
when your home town is Memphis, Tennessee. It’s the home of rock’n’roll.”

Lucero play the Factory in Sydney on January 31, the Triffid in Brisbane on February 1 and
the Corner Hotel in Melbourne on February 3.

BTS Fans Around the World Are Celebrating J-Hope's Birthday

How Many of Camila Cabello's Biggest Hits Can You Name?