Luke Evans on Strictly: The unbelievable PERSONAL story behind THAT song

The song is already a major showstopper. Last weekend’s performance on Remembrance Sunday layered in even more levels of heartache and emotion, as it paid tribute to all those who fought, and were lost, in two World Wars and later conflicts. For Luke, though, it carries a very personal significance. He opened up to Express Online in an exclusive interview.

Turns out, the Welsh wonder actually has an impressive background in West End musicals and relished the opportunity to show another side of himself.

“I’ve been singing that song since I was 16,’ he says. “But I find the message resonates with me so much more now.”

Luke meets us in a fancy London hotel in Kings Cross, jetlagged from flying back and forth to LA twice in the last ten days. He looks a little crumpled but is warm and welcoming, especially when we get on the subject of his first-ever album, At Last.

Bring Him Home closes the album and Luke says he was overwhelmed at how Strictly Come Dancing mounted the production: “It was beautiful what they did. And the orchestrations were exactly like the album.”

However delighted and moved he was, nothing, he says, could ever get him to compete on the show. 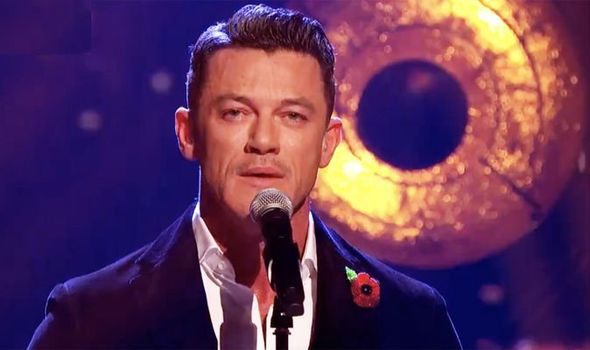 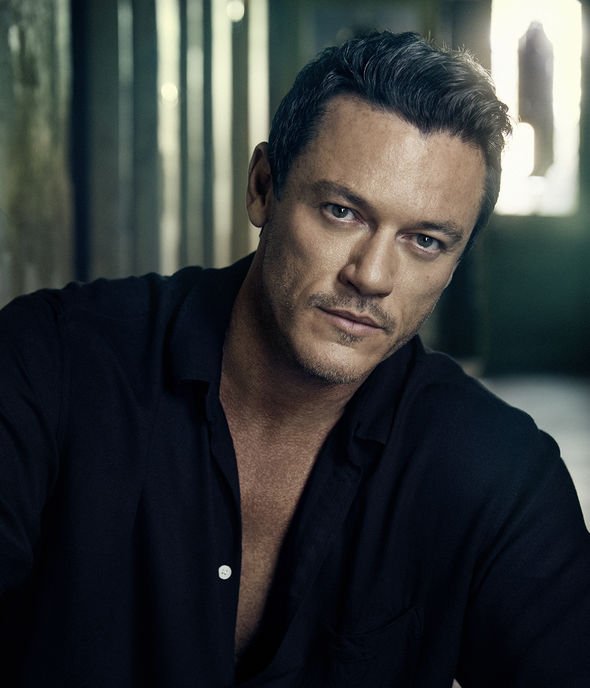 He says; “I can carry a routine but I would never do Strictly. I don’t have the confidence.

“The thought of being judged and given one out of ten terrifies me. I couldn’t cope.

“It’s different performing on a stage in front of an audience or doing auditions for shows and films. I’m confident in my ability and then if I don’t get something, don’t get a job I can accept that.

“But to dance in public on live TV and to then be forced to watch it back again and see yourself? That would knock me over the edge.”

He never lacked courage in his real life, though, as the story behind this song reveals. 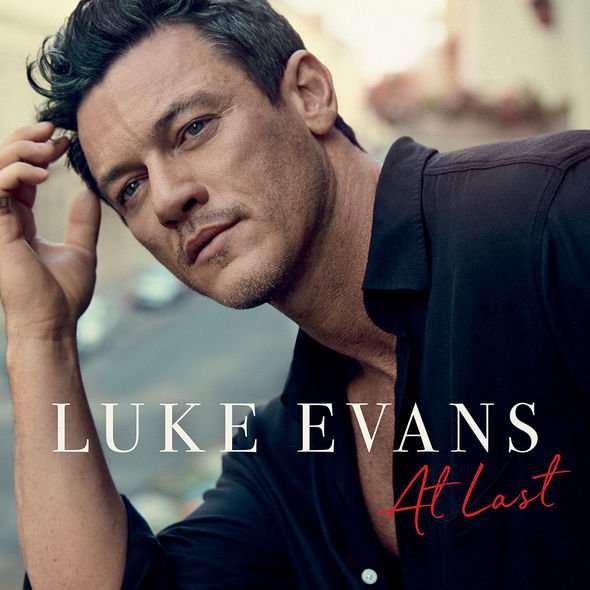 Bring Him Home is a plaintive, melancholy song about a lost young man. It certainly echoes an extraordinary journey that took a restless and angry teenager from his home and set him on a path for Hollywood.

The small-town boy (“small-village” he corrects) from Aberbargoed in the Rhymney Valley, was the only child of Jehovah’s Witnesses. Luke says his family is his greatest joy now but admits he was hugely unhappy in his teens.

“I hated school, I was bullied badly, and then they took me knocking doors at the weekend, to the houses of those same people. It was awful. I was miserable. But it gave me the fire to get out and do something.”

That fire took him out of his school, his church and his family home at just 16.

His family was horrified but he found a job in Cardiff, saving his money for singing lessons.

He says: “I went every week, £15 a time, it was a huge amount of money. But I had no fear, no doubt. I was itching to get started. You don’t know how scary the world is at that age. I had no baggage metaphorically or physically. I had nothing at all of any kind.”

Within a few months, he hopped on a train and auditioned for performing arts college, the London Studio Centre: “It was just around the corner from where we’re sitting now,” he smiles.

The song he chose to perform, of course, was Bring Him Home. Yet another fearless choice – it’s a notoriously difficult song, even for seasoned professionals.

He smiles and shrugs; “I know, I know, it’s tough, it goes so high. It’s not easy. But I always figure, ‘Why not show what I’ve got?’ And it worked.

“I was 16 years old, I got a scholarship and I moved to London at 17 to start at college.”

As if the spirit of that song wasn’t powerful enough, Luke remembers the extraordinary emotion that was sweeping the country at precisely that moment: “I arrived in London the day Princess Diana died (August 31, 1997). The whole city was in mourning. I can never forget it.”

22 years later, Luke is an international star, performing that same song on national TV. The boy from the Valleys has found his way home.

LUKE EVANS’ NEW ALBUM, AT LAST, IS OUT ON NOVEMBER 22