It appears Megan Fox’s new ink is a nod to her boyfriend of six months, Machine Gun Kelly. The 34-year-old actress attended the 2020 American Music Awards on Sunday with her beau — their red carpet debut as a couple — and fans quickly noticed her new tattoo on her collarbone.

Fox stunned in a green green Azzi & Osta dress that showed off her new ink reading “el pistolero,” which means the gunman in Spanish — one of 30-year-old Kelly’s nicknames. 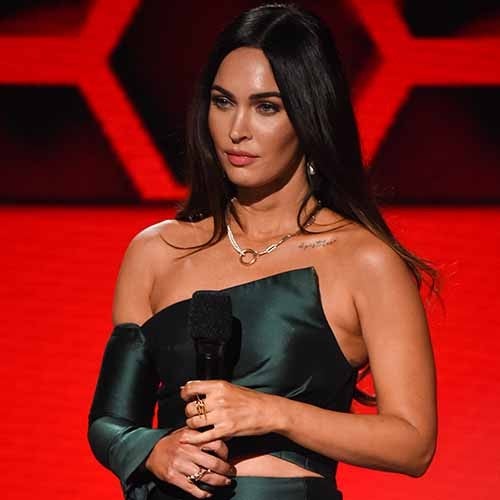 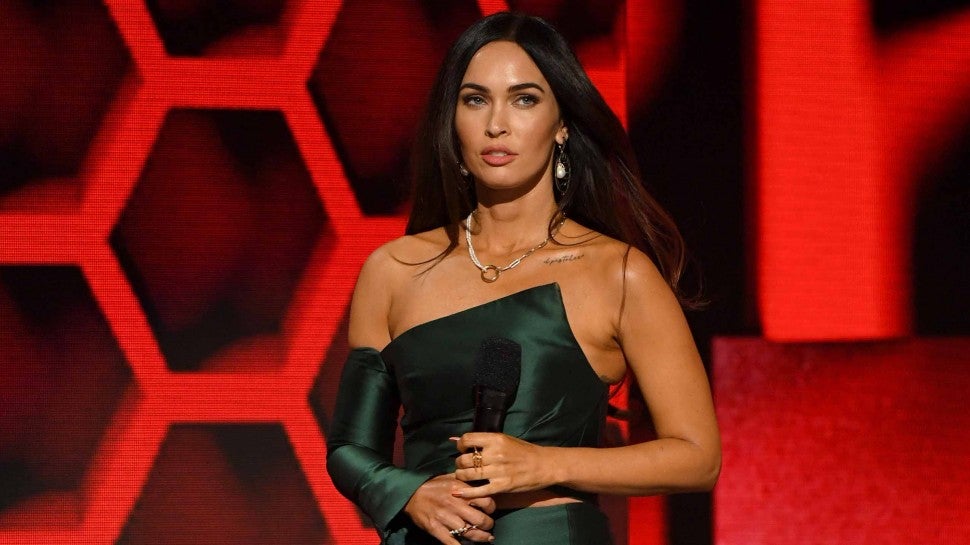 On Kelly’s new album, Tickets to My Downfall, the couple talks about getting tattoos for one another in his song, “Banyan Tree (Interlude).”

“That was four months ago, that we were right here, and I met you,” Fox says on the track. “That’s not possible. You just got my initials tattooed on you, and I got your nickname tattooed on me.”

Fox and Kelly met on the set of the upcoming thriller, Midnight in the Switchgrass, when Fox had yet to announce her separation from husband Brian Austin Green. In an interview with Nylon earlier this month, she said her chemistry with Kelly, whose real name is Colton Baker, was instant and undeniable.

“I looked into his eyes [and] I felt the most pristine, most gentle, most pure spirit,” she said. “My heart shattered immediately and I just knew that I was f**ked.”

Fox also described their relationship as a “once in a lifetime thing,” sharing that they had a connection of “mythic proportions.”

“Loving him is like being in love with a tsunami or a forest fire,” she told the magazine. “The intensity of merging with him is just overwhelming, and the threat it poses is so powerful but so beautiful that you have no choice to surrender with reverence and with gratitude.”

Machine Gun, Megan Fox, music
You may also like:

The Real Meaning Behind ‘Champagne Night’ By Lady A