Follow
Home » Music » One of YouTube’s biggest streamers is trying to raise over $500,000 this holiday season for charity, highlighting the skyrocketing success of livestreaming

One of YouTube’s biggest streamers is trying to raise over $500,000 this holiday season for charity, highlighting the skyrocketing success of livestreaming 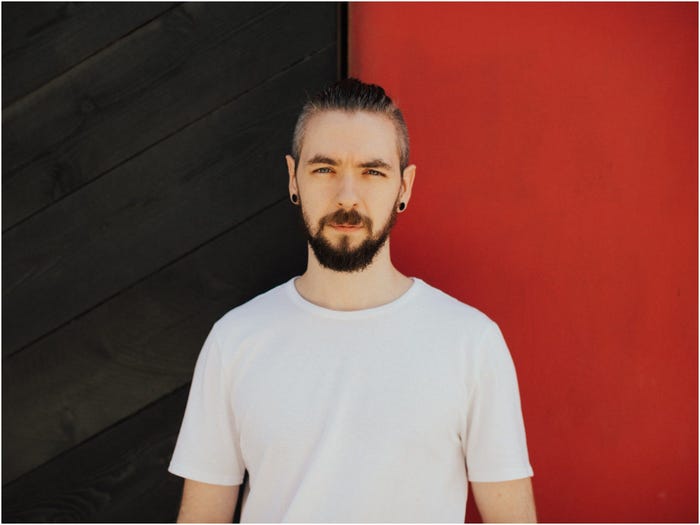 Jacksepticeye, one of the biggest gaming YouTubers in the world with 25 million subscribers, has major plans for his upcoming "Thankmas" livestream on December 13. The streamer, whose real name is Seán McLoughlin, hosted the annual charity event over the holiday season for the past several years, but 2020 has hit a little differently.

"Normally we set up a set and we have a production crew and we make it look all Christmassy and make it look really fancy and have people rotate in and out," he told Insider. "Obviously we can't do that this year, so we're just going to do that from home, and we're trying to mobilize as many streamers and creators and YouTubers and audience members together to do it."

As one of YouTube's most prolific philanthropists, McLoughlin's massive and loyal fanbase has helped him raise millions of dollars for charities over the years. But 2020, he said, has been "absolutely nuts" and really raised the bar both for the amount of people getting involved, and the money they donate. He hopes to raise half a million dollars this year.

The campaign highlights just how massive streaming has become since the pandemic hit. There are currently 26.5 million daily visitors on Twitch, which is up from 17.5 million at the beginning of 2020, according to figures supplied by the platform, and more than 13 million people have decided to stream for the first time this year as well.

Rather than having guests join in on McLoughlin's stream, he's opened it up so that "anybody can take the reigns and go with it" — whether it's a TikTok, a YouTube video, or a Twitch stream, anyone who's interested in raising money can go to the website to sign up and create their own links which all direct to the same fundraising event. Viewers can click a button to donate, or encourage others to with their own streams.

"So we're kind of working separately but together, which I think is very fitting for this year," McLoughlin said. "So I'm just going to stream all day and see what I can do — read out people's donations, get involved, give people some awareness, and kind of give people a piece of positivity to round out the year on."

The event will raise money for Red Nose Day, and focus on providing food and funds to the families who have been hit by the financial effects of the coronavirus pandemic. Red Nose Day has also committed to matching up to $1.5 million raised.

"I just feel like it's a facet of this pandemic that's not really covered as much, and as soon as we heard about it, we were like we have to do something to help people out," McLoughlin said. "Anything to help cushion the blow of this year I think."

McLoughlin said with everything that's happened this year, COVID-19 just being part of it, "food is one of the things that most people don't realize that there is such a massive shortage of." According to Red Nose Day figures, around 18 million children have faced hunger in 2020.

"It's crazy to think that food is a luxury at this point for some people," he said. "It should be something that everybody has, so we just want to help where we can, and get people the basic necessities to go about their lives."

He said he might have some "surprises" in store for when donations reach certain goals. Many of his fans are hoping for an "Among Us" stream — the murder-mystery mobile and computer game where crewmates on a spaceship have to identify the impostor on board before they kill everyone — and an appearance from Corpse Husband.

"I'll do something crazy," McLoughlin said, joking that "I'll just have a bunch of red noses shot at me from a distance."

The livestreaming boom of 2020

The livestreaming boom that's broken out this year has been helped along in part by some huge names popularizing "Among Us." It's attracted massive influencers who play in teams, including PewDiePie, Pokimane, and Corpse Husband.

In October, Rep. Alexandria Ocasio-Cortez put out a call on Twitter for streamers to play it with her in a livestream in an attempt to encourage the public to vote in the 2020 election. The livestream was watched by 400,000 people while it was happening, and highlight clips posted to Twitch and YouTube have reached millions more.

Even beauty influencers such as James Charles have tried out streaming for the first time. According to Twitch, hours watched on the platform in the second quarter of 2020 almost doubled as compared to Q2 in 2019.

Founder of digital marketing and PR firm Bell + Ivy Cynthia Johnson told Insider "there's an insane amount of value" in livestreaming in general, which the world is just starting to wake up to. It offers an authenticity that viewers crave to see in celebrities on their screens, which even YouTubers don't always achieve in their highly-edited vlogs and videos.

"There's a lot of really smart influencers out there who know how to do streaming well," she said. "And those numbers are just going to continue to climb."

Tiltify, the crowdfunding platform for streamers on platforms including Twitch, YouTube, and TikTok, is working with McLoughlin to build his "Thankmas" campaign. The company has seen a "hyper-growth" in fundraising this year, according to its CEO Michael Wasserman.

"There are certain months that we've seen an increase of 1,000% from last year," he told Insider.

Some celebrities may have been hesitant to try fundraising before this year, he said, but it seems that "a lot more people have become very comfortable with it during COVID."

"That's opened up a lot of really cool opportunities with just more and more people getting involved," he said.

The skyrocketing success of livestreaming seems to be a convergence of a year with everyone spending excessive amounts of time indoors and the continued evolution of influencers into fullblown celebrities.

"All these content creators and streamers have such phenomenal communities," said Wasserman. "83% of people are on social media, so to think that doing this is something niche or moving to a new audience, it's actually now the other way around — these are the celebrities."

He added that fundraising has always been about bringing people together, whether it's a sponsored walk or something you watch on TV.

"It's an amazing way of everyone joining together, even though no one has to be in the room," he said. "You don't have to be there, you don't have to go anywhere, you can just turn on your phone or your computer and you can be part of it. And I think that's what's really cool to people."

Nikki Grahame’s iconic ‘who is she?’ Big Brother rant that propelled her to fame