The Australian wildfires have burnt across 10.7 million hectares, destroying almost 6000 buildings and killing at least 27 people and around one billion animals. As the Oceanic country battles the devastation, a charity concert has been planned for February in Sydney, with all profits going to the National Bushfire Relief. Queen and Adam Lambert, who will be touring Australia at the time, have now confirmed they will perform at the benefit gig known as Fire Fight Australia.

In fact, Queen and Adam Lambert have a concert the night before Fire Fight Australia at Sydney’s ANZ Stadium on February 15.

And now, guitarist Brian May has enthused of donating their stage for the charity gig.

Officially announcing Queen and Adam Lambert’s segment at the show, the 72-year-old wrote: “YES !!! It’s official. We’re donating our stage from our QAL show the previous night in Sydney for this great line-up of talent to raise money for Bushfire Relief.

“FIRE FIGHT AUSTRALIA will kick off from 1pm and run till late at ANZ Stadium, Sydney Olympic Park on Sunday 16 February 2020.” 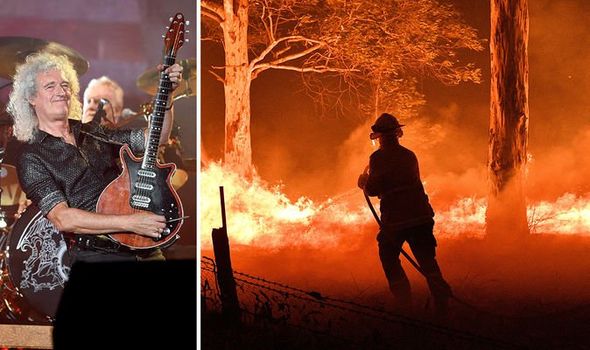 YES !!! It’s official. We’re donating our stage from our QAL show the previous night in Sydney for this great line-up of talent to raise money for Bushfire Relief. ������������������������ FIRE FIGHT AUSTRALIA will kick off from 1pm and run till late at ANZ Stadium, Sydney Olympic Park on Sunday 16 February 2020. Tickets go on sale at 12 Noon (AEDT) today at www.ticketek.com.au and are priced at $100, $85 and $70 with an option to make further contributions to bushfire relief during purchase. Ticketek Australia is the only authorised seller of FIRE FIGHT AUSTRALIA tickets. Do not pay more than the prices listed for your tickets. All concert ticket profits and all contributions through Ticketek will go towards key organisations providing vital “Rescue”, “Relief and Recovery” and “Rehabilitation”. • “Rescue” – Rural and regional fire services in affected states • “Relief and Recovery” – Red Cross Disaster Relief and Recovery • “Rehabilitation” – The RSPCA Bushfire Appeal Fans can also donate to bushfire relief through www.firefightaustralia.com All Media Enquiries: [email protected] All Other Enquiries: [email protected] Bri

Queen and Adam Lambert will be joined by kd lang performing Leonard Cohen’s Hallelujah, while Alice Cooper will also take the stage alongside stars like Olivia Newton-John and more.

In total, Fire Fight Australia will be over nine hours long, with performances from musicians who have collectively sold half a billion records.

Fire Fight Australia is already sold out, but you can donate to the cause here. 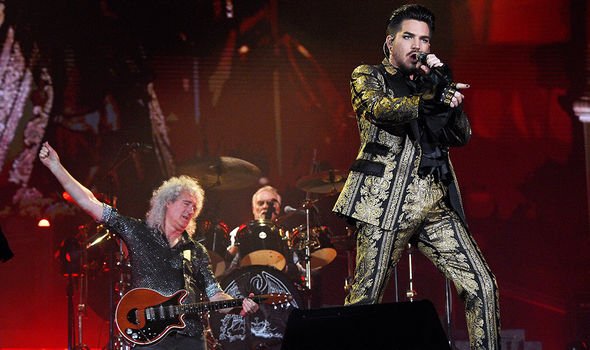 May previously posted: “Can’t stop thinking about the tragic Australian fires. And feel so helpless.

“I have many family members in Australia, all of whom I’m hoping to see in a month’s time on our planned Australian tour.

“The young generation are involved in fighting the fires on Kangaroo Island. Respects.

“Thousands of good people lost their homes. 24 good folks lost their lives. And … HALF A BILLION WILD ANIMALS burned to death in NSW alone? Can it be true? Almost unthinkable. And no end in sight?”

The Queen guitarist added: “What can we do? We can pray.

“And we can put pressure on our leaders to prioritize the health of our planet rather than ‘The Economy.’

“To all our Australian friends – we send love – and our prayers.”

Queen and Adam Lambert are kicking off their 2020 Rhapsody tour dates in Seoul, South Korea this weekend.

They’ll then perform four times in Japan at the end of the month before heading to New Zealand for three shows in early February.

It’s then off to Australia for a concert at Brisbane’s Suncorp Stadium on February 13 before their pre-Fire Fight Australia segment in Sydney on February 15.

Lady Gaga Returns to the Dancefloor on 'Chromatica'

The Best Albums of May 2020: Lady Gaga, Bad Bunny, Future and More