Robbie Williams Take That FEUD: The TRUE extent of massive bust up with Gary Barlow

Take That set girls’ hearts alight in the 1990s, and is still making music today. But one huge bust-up derailed the band for almost a decade: the feud between Gary Barlow and Robbie Williams. In a documentary Williams revealed all the details – including the true depths of his anger at Barlow.

Take That were the kings of the 90s with their colourful pop hits, including Could It Be Magic and the sultry ballad Back For Good

Things came to an end for them in 1996 after Williams left the band and the new foursome struggled to carry on without him.

Following this, Barlow tried for a solo career, and debut solo album, Open Road, performed fairly well in the charts, with his first single So Help My Girl reaching Number One in the Billboard chart.

However, the second album, Twelve Months, Eleven Days, received minimal support and airplay, ultimately meaning it was a flop.

READ MORE: Robbie Williams health: Singer on how his ‘disease’ impacts his life and how he treats it 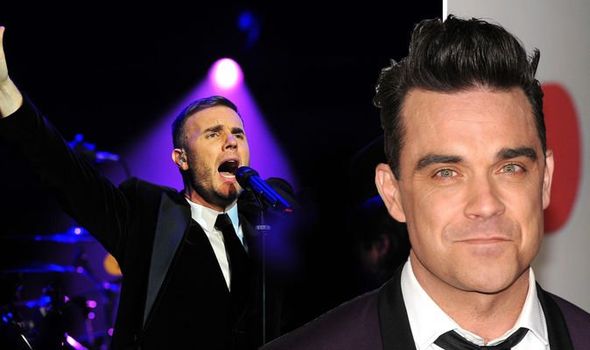 As a result, in 1999, Barlow quit the music business and his final single was unreleased after the album did fairly badly in the charts, peaking at 35 in the UK charts.

He returned to music in 2005 when Take That reformed, but before then Barlow was retired from the music business entirely.

The unearthed documentary, released on ITV in 2010, has shown how the group dealt with the problems in their relationships, with Williams revealing how deeply his anger affected him.

Talking about Barlow’s floundering solo career, Williams said: “My problem has always been with Gary. It was always with Gary. 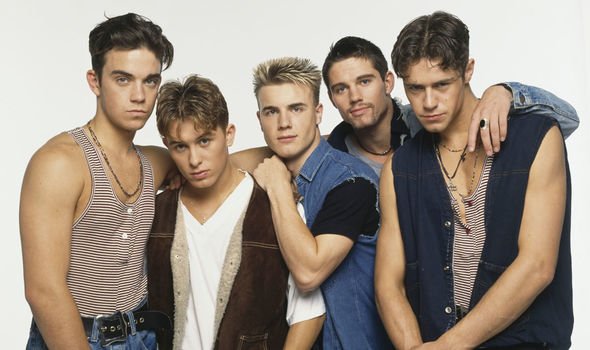 “You know, even when he was down, I didn’t let go. And for that I sincerely apologise.”

The band itself took a real toll on Williams, who was the youngest member, as he tried to handle fame and the pressures which came with it.

Even when the band reformed as a five-piece for a short period, Williams had deep concerns from it off the back of his past feuding with the group.

He added: “I wasn’t very well, physically. I just didn’t feel as if I had the energy to do it.

“It was a scary prospect to be out there among something so huge feeling depleted of life force.’

READ MORE: Take That EXCLUSIVE: ‘We questioned if carrying on as a 3-piece was the right thing to do’

Barlow, on the other hand, said he similarly felt plagued by Williams’ success, admitting it was “a daily mock” which he could not escape.

He even went to great lengths to try and get his name changed on his bank cards, so he could escape into retirement with no-one knowing who he was.

Barlow said: “It was hard watching Rob get further and further into the distance and I just seemed like I’d gone 10 steps back.

“It was a constant daily mock – it followed me everywhere. You just seem like a total loser. 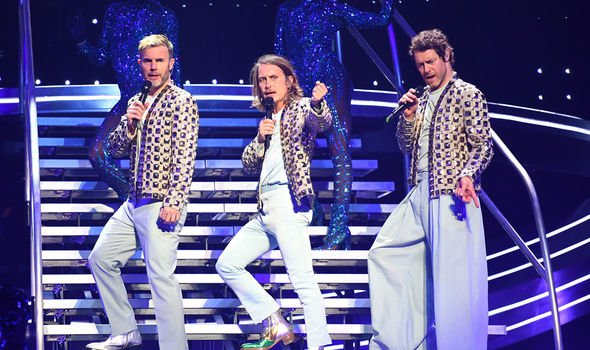 “In fact, I remember asking the bank whether I could change my name on my card.

“I couldn’t face my own name because even on the phone people would make some wise crack.”

Clearly their feud, which is reported to have come from Barlow being thrust forward as the lead in the band despite Williams’ talent, took a long time to heal.

The pair eventually healed after various meetings, along with the other band members, and the duo even released a duet single together in 2010, Shame, to mark the end of their feud.

Song You Need to Know: Cookiee Kawaii, 'Vibe (If I Back It Up)'

Flashback: AC/DC Rip Through 'Moneytalks' at 1991 Monsters of Rock Festival