Israel's 2018 Eurovision title has been thrown into doubt after one of the world's largest music companies accused its winning entry of copyright infringement.

Universal Music has reportedly fired off an intention to sue notice to the Israeli songwriters behind Netta's feminist anthem, Toy. The record label is behind some of the biggest names in music, including Elton John, Lorde and Ariana Grande.

Netta's quirky performance saw her snap up this year's Eurovision crown in May, despite a strong showing from Cyprus. The Israeli singer's performance included techno elements and other sounds, including vocal squeaks and clucks.

But according to reports, Universal believes Netta's song wasn't original. In fact, the company believes Toy is a rip-off of The White Stripes' 2003 track, Seven Nation Army. 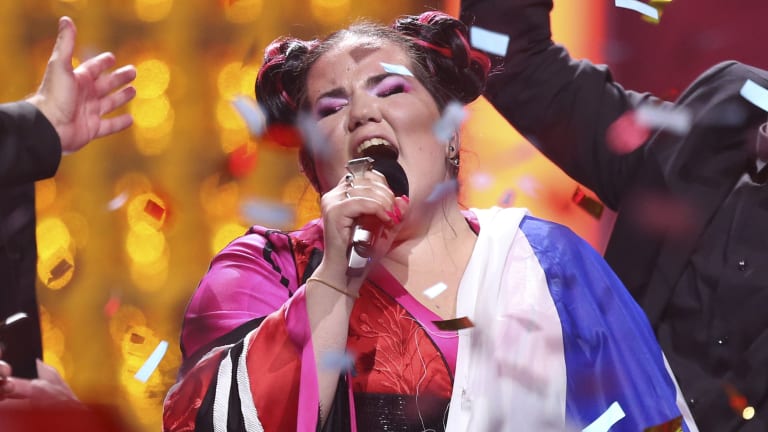 If it proceeds, the lawsuit could have ramifications beyond the payment of royalties. According to Eurovision's rules, a winning entry must be an original composition. Entries must also not bring the competition into "disrepute".

One of Toy's co-writers, Doron Medalie, is on route to the Unites States in a bid to solve the legal "crisis", according to The Times of Israel.

"[We're] surprised to receive such a letter and we are taking care of it," he said. "I believe the issue will be successfully resolved in the next few weeks to the satisfaction of all sides."

"Lets' hope [frontman] Jack White doesn't hear this song before the Eurovision Song Contest," he wrote in Haaretz. "He may sue."

The 2019 Eurovision Song Contest is due to be hosted in Israel. Planning is already underway, with a host city and performance dates due to be announced by September.

Cloud, Eurovision-winning, hangs, Israels, Legal, over, similar, song, Too
You may also like: