Spice Girls Wembley Stadium London: Did the girl power finale live up to the hype?

Full disclosure, being forced to pay an extortionate £10 to stow my small rucksack at the far end of the car park and then being repeatedly shouted at by an unnecessarily aggressive security because only one person from our huge group of two was allowed in the completely empty ticket collection queue did not make my girl or boy power swell with joy. Once we got in, the sight of 90,000 ecstatic fans and the huge, spectacular stage set restored the thrill of anticipation. There is no deyning the incredible impact the band has had and they were justfiably proud to thel the crowd that over 700,000 people had flocked to this 25th anniversary tour. A role call revealed fans had flown in from across Europe, the Americas and Australia. But was it worth it?

Much has been made of sound issues over the tour and while it was certainly loud enough, the generally average vocals were muffled throughout. Only Mel C occasionally soared above it all and Mel B sounded powerful on any solo bits.

Both of them effortlessly stamped their presence on the stage, while Baby Emma was as sweet and likeable as ever. All three remain fully true to their origins.

With a colour-scheme and teams of backing dancers geared to each girl’s Spice persona, Geri was the odd one out. No longer Ginger, who was she supposed to be? She awkwardly alternated between looking like a stiff Queen of Hearts from Alice in Wonderland and wafting about like a wannabee Disney princess, delivering inspirational platitudes and blowing kisses.

Mel B, for better or worse, is the least changed and dropped an F-bomb early on, prompting a giggled ‘It’s a bit early for that’ from Emma and a frozen blank look from Geri. Big group hugs at the end were the only real time it felt like four had become one again.

None of that would matter if the set list had been stronger and the sound clearer. 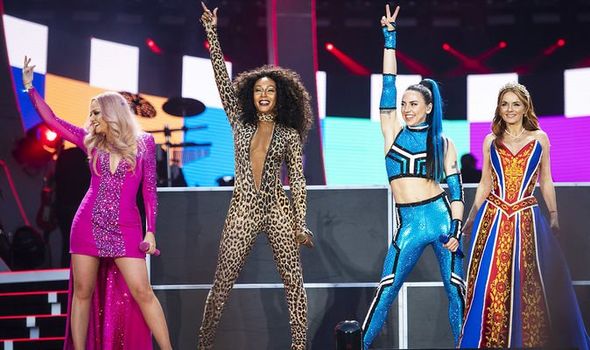 Spice Up Your Life was frittered away as the hopening number, but half-way back on the floor I didnt even realise the girls had hit the stage.

Stop and Wannabe remain exhilarating anthems while Viva Forever and 2 Become 1 are dreamy perfection. But numerous mid-tempo chuggers blended into a background blur like the forgettable Holler and Too Much, exposing a thin back catalogue which hit low points with Lady Is A Vamp or If You Can’t Dance.

With their individiual mikes on too low and so many lower key tracks, much of the time it was difficult to tell if they were even singing at all.

Why didn’t they bring in any of their solo material, which was mainly up-tempo and would have blown the roof off the stadium? 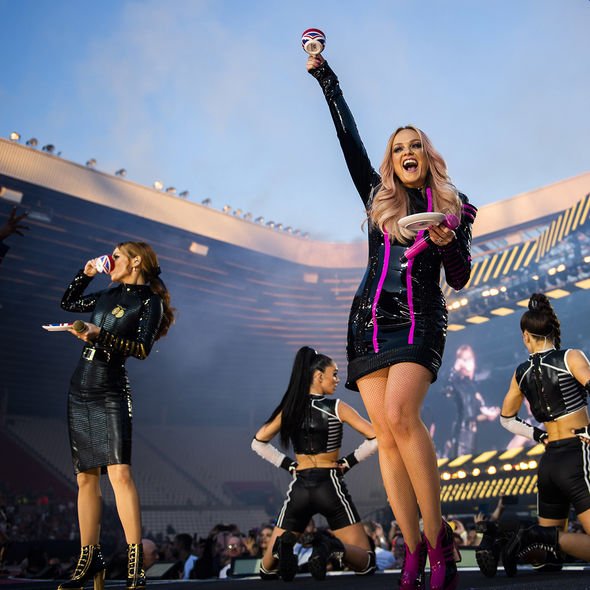 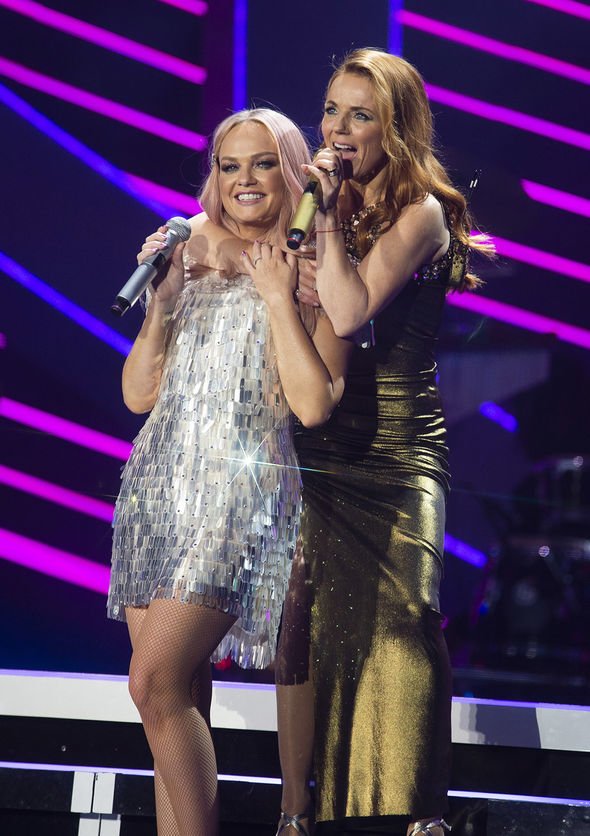 The immense production, costumes and superb troop of dancers created real impact and created a stadium-filling spectacle. But after a while the static huge Spice World globe felt as rigid as the show.

The crowd, however, screamed at every track and cried at the emotional video segments. It was a lovely touch bringing on their families at the end and a shout-out to Victoria Beckham in the audience was a touch of class.

For me, though, it didn’t quite spice up my life.

Watch Sting Perform With 'The Last Ship' Cast on 'Corden'

Queen: Brian May on struggles with ‘paralysing perception’ he’s not good enough at guitar

Kid Drummer Nails Queens of the Stone Age's 'No One Knows'