If Deep Purple's Made in Japan, featuring a couple of epic tracks recorded at the Budokan in Tokyo, is one of the greatest live rock 'n' roll albums ever to come out of Japan, then Cheap Trick's At Budokan has to be the most widely known. Released in 1978, the 10 tracks on Cheap Trick's breakthrough long player included I Want You To Want Me, a cover of Fats Domino's Ain't That a Shame and cranked up opener Hello There. Cheap Trick, fronted by Robin Zander and with Rick Nielsen writing most of their songs and playing lead guitar, formed in Rockford, Illinois, in 1974. The three albums they released prior to At Budokan hardly set the world on fire, however their fortunes changed with this album and even more significantly with 1979's Dream Police. Zander, Nielsen, original bass player Tom Petersson and with Nielson's son, Daxx Nielsen on drums, will tour Australia in October, playing Melbourne's Palais Theatre on the 15th and Sydney's Enmore Theatre on the 17th. Surrender, The Flame and the title track from Dream Police are among their biggest hits, but Cheap Trick, who were inducted into the Rock 'n' Roll Hall of Fame two years ago, have endured largely on the strength of their live show. Tickets go on sale Thursday, May 17.

album of the week Ry Cooder The Prodigal Son (Caroline) 4 stars So much excitement this week with a federal budget and the laundry to do, it was hard to focus on much else. Thankfully, Ry Cooder's first solo release in six years was a welcome distraction from all the hullabaloo. Cooder's stature as a legendary guitarist, songwriter and producer is beyond doubt and here, the 71-year-old teams with his son, drummer Joachim Cooder, on some blues, roots and gospel gems by the likes of the Stanley Brothers, Blind Willie Johnson, the Pilgrim Travelers and a couple of new Cooder cuts, including the title track. Now this, this stuff is genuine Americana. 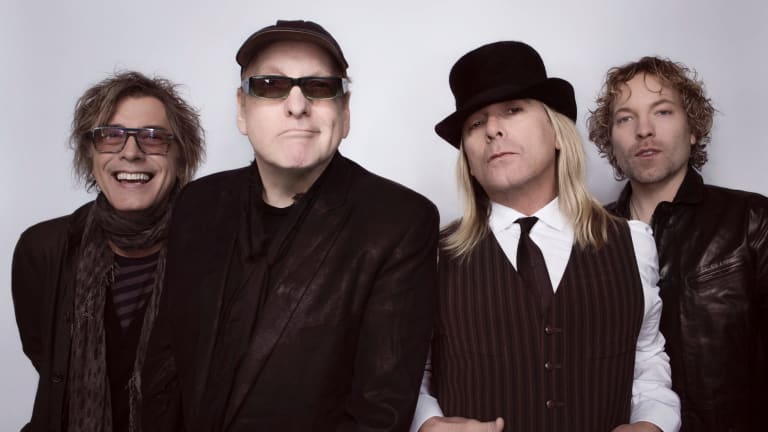