Super proud Hanson: MMMBop is not that bad

Hanson drummer Zac Hanson is sitting outside a brewery in Normal, Illinois, thinking about beer. In 2014, he and his brothers – guitarist Isaac and vocalist/keyboardist Taylor – started a beer and music festival called The Hop Jam, and they've also released their own brew, Mmmhops, its name a play on Hanson's gazillion-selling 1997 single, MMMBop. Today Zac's spending a day off visiting another brewer.

"We just look at it as something that will grow and evolve over time," he offers of The Hanson Brothers Beer Co. "It's a huge amount of learning, but it represents a lot of the ways we look at music. It's about quality ingredients and craftsmanship." 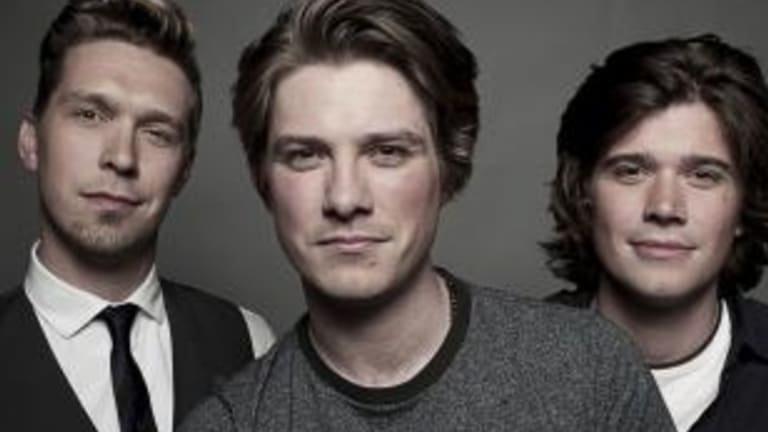 Boys to men: Isaac, Taylor and Zac Hanson are headed for Canberra.

For those who remember Hanson as the kids who rocketed to superstardom on the back of MMMBop, the fact they're now old enough to drink beer let alone brew it may come as something of a shock.

But at 33 (Zac was 11 when MMMBop exploded, and six when the band formed in Tulsa, Oklahoma), the drummer has weathered well over two decades in the music industry, during which Hanson have sold more than 16 million albums. 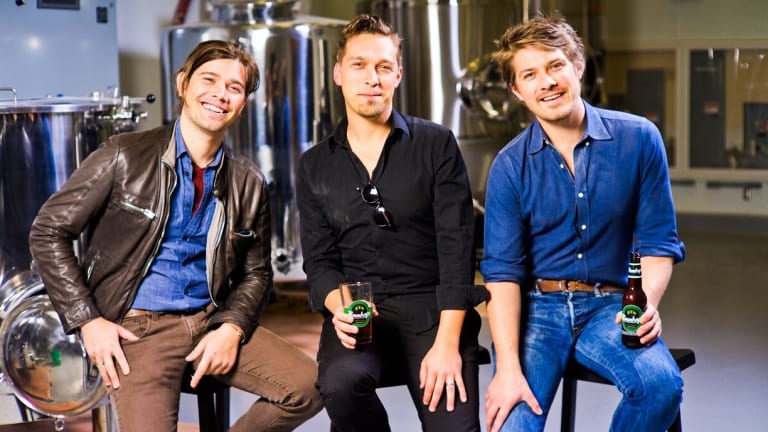 Their latest is String Theory, a double LP recorded with a 46-piece orchestra. Rather than rearrange their greatest hits or lean on material that already had orchestration, the tracklisting favours more obscure, new or unreleased songs (with a few notable exceptions, such as Where's The Love? and MMMBop), each linked by their lyrical themes.

"They all tell the story about a young man choosing this impossible path," explains Zac. "Choosing to reach for something that other people don't understand. Obviously we have a deep connection to that idea, 'cause we started as kids wanting to make music and travel the world."

The arrangements come courtesy of Beck's dad, Oscar-winning composer David Campbell, with whom the band have worked on occasion over the years.

"The phrase used most often in our early conversations was, this really should be a new work," says Zac. "The strings, the woodwind and the brass bring something to each song that transforms it." 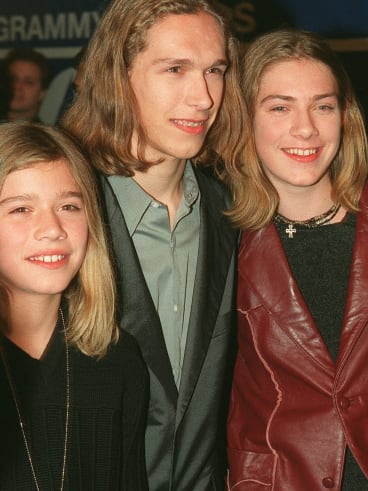 Hanson, from left, Zac, Isaac and Taylor, arrive at the Grammy Awards show in New York in 1998.Credit:TODD PLITT

Hanson will bring their String Theory tour to Australia in February and March, including two dates at the Sydney Opera House. The act of performing with a different orchestra at every stop can be fraught.

"It's a very intense process," says Zac. "So you spend the early part of the day talking through the whole show, beat by beat with the conductor."

Rare is the band that achieves success at such a young age and doesn't fall foul of the pitfalls of rock stardom. Hanson have navigated the always changing and sometimes rocky waters of the industry with a few key rules.

"We don't make our dirty laundry something that happens in public," says the drummer. "We fight regularly. I say we fight three times a day: breakfast, lunch and dinner. But I also recognise that … if the shit hits the fan [my brothers] are literally the guys who will kill someone for me.

"Also," he adds, "you can see in certain life choices [I've made], your average guy in a band isn't getting married at 20 with four kids at 33. But that's part of a choice to find comfort and connectivity."

For all their longevity and projects such as String Theory, Zac doesn't resent the fact that for many, Hanson will always be the band that sang that ubiquitous 1997 hit.

"We've never run from MMMBop," he says. "MMMBop is part of String Theory because it still has a place in our story. I am super proud of it. It's a song we wrote when I was eight, and the messages in it are still relevant. Most people don't get known for anything. MMMBop's not that bad."