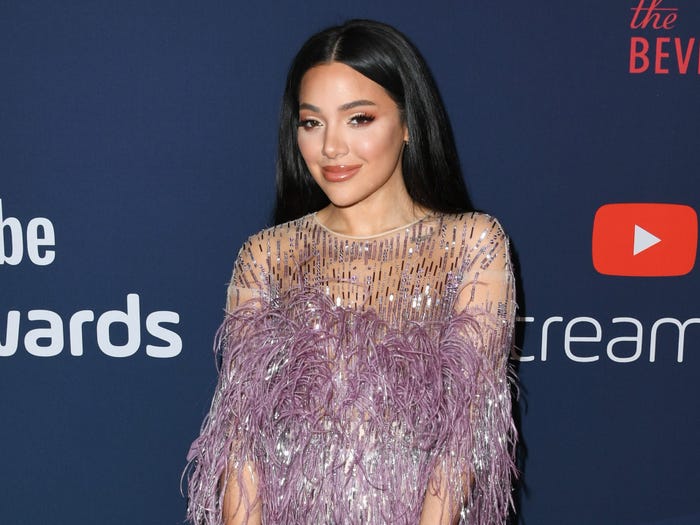 The influencer whose OnlyFans was removed after she sold her own underage nudity for $3 is back with an apology. 25-year-old Gabi DeMartino told her 3 million vlog subscribers that she is "detached from reality" and didn't realize the footage of her 3-year-old self naked would be perceived as sexual.

Her critics aren't buying it.

One self-identified former fan of DeMartino wrote, "I've ran a fan account for you for 4 years. i bought your merch and perfume. but this has gone too far. you've made mistakes in the past and i move past on but i cant support you anymore. you think that this is an innocent joke."

DeMartino is known for her joint YouTube channel with her twin sister, which has nearly 10 million subscribers. She's also known for her resemblance to singer Ariana Grande and appeared in the music video for "Thank U, Next." In her YouTube apology, DeMartino said she would "grow and learn from this."

"Never in a million years did I think that something I thought was so innocent could be looked at in such an ugly way and I think that's where the problem lies," DeMartino said in the video. "I realized I'm so detached from reality that it didn't even cross my mind that this could be viewed like this."

Earlier this week, DeMartino told Insider that the outrage caused by her OnlyFans post was "drama channels […] reaching," referencing YouTube channels devoted to internet gossip that DeMartino painted as exaggerating the truth, but backlash only grew as more information from her OnlyFans account was leaked.

The video in question was advertised to DeMartino's OnlyFans subscribers behind a paywall, so unsuspecting buyers were unaware the footage depicted a toddler. She captioned it "wont put my panties on" and also posted a lewd image of herself as an adult with the caption "sent a little surprise in your inboxes for those who are CuRiOuS."

The "surprise" was a 35-second clip of 3-year-old DeMartino lifting her dress to reveal her naked body underneath. Child-pornography laws in Pennsylvania, where DeMartino lives, prohibit filming a child engaged in a "sexual act." Federal guidance says that "a picture of a naked child may constitute illegal child pornography if it is sufficiently sexually suggestive." Some Twitter users say they reported DeMartino to local authorities and the FBI.

"It's a video that has brought back laughter and joy within my family for years and I shared it with what I thought was a funny caption. It's not funny. It was a quote from the video," DeMartino said in her apology.

DeMartino also claimed to Insider in text messages that her OnlyFans "was NOT a sexual page," although her previous posts were sexual in nature, including a video of DeMartino twerking and a photo of her "nip slip."

OnlyFans is a popular subscription site for sex workers that allows creators to monetize content and sell it directly to their fans. Influencers and celebrities have increasingly used it to showcase risqué content and behind-the-scenes footage. DeMartino told Insider she removed her page herself after receiving backlash.

In a statement to Insider, OnlyFans suggested it had a role in the removal of DeMartino's page. "The account in question is deactivated for violation of OnlyFans' Terms of Service," it said.

"I know who I am in my heart and if you know me you know that I would never condone anything like this," DeMartino said in her apology. "I would never do anything to exploit or harm a child. I'm so sorry."

Is Sabrina Carpenter's New Song, 'Skin' in Response to Drama With Olivia Rodrigo?

The Audacity of 'Dreams': Biden's Inauguration Week and the Triumph of American Musical Weirdness