Unless you’ve spent the past week living under a rock, you’ll know that the Spice Girls are reuniting for a brand new tour.

Mel B, Mel C, Geri Horner (Halliwell) and Emma Bunton are getting back together for the four-piece tour next summer. Although Victoria Beckham won’t be joining them – not even for one date – she has sent her best wishes to the girl group.

Now, it’s emerged that the foursome never actually asked Posh if she was up for it, just ’cause they “presumed” that she wouldn’t be. 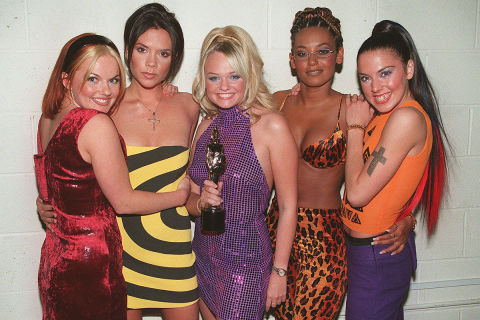 Appearing on this weekend’s Jonathan Ross Show, Mel C said: “Do you know what is actually quite funny? I saw Victoria recently and obviously we’ve all been in contact.

“But she did raise the point that she was never actually asked. We just presumed.”

Geri added: “I spoke to her two days ago, before the announcement and she has said it for years that she just doesn’t want to do it anymore, so we knew that.” 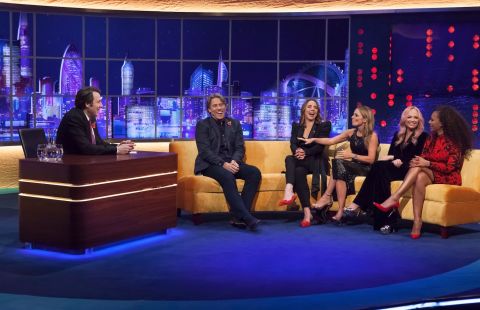 Emma clarified that they did approach Victoria, but Geri explained “she was busy with her fashion and she’s moved on”.

And when Jonathan Ross asked if it was true that Victoria never enjoyed performing on stage, Geri admitted: “No, and you don’t want to make somebody do something they don’t want to do.”

Emma added: “We realised that a while back, that she didn’t enjoy that so much.”

See the full interview with the Spice Girls on The Jonathan Ross Show this Saturday (November 10) at 10.05pm on ITV.

Geri, Mel B, Mel C, spice girls
You may also like:

Gordon Ramsay’s £2.75m Cornwall home up for sale after ‘rows with locals’

Beatles lyrics: Who is Hey Jude about? Devastating story behind the song