But in real life it’s all good for Tom, who had some big news to share on The Walking Dead’s after-show Talking Dead on Sunday night.

While speaking about how he found out his character was going to die, Tom let a big secret slip.

“I got the call like, an episode before and I was texting my girlfriend, now fiancée,” he said, before host Chris Hardwick interrupted to congratulate him.

Tom’s fiancée is 29-year-old Swedish singer and model Jennifer Akerman, who is the sister of Billions star Malin Akerman. 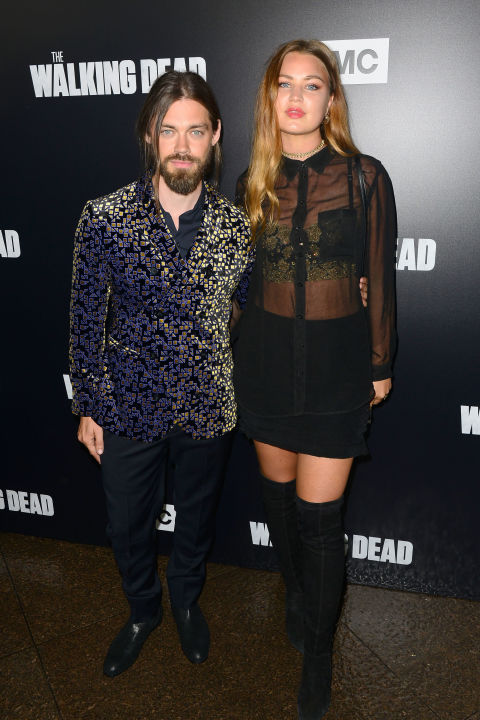 As for his departure from the show, Tom told The Hollywood Reporter that he’d been unhappy about his character’s direction for the past two years, but he was happy with his exit .

“They gave me a really cool ending, and I’m happy with that,” he said. “I was very frustrated with what the character had been doing. He arrived in a very cool way, and then he floundered at the Hilltop. 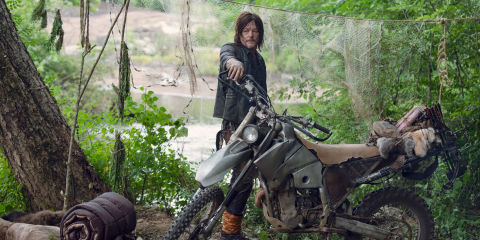 “It’s an amazing show and I was so honoured to be a part of it, but at the same time, being the same character without anything fun to do is a bit frustrating.”

“I was frustrated by that and wished we had explored it further. I wasn’t sad to say goodbye to that frustration. It was constant. I had been training for two years.” 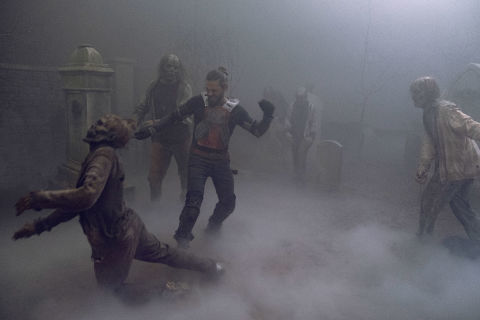 Meanwhile, The Walking Dead boss Angela Kang has defended the character’s exit, saying Jesus’ death has a huge impact on the rest of the story.

The Walking Dead airs on AMC in the US and on FOX in the UK. You can also catch up on the show via NOW TV.

The Walking, the walking dead
You may also like: