Three mothers, one tongue: Returning to the joys of Yiddish song

The old woman sniggered over my shoulder at the gibberish I’d copied into my exercise book.

It was my first year at Yiddish Sunday school and at six years old I had forgotten that the text was written from right to left. 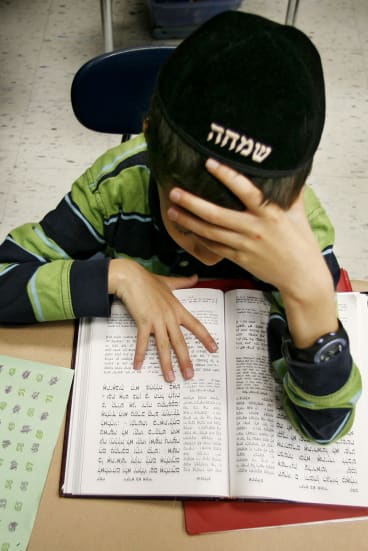 A boy studies Yiddish at a Hasidic school in Chicago in 2006.

My face burned with embarrassment at the teacher’s laughter in front of the other children.  Yet 10  years later I was the sole graduate of the Sunday school that year and the last before it closed for good.

Graduating meant reclaiming my Sunday mornings – no more trudging off for classes while my friends slept off late nights out.

But my graduation was tinged with the sadness that this once thriving Melbourne Yiddish institution, where my father had been principal and his grandfather a committee member and volunteer, had withered into irrelevance.

By the time I was a teenager I already felt strongly that Yiddish conveyed a warmth and homeliness that English could never hope to emulate.

I was surrounded by the language as a child. My father and his parents spoke to my brother and me almost entirely in Yiddish.

And singing Yiddish folk songs was mandatory at almost any significant family gathering. We were a chaotic, anarchic choir of mixed ability, though most of us could at least hold a melody.

It felt to me that those songs, written by long-dead strangers, somehow belonged to us.

But when my paternal grandparents died we increasingly resorted to English at home. Of course I still loved Yiddish, but there were fewer people with whom to speak it.

Six years ago, when my daughter was born, I decided to begin using my limited Yiddish with her. My father (whose Yiddish is still excellent) did the same. 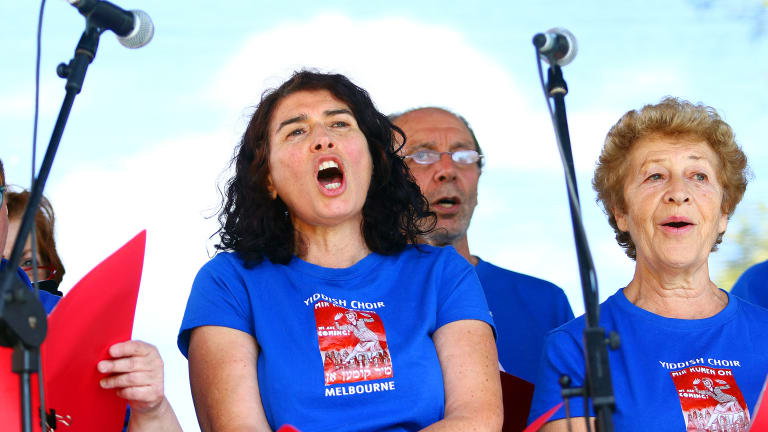 The Mir Kumen On (We Are Coming) Yiddish choir perform at the In One Voice festival in Elsternwick in 2016.

When I first heard her understanding and sharing my first language I beamed inwardly with pride. I even tried to relearn some Yiddish children’s songs so I could sing them to her.

But I still felt the absence of the workers’ songs, love songs and lullabies that helped define my childhood and my adult identity. I wondered how my children might know and maybe even love those songs too.

Few contemporary musicians have recorded Yiddish albums in recent years. Many of the records I heard as a child seemed to fall back on the excessive pathos or cheeky humour that had become cliches of Yiddish creative expression.

Although some of them may have been good albums, perhaps great, they failed to capture younger listeners like me. But one answer to my problem lay closer to home than I had imagined.

A few years ago my brother Gideon and cousin Husky Gawenda, who make up the rock band Husky,  received an unusual request.

A friend who was curating a folk music festival in Mullumbimby suggested they perform not as Husky, but some of the Yiddish songs they had sung as children. They agreed.

Together with Husky’s sister Evie, herself a talented singer, they formed the Bashevis Singers – a play on the name of Nobel Prize-winning Yiddish writer Isaac Bashevis Singer.

Our experience of Yiddish folk music came mostly from singing around our dining room tables. When they began singing in Yiddish at the Mullumbimby RSL, they saw people were not only staying to listen, they were filling up the floor.

Those songs somehow reached that audience, which had never before heard Yiddish spoken or in song.

After that gig the Bashevis Singers decided to record their own album that would capture the spirit of the songs on which we were raised. In a St Kilda warehouse converted into a music studio I watched them pace the shiny wooden floorboards as they memorised lyrics, laboured over Yiddish pronunciation and recorded take after take of vocal sessions.

The Bashevis Singers bypassed the tired stereotype of Yiddish music as a tragic reminder of a world lost to the Holocaust. 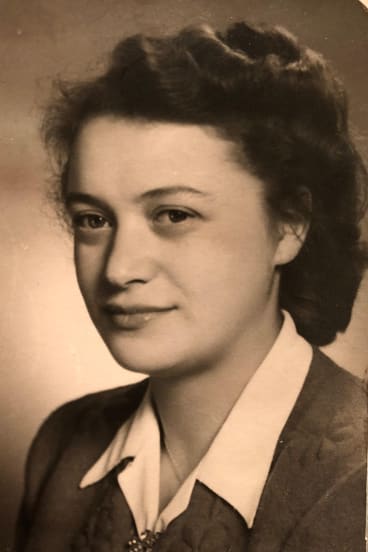 Chaja Lerman, whose voice is heard on the Bashevis Singers’ first album.

One song, Der Alte Nisnboym ("The Old Nut Tree") tells a biblical story set in the Persian empire and was originally written for a 1950s Yiddish play. In the Bashevis Singers’ hands it is recast in a sort of hypnotic 1970s psychedelic style.

Lyrically these Yiddish songs seem as relevant now as when they were written. In Nor a Mame ("Only a Mother"), the haunting voice of Husky and Evie’s grandmother, Chaja, quivers down the generations.

The song’s message seems strikingly apt for our materialist and digital age: Money can buy almost anything, the song goes, except the irreplaceable love of a mother.

"You can have anything you want, money will buy you everything, except a mother – she is unique, she is the only one in the world."

Miraculously the recording of a 12-year-old Chaja singing in prewar Poland survived the Holocaust and made its way to Melbourne. She sang the song to her daughter, Anne, who sang it to her children.

Now Evie sings Nor a Mame to her son, who was born while the album was recorded. The voices of all three mothers appear on the record.

What also separates this album from other postwar Yiddish records is the new, original material. When the Bashevis Singers began recording, Husky and Evie’s father, Michael Gawenda, started writing Yiddish poetry for the first time after a decades-long career in English-language journalism, including seven years as The Age's editor-in-chief.

Husky set two of his father’s Yiddish poems to music and both feature on the record. 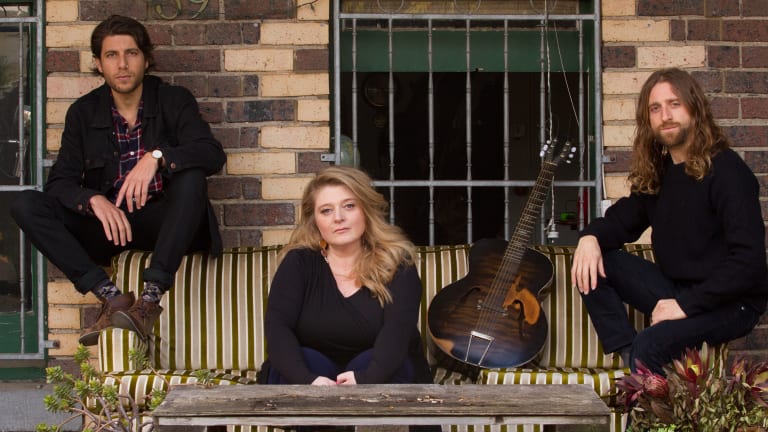 Not long after recording their album, the Bashevis Singers performed some of their songs at a Jewish street festival outside my old Sunday school in Elsternwick, where a secular Yiddish day school now thrives.

Children slurped on flavoured ice cones while their parents nibbled on that staple food of Polish Jews – pickled cucumbers plucked from cloudy brine with dill.

As the Bashevis Singers drifted into Der Alte Nisnboym, children sprang up to dance and young parents stopped by the stage, squinting into the sun in surprise to hear these young musicians performing in Yiddish.

The next week a photograph of my daughter dancing in the street to their music appeared in a Jewish community newspaper.

The photo was accompanied by the cheesy caption “dance like nobody is watching”. But what the picture failed to convey was that she was also singing.

She is already learning the words and the magic of the Yiddish music her family has sung for generations.

Our songs and the beautiful language are now hers too.

The Bashevis Singers play the Memo Music Hall in St Kilda on July 28.