Tim Freedman still finds plenty to love about his city

Tim Freedman is listing his favourite swimming pools in Sydney. "In the daytime you can't go past the Clovelly [Ocean Pool], plus there's the ''Billy'' [Ian] Thorpe in Ultimo – that's a good one, it's a Harry Seidler building," says the singer and songwriter behind The Whitlams. "Swimming is my form of solace. It's so gentle and it's one of the few things that doesn't make me feel creaky."

The 53-year-old Freedman is speaking from NSW's South Coast, where he's on his version of a training camp before a two-month national tour that will conclude the band's 25th anniversary celebrations: "I'll try and do 30 laps and then scrape the cobwebs off my voice for a few hours," he says, outlining his afternoon. 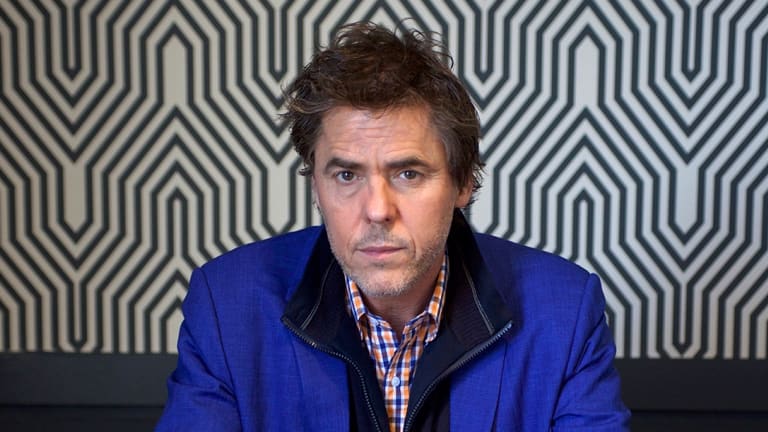 With Freedman seated behind the piano, delivering involved and idiosyncratic lyrics to accompany generous pop melodies, The Whitlams have endured through multiple eras. The band began as a trio that propped up the bar, and each other, at Newtown's then Sandringham Hotel, and acquired a prominent profile through breakthrough singles such as 1997's No Aphrodisiac even as Freedman's co-founders Anthony Hayes and Andy Lewis died in 1996 and 2000 respectively.

There was a succession of hit albums, including 1999's Love This City and 2002's Torch the Moon, but this decade Freedman has tied the band's legacy to annual national tours. The reasons for those self-contained eight-week stints – backed by guitarist Jak Housden, bassist Warwick Hornby and drummer Terepai Richmond – include logistics and the tightness derived from playing frequently, but there's also Freedman's reluctance to have The Whitlams dominate his every day and decision.

"I don't like thinking about it all the time," he says. "It was the central part of my life from the age of 22 to 45 – crowds and couplets and clawing up the mountain. I worry about it for those two months and then look elsewhere."

Freedman put out a solo album, Australian Idle, in 2011, but his creative focus in recent years has been the theatre. Nowadays he sees more stage shows than gigs, and he's explored how his talents might work in that world. In 2014 he co-wrote a Whitlams jukebox musical Truth, Beauty and a Picture of You that drew mixed notices in Sydney, while last year he joined the cast in a Melbourne revival of Jon English's rock opera Paris.

But he still lives in Newtown, a suburb he was long synonymous with and where merely walking the streets is a form of memoir. Recently Freedman was on Station Street, where friends had a share house that was often his destination after closing time, while a couple messaged him via Facebook two weeks ago to point out that they lived in the house on Longdown Street where he wrote No Aphrodisiac and drank whisky late into the night with pianist and housemate Chris Abrahams.

"I don't miss those days, but I'm pretty thankful I got through alive because we weren't exactly sensible boys. I was always good at taking my foot off the pedal for a month or two, instead of just going faster and faster and faster," says Freedman. "Life was a ball – full of adrenalin and drama. By the turn of the century though I'd been able to find creativity and passion in the right mix. I learnt that longevity is more important than fireworks."

Freedman, who only drinks now when he's touring with The Whitlams, says he changed with Newtown: when it was full of students, unemployed and ageing Greek migrants he fitted right in, and now it's a middle-class mortgage belt he has a mortgage. However, he still believes it's one of Sydney's few interesting locales.

"Sydney looks like a computer game representation of what it used to be," he says. "It feels antiseptic and over-governed. There's nothing going on up here late at night and I'm really sorry about that because I used to live late at night. That's when you met co-conspirators, that's when you fell in love, that's when all the wonderful and crazy things happened."

"If I was a young man I'd move to Melbourne in a heartbeat," he adds. "It feels open and comfortable. Sydney has to bounce back and I'm sure it eventually will."