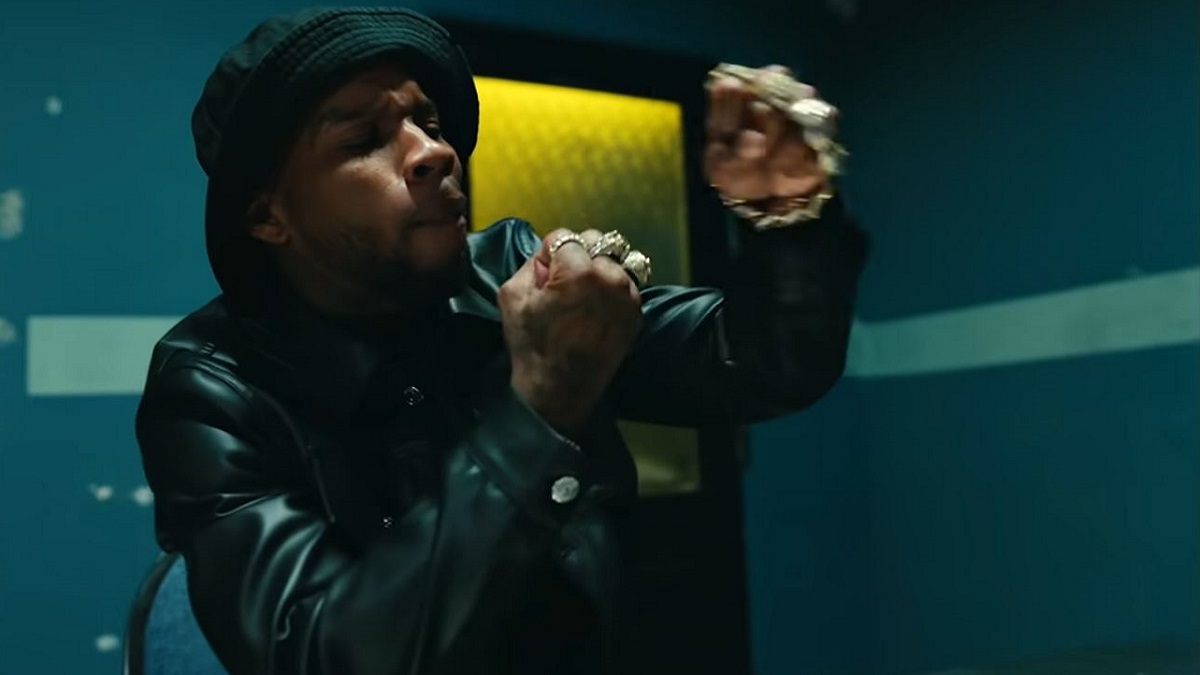 Lanez released the album on Friday, one day after he tweeted an apology to his fans for his silence about the shooting allegation Megan Thee Stallion (Megan Jovon Ruth Pete) made against him in August.

After he tweeted the message, fans were expecting he would address the issue on social media. But instead of taking to social media, he released a new 17-track album titled Daystar.

The album was first released on SoundCloud and later on Spotify, Apple Music, and Tidal.

In the opening track of the album, titled Money Over Fallouts, Lanez addressed Megan Thee Stallion’s recent claim that he shot her in the foot during an incident that happened in July.

The incident led to Lanez’s arrest, but after he posted a $35,000 bail, rumors began circulating that he shot Megan.

Megan initially revealed on Instagram that someone shot her, but she did not name the person. She later claimed on Instagram Live that it was Lanez who shot her in the foot after an argument.

According to Megan Thee Stallion, they argued in a car, and Lanez fired his gun at her after she exited the vehicle and was walking away (see YouTube video below).

However, the Savage hip-hop star did not explain exactly what the argument was about.

Lanez denied Megan’s account of the incident in Money Over Fallouts, arguing that his fans “know his heart.”

In some of the Money Over Fallouts lyrics, Lanez raps:

“Megan people tryna frame me for a shootin’…/But them boys ain’t clean enough.”

“Girl, you had the nerve to write that statement on that affidavit/Knowin’ I ain’t do it but I’m comin’ at my truest.”

He also asks in one part of the lyrics:

“Gotta see a couple questions: How the f**** you get shot in your foot, don’t hit no bones or tendons?”

Lanez alleged that Megan’s allegation was unjustly ruining his reputation.

Lanez also addressed JoJo taking him off her album

In the fourth track of the Daystar album, titled Sorry But I Had To, Lanez took a dig at the singer JoJo for taking him off her album.

JoJo removed Lanez from the deluxe version of her Good to Know album released this past August.

Lanez was featured alongside 30 Roc in the original version of Comeback, the eighth track of the digital edition of the Good to Know album released back in May.

JoJo announced the decision to pull Lanez from the deluxe version of her album after Megan Thee Stallion claimed that Lanez shot her.

Reacting to the incident, Lanez raps:

“JoJo, that was a bozo move/You tryna take me off a song that got you the most views/Got mad love for you, though, your label, they confused/They spent fifty on my feature, they fifty K in the loss right now, yeah.”

He also raps in the eleventh track, titled Bittersweet:

“Ayy, JoJo, I need you to take notes too/Don’t take me off the deluxe album that no one gives a f**k about/Take me off the original too/’Cause when I’m scrollin’ through this Spotify playlist/See me my name both in y’all top five pages/It just feels a little insincere, hmm?”

Lanez responds to other critics and talks about his height

Lanez also addressed his detractors in Money Over Fallouts, including people who mocked him because of his height.

He claimed that although people said he was only 5 feet 3 inches tall, he was, in fact, 5 feet 7 inches tall.

According to Genius Lyrics, this verse refers to the police report on the incident involving Megan. The report allegedly said that Tory Lanez was 5 feet 3 inches tall. Somehow, the information from the report leaked online, and people started mocking Lanez over his height.