Former TOWIE star Dan Osborne has spoken out following reports that he and Jacqueline Jossa are taking a break from their relationship.

Jacqueline addressed the tabloid rumours yesterday (May 2), insisting that there are “2 sides to every story” and that the recently-married couple are “dealing with things privately”.

In an even more impassioned message over on Twitter, Dan lamented being ‘given stick’ by people before telling those getting involved to “piss off”.

“Whenever a relationship goes through tough times etc.. why is it always the man that gets stick..?” he wrote.

“When in ‘public eye’, worst part is, the people trying to give me stick etc are people that DO NOT KNOW ME, do not know the situation.. so can please piss off…. appreciated.”

In a separate post, Dan suggested that media reports blaming the couple’s split on his workload were “crap” and just “an interesting read”. 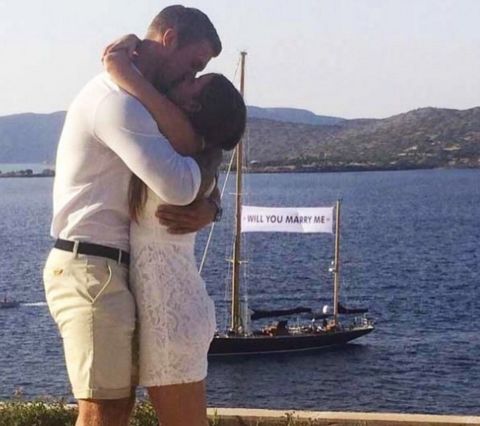 Former EastEnders star Jacqueline and Dan married last summer after four years together. They have a 3-year-old daughter, Ella, while Jacqueline is currently pregnant with their second child.