Not content with her plans to make a move into serious acting, The Only Way is Essex star Gemma Collins has revealed her desire to record an album – and she’s aiming for a Christmas number one while she’s at it. Go big or go home, right?

As part of her new university-based reality show, ReFreshers Week presented by Strongbow, Strongbow gave the GC a chance to get behind the microphone and record her own version of a classic ’90s hit.

“I remember in my 20s, I just loved to sing. I’ve come out of my mother’s you-know-what singing,” she shared.

Following in the footsteps of Kanye West, Sam Smith and Dizzee Rascal, who’ve all used the same recording studio before, Gemma was given a chance to embrace her love for singing – and it’s safe to say Gemma enjoyed the performance of Rozalla’s ‘Everybody’s Free to Feel Good’.

“Singing’s always been a passion of mine. I would like to do an album, I would like a Christmas number 1, I’m not gonna lie,” Gemma continued. “Stepping up to the mic was… a big moment for me. Almost as big as when I fell off the stage at the Teen Awards.”

During the clip, Gemma explains that she’s always had an interest in performing and it goes right back to her days at Sylvia Young Theatre School, and it’s that background that’s also inspired her to take a look at acting more seriously. 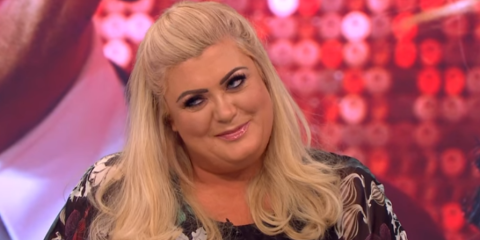 “I’m not bigging myself up, the GC is the GC but Gemma who I am today is someone who has come from a background of acting,” she told Digital Spy recently.

“I was always in dramas as a young child. I went to Sylvia Young, I used to put on shows in the playground. I can act. I would like to play a scouser, because I am obsessed with scouse people.

“Something really stripped back, a mama, really raw and gritty. Something in crime. I can do acting, I can act, there’s no doubt about it.” 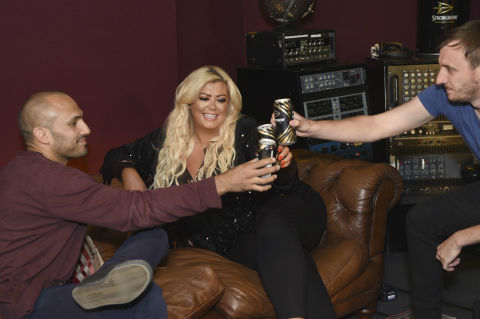 ReFreshers Week presented by Strongbow takes eight ‘ReFreshers’ and takes them back to the time people say they felt most carefree and happy. They’ll be undergoing tasks set by their celebrity professors with a hope to win and swipe the £25,000 prize fund.

ReFreshers Week presented by Strongbow launches on Monday, September 24 at 10pm on MTV. To be in with a chance of having a favourite memory refreshed, head to the Strongbow UK Facebook page and share a memory with #RefreshYourStatus.

The Only Way is Essex, TOWIE
You may also like:

How Top Music Attorney Dina LaPolt Shattered Ceilings, One at a Time

Semisonic Tap Into Childhood for 'You're Not Alone' Video

Wrabel, Kesha Bare Everything in 'Since I Was Young' Video