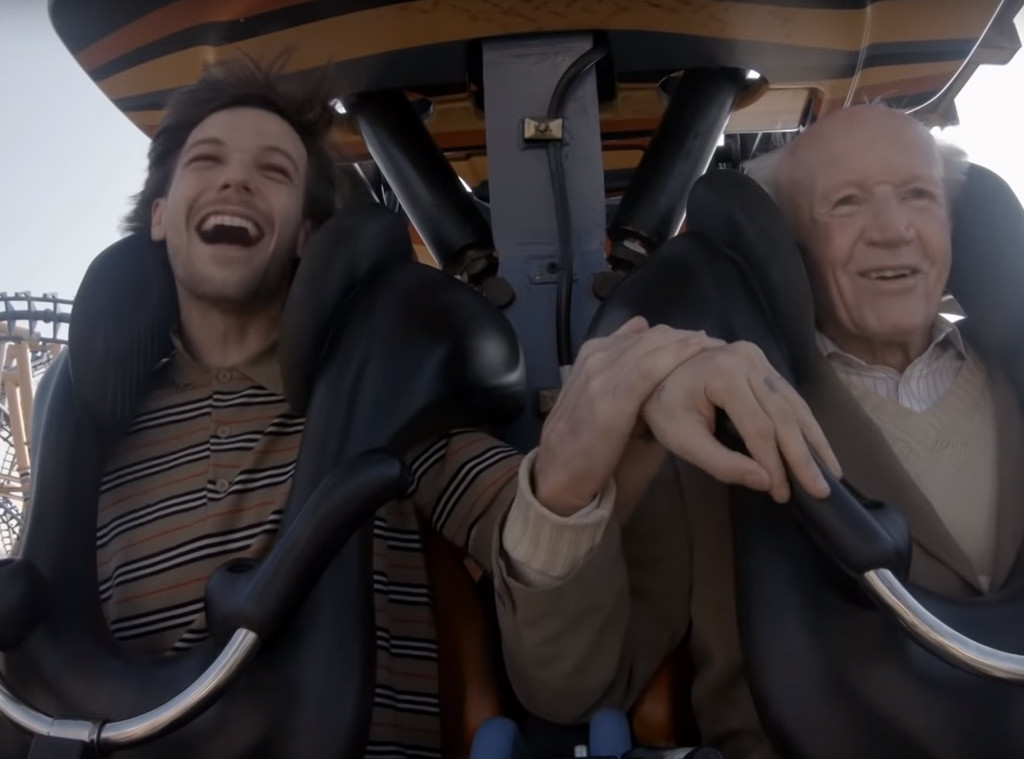 We’re just warning you now: Tissues may be needed while you watch this video.

On Wednesday morning, Louis Tomlinson took to Instagram and shared a special new video near and dear to his heart.

“A month or so ago I met an amazing man called Richard. He had a few things he wanted to do so I thought I’d help him out,” he shared with his social media followers. “This video feels particularly relevant and powerful to me.”

Louis continued, “Richard is a classic example of a fearless man who in light of tragedy still pushes himself to live with as much laughter and happiness as possible.”

But don’t take his word for it. Watch the video for yourself below to experience the full effect.

While visiting Yorkshire, United Kingdom, Louis met Richard whose wife Pat suffered from Alzheimer’s before passing away in December 2016.

“I lost someone around the same time. My mum,” Louis shared in the video. “I heard Richard had a bucket list. Things he’d always wanted to do. So I went to see him.”

From flying a helicopter and driving a race car, to riding a roller coaster and singing in a packed arena, Louis helped Richard accomplish more than a few items.

And yes, a special friendship was formed in the process.

“It’s been a good time with you  Louis,” Richard shared with the singer. Louis added, “It’s been lovely. No bulls–t. Actually spending real time with you and feeling like we’ve gotten to know each other. It’s been really nice.”

After you watch the video—and wipe away your tears—there’s one thing you can do to pay it forward.

Louis shared a few charities making an impact on so many people around the world. Whether donating to the Alzheimer’s Society, Cancer Research UK or Bluebell Wood Children’s Hospice, everyone can make a difference.

Well done, Louis! And the song sounds really great too.

Armani Caesar Makes Her Impressive Entrance With 'THE LIZ'