Follow
Home » Music » When Is TWICE’s ‘More & More’ Comeback? Everything Fans Should Know About the New Mini Album

When Is TWICE’s ‘More & More’ Comeback? Everything Fans Should Know About the New Mini Album

TWICE is bringing the energy with promotions for More & More. Within the past few weeks, the nine members of the South Korean band — Jihyo, Nayeon, Jeongyeon, Momo, Sana, Mina, Dahyun, Chaeyoung, and Tzuyu — have been gearing up for their ninth mini-album. But when will TWICE’s More & More comeback be released? Here’s what you should know, including the album’s tracklist to the concept teasers. 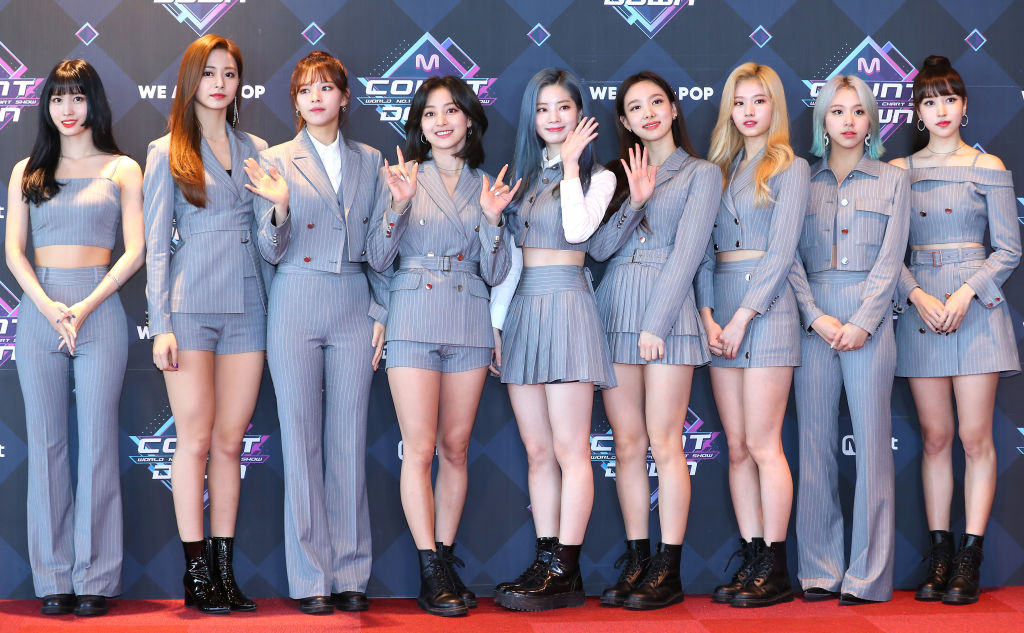 On April 30, TWICE held a virtual press conference for the Seize the Light premiere on YouTube. Then at the end of the broadcast, Jihyo confirmed the next TWICE comeback would be on June 1, 2020 at 6 p.m. KST. The nonet also shared the title track’s name — “More & More.”

Then when the group’s official Twitter account unveiled the pre-order details on May 7, ONCEs discovered the forthcoming mini-album — More & More — will drop at the same time. So TWICE fans worldwide will be able to stream the new album as soon as it’s released. The group’s account also shared a Spotify link to “pre-save” More & More.

On May 18, TWICE confirmed the More & More tracklist, highlighting the credits for all seven songs within the album. Aside from the “More & More” title track, fans will also receive “Oxygen,” “Firework,’ “Make Me Go,” “Shadow,” “Don’t Call Me Again,” and “Sweet Summer Day.”

For the most part, fans were excited to see J.Y. Park’s name attached to the title track as well as Julia Michaels and Zara Larsson. Meanwhile, Nayeon wrote the lyrics for “Make Me Go.” Jeongyeon also wrote “Sweet Summer Day” and the rap was made by Chaeyoung.

Now it’s possible Jeongyeon and Chaeyoung teased their song when Feel Special was released. In an interview with Buzzfeed released in December 2019, TWICE opened up about writing music. The group collectively wrote “21:29.” Nayeon, Momo, Jihyo, and Dahyun also made “Rainbow,” “Love Foolish,” “Get Loud,” and “Trick It” respectively.

Then when the publication asked which themes they would like to explore next, Jeongyeon and Chaeyoung hinted they both wanted something like the Summer Nights hit “Dance the Night Away.”

“I want to come back with a new summer song similar to ‘Dance The Night Away,’” Jeongyeon said. “I would love to write a song that’s exciting, bright, and has a fresh melody and lyrics.”

Chaeyoung added, “I also want to write about summer like Jeongyeon said. ‘Dance The Night Away’ was an awesome song. I would also like to write a song about saying goodbye eventually — I think it would be very touching.”

Of course, Jeongyeon and Chaeyoung’s remarks could just be a coincidence. And as always, fans will just have to wait and see what the music artists present on June 1. But even so, TWICE has already teased the concept for the upcoming album.

On May 18, Nayeon’s More & More concept film was added to YouTube. Typically, JYP Entertainment releases teasers from the oldest to the youngest. However, the order was thrown off this time around. Next came Chaeyoung, Tzuyu, Sana, Jihyo, Dahyun, Mina, Momo, and finally, Jeongyeon. Meanwhile, the song seemingly built up with each new trailer.

When TWICE shared the More & More pre-order details, the group presented fans with three completely different album covers, which transitioned from dark to light. Many fans thought this could have indicated a darker concept. But once TWICE started releasing the concept films on YouTube, the nine members were presented with light and floral imagery.

Nonetheless, some hawk-eyed fans noticed a transition within each teaser. Most of the members would start off with a light-colored outfit. Then after a flash of red and black, the scene would change and the member would be wearing darker clothes. However, Jeongyeon’s promo was the only one to flip the order, starting the singer-songwriter off in a dark blue dress.

Now with more than a week away from the More & More release date, fans are wondering whether there will be more teasers on the way. After all, the Feel Special concepts all dropped merely five days from the big debut. So there’s still plenty of room for more. But regardless of what happens next, the new concept has certainly caught everyone’s attention.

RELATED: BTS: Was Suga’s Next ‘Agust D’ Mixtape Unveiled by a Change on Apple Music? Why Fans Think New Music Is Coming Soon

Morgan Wallen Apologizes After Getting Arrested Outside Kid Rock’s Bar