"Like I said, who knows what they'll have to figure out," Luke Bryan said on Watch What Happens Live about Lady A's change. "But, god, what a mess in the aftermath of removing 'antebellum.'" 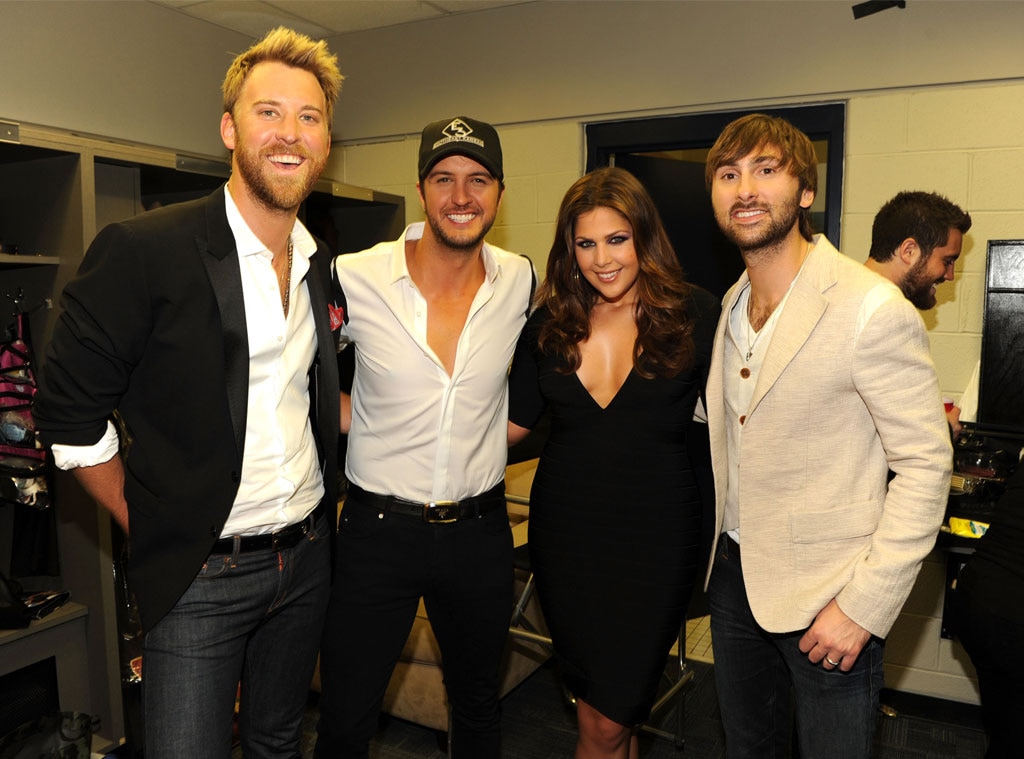 Luke Bryan is revealing what he really thinks of Lady A, formerly known as Lady Antebellum, changing the band's name.

The 44-year-old singer, who has toured with the group and has written music with some of its members, shared his thoughts on the Aug. 11 episode of Watch What Happens Live With Andy Cohen.

"I don't think they were anticipating the aftermath of being called Lady A," Bryan said. "I can say that, for years, everyone in the community, in the country music community, has really referred to them as Lady A."

Bryan then said he "thought it was a great option for them to choose" but that "now it's tricky."

"Like I said, who knows what they'll have to figure out," he added. "But, god, what a mess in the aftermath of removing 'antebellum.'"

On June 11, Hillary Scott, Charles Kelley and David Haywood announced their decision to drop the word "antebellum" from the band's name and to move forward as "Lady A," which they said was a nickname given to them by their fans "almost from the start."

The country music stars expressed their regret and embarrassment over not considering the "associations that weigh down this word referencing the period of history before the Civil War, which includes slavery." They also noted they "are deeply sorry for the hurt this has caused and for anyone who has felt unsafe, unseen or unvalued."

Just one day later, blues singer Lady A called out the band, noting she's been using the name for decades and claiming the group didn't reach out to her before making the decision.

"They're using the name because of a Black Lives Matter incident that, for them, is just a moment in time," the artist, whose real name is Anita White, told Rolling Stone. "If it mattered, it would have mattered to them before. It shouldn't have taken George Floyd to die for them to realize that their name had a slave reference to it."

She added, "It's an opportunity for them to pretend they're not racist or pretend this means something to them. If it did, they would've done some research. And I'm not happy about that. You found me on Spotify easily—why couldn't they?"

A rep for the band told the magazine the members were not aware of White and intended to reach out to her.

On June 15, Scott, Kelley and Haywood announced they had connected privately with Lady A and that they were "excited to share" they were "moving forward with solutions and common ground." But less than a month later, fans learned that the group had filed a lawsuit against White.

"Today we are sad to share that our sincere hope to join together with Anita White in unity and common purpose has ended," the members said in a statement to E! News. "She and her team have demanded a $10 million payment, so reluctantly we have come to the conclusion that we need to ask a court to affirm our right to continue to use the name Lady A, a trademark we have held for many years."

According to the court documents obtained by E! News, the "Need You Now" artists are seeking "declaratory judgment that, among other things, their use of their trademarks incorporating 'Lady A' do not infringe any of White's alleged trademark rights in 'Lady A.'" In addition, the "plaintiffs do not seek monetary damages through this action."

"When we learned that Ms. White had also been performing under the name Lady A, we had heartfelt discussions with her about how we can all come together and make something special and beautiful out of this moment," they later added in part of their statement. "We never even entertained the idea that she shouldn't also be able to use the name Lady A, and never will–today's action doesn't change that."

The group members then noted they are "disappointed" that they "won't be able to work together with Anita for that greater purpose."

"We've only taken the first small steps and will prioritize racial equality as a key pillar of the work of LadyAID, specifically leaning into supporting and empowering our youth," they later continued. "We hope Anita and the advisers she is now listening to will change their minds about their approach. We can do so much more together than in this dispute."

During an interview with Vulture, White claimed "the first contract they sent had no substance."

"It said that we would coexist and that they would use their best efforts to assist me on social-media platforms, Amazon, iTunes, all that," she told the outlet. "But what does that mean? I had suggested on the Zoom call that they go by the Band Lady A, or Lady A the Band, and I could be Lady A the Artist, but they didn't want to do that."

Regarding the $10 million, she claimed she had wanted to use $5 million to rebrand and start over and $5 million to be donated to charities of her choice, including organizations that support independent Black artists.

"I was quiet for two weeks because I was trying to believe that it was going to be okay and that they would realize that it would be easier to just change their name, or pay me for my name," White told Vulture. "Five million dollars is nothing, and I'm actually worth more than that, regardless of what they think. But here we go again with another white person trying to take something from a Black person, even though they say they're trying to help. If you want to be an advocate or an ally, you help those who you're oppressing. And that might require you to give up something because I am not going to be erased."

(E! and Bravo are both part of NBCUniversal).

BLACKPINK Tease Their Upcoming Album With Exclusive Playlist on Spotify

BTS Say Their Next Single's Theme Is 'Life Goes On'

Demi Lovato Made Max Ehrich 'Aware' Their 'Relationship Was Over' Before News Was Public: Source