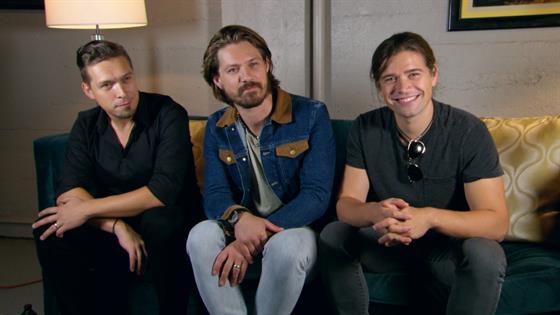 Turns out “MMMBop” isn’t just a silly sound in a catchy pop song.

Brothers Isaac Hanson, Taylor Hanson and Zac Hanson sat down with E! News to talk about how they’ve grown over the years and what it means to mark 25 years together as a band.

When asked about how it feels to have been doing their thing for a quarter of a century, Taylor joked, “We’re tired, we’re very tired.” Zach chimed in more seriously, “You know, 25 years is a big deal, and obviously it’s been our life and so you experience it day by day…but being able to put that kind of landmark on what you’ve done, I think there’s a sense of gratification, a sense of completion, that you’ve completed maybe the hardest part, which is to understand who you are.”

While not many bands are able to make it to the level of success and recognition that Hanson has achieved over the years, there is also something to be said about their loyal fans who have stuck with them. “The fans that we have had over the last several decades, you know, there is nothing quite like that…We have a massive debt of gratitude to them because they’ve really stuck through a lot of craziness,” Isaac said in between their String Theory  tour. 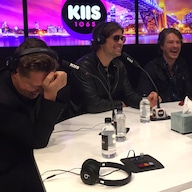 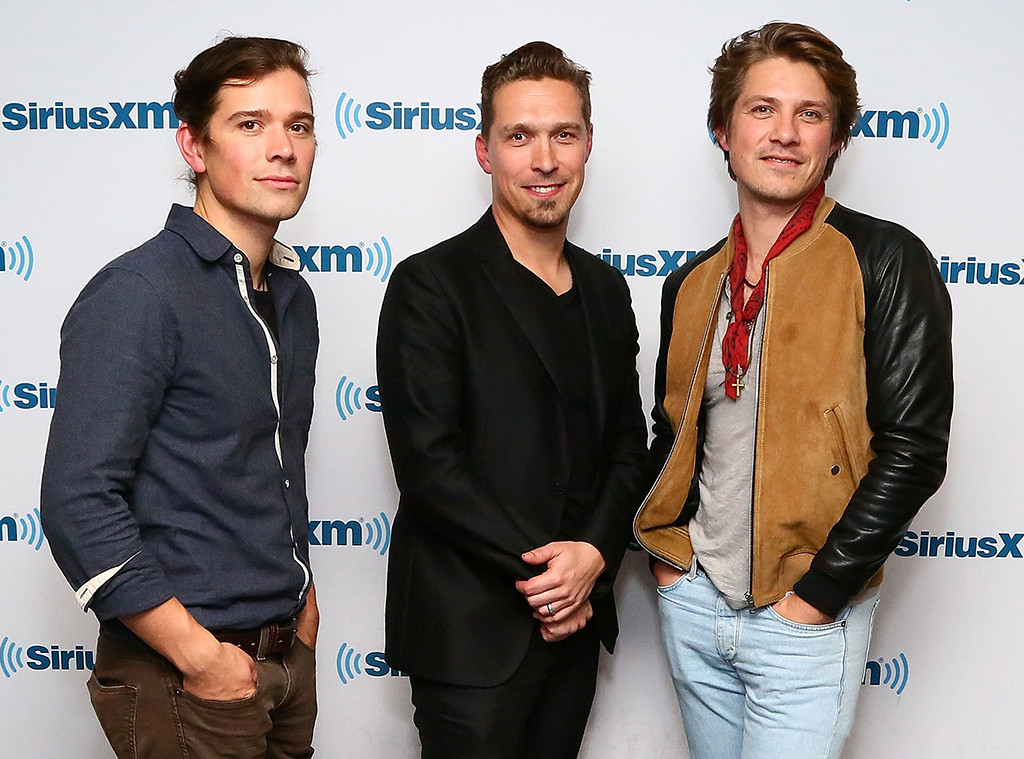 From relationship changes to record label disconnect, Hanson fans have endured some “scary choices” the band has made. But through it all, the “Fansons” have proven their dedication to the boy band. They have supported the trio in the past and many are still behind them today as they celebrate their new album String Theory out November 7.

“When somebody walks up to you and they say they’ve been to 20 shows or 100 shows, or they’ve bought every album or whatever it is…they show you their tattoo ‘here’s my Hanson tattoo,’ there’s really no greater encouragement for what you’ve done and sort of push to continue to like keep going, keep doing that. Don’t stop, don’t second guess, just stay the course,” Zac explained.

Who’s Who in Hanson?

And while the adorable 90s band of three young silk-haired boys is the same in name and sound, the guys have transformed into young men with little ones of their own.

“Well I mean, we were kids and now we have kids, so I mean we basically haven’t changed the rider since,” Taylor commented about being on tour. He continued, “The thing that’s cool about our lifestyles is we really have traveled and toured and worked since we were kids…I think the main difference really is just that there’s sort of even more of a posse, you know, as we’ve all had families. Like the party has just sort of grown.”

The party has definitely grown, indeed. Isaac, 37, has three children, and Zac, 33, has four kids. Middle brother Taylor, 35, is expecting his sixth child in December. 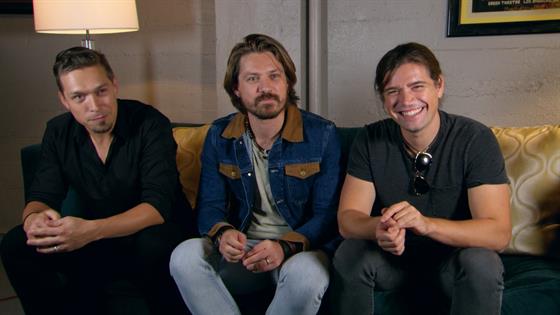 Even if you aren’t a “Fanson” yourself, you would probably recognize Hanson for their 1997 hit song “MMMBop” from their debut album Middle of Nowhere, which earned them three Grammy nominations.

“A lot of people ask what MMMBop means, we’ve talked a lot about time. Well MMMBop as a word, it represents time. It represents the fact that time passes very quickly…And so in a story about reaching for what’s important and kind of driving towards the impossible dream, MMMBop is telling you go now, go now, go now, because in a moment, in an MMMBop, life will be over and have passed you by,” Zac revealed.

When questioned if the meaning of the song has changed over time since it was released about 20 years ago, the band said, “It carries a weight to it. When you’re writing about an idea like the fact that life goes by in an instant—right, that’s what MMMBop is about—and MMMBop is about sort of hold on to the things that matter to you because so much of the world is just noise…This thing that we thought when we were kids is actually really true about life and thankfully I think we were giving people good advice.”

Check out the videos above to hear more about the existential meaning of “MMMBop,” what the Hanson members have discovered through their journey as a band and learn why Zac insists every musician needs kids.

Hanson, Isaac H, MMMBop, music
You may also like: