Researchers descended to some of the deepest depths of the ocean, dug 250ft (80m) down into the dirt and collected a primordial community of microbes. And in a staggering breakthrough that could have major ramifications for the way we collect evidence on alien life, the microbes were reanimated and ‘brought back to life’.

Steve D’Hondt, a University of Rhode Island oceanographer and co-author of the study, revealed after the microbes were returned to the laboratory and fed, they started to multiply.

He told Express.co.uk: “We offered them a buffet and they they woke up and they partied.”

Professor D’Hondt revealed the microbes had been isolated under starving conditions for 100 million years.

He said: “Dr Yuki Morono [geomicrobiologist at the Japan Agency for Marine-Earth Science and Technology and lead author of the new paper] has shown when he offers them a diverse range of food and brings them back to the world, then within weeks they begin growing and dividing and exhibiting a whole range of metabolic behaviour. 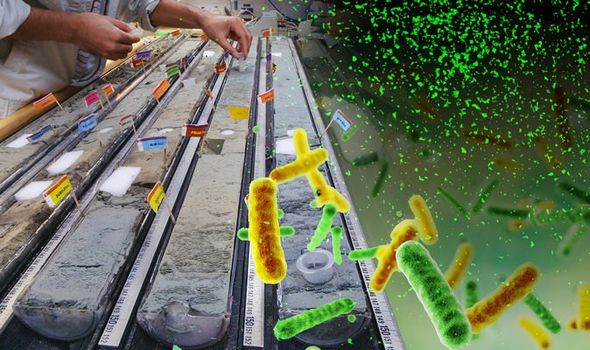 “So they essentially come from a prison of 100 million years where they’ve not had enough to eat and they’re now back in the world and behaving like normal microbes.”

He added the astonishing results suggest because life can survive in places once considered uninhabitable, it raises the possibility of basic alien life existing elsewhere in the Universe.

The oceanographer said: “There are multiple implications of this study.

“Once we’ve seen them in hundred million year old sediment with almost no food in it, it seems likely microbes are pretty much present in all the sediments of the world ocean, so they may very well be everywhere. 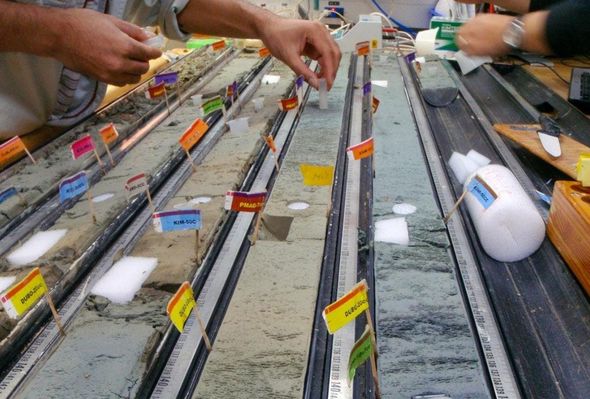 “Because normally the bacteria in our gut take a few minutes to a few hours to turnover, depending on the organism.

“When I say ‘turnover’, I mean to double, to grow their population.

“So there’s so many orders of magnitude between what’s going on in our guts and 100 million years, then getting one more factor of 10 to live on Mars doesn’t seem that hard.

“Now human beings have discovered abundant planets circling other stars and the telescopic capabilities that have been developed.

“I think it’s only a matter of time before we find evidence of life somewhere in the atmospheres from other planets circling other stars.”

He said: “I want to make it clear Dr Yuki took these samples with aseptic technique – that is he made very sure not to let bacteria into samples or let bacteria out.

“That’s like a lab you might build for dealing with pathogens, so he was very, very careful. 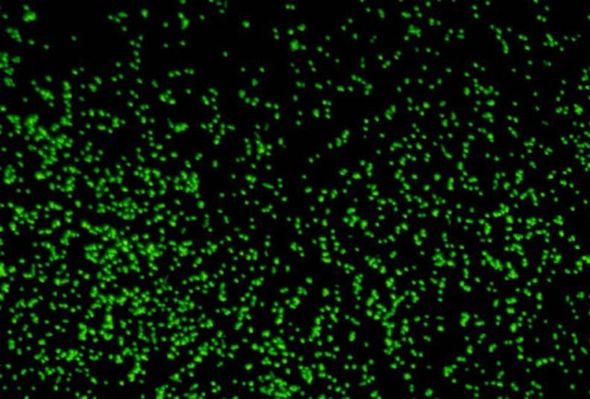 “But having said that, I think that the odds of there being anything dangerous in the sample are extraordinarily low.

“Because at a first approximation, these are basically normal marine microbes from the open ocean, the deep sea.

“And there’s no advantage for bacteria in the sea floor – there’s six kilometres to be adapted to attack people.

“And they and their closest relatives in the ocean live as part of marine ecosystems – they don’t they don’t have a pathogenic lifestyle.

“So things from that environment just don’t attack people.”

Now many are speculating on what these findings might mean for the search for life on other planets.

Speaking to Science, microbiologist Andreas Teske from the University of North Carolina, says that even if a planet’s surface looks barren, “it may be holding out in the subsurface.”

But as well as raising hopes of the imminent discovery of alien life, the study has created questions of its own.

Professor D’Hondt said: “When I speak of these microbes as locked in there for 100 million years, we don’t know if they’re the same microbial cells or not. 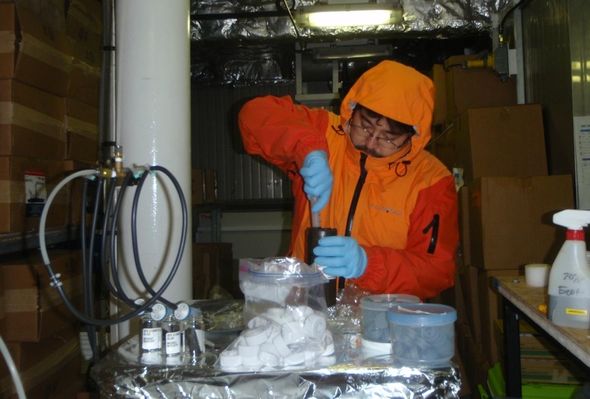 “We know that its ancestors, if you will, were locked up 100 million years ago.

“And the problem is the flux of energy is so low, that in principle, they haven’t had enough energy to divide.

“We’ve only had enough energy to repair their molecules.

“And so this means one of three things really: either the cells are living for tens of millions of years without dividing, which is an extraordinary thing.

“Or they’re dividing on way too little energy compared to our current theory, which is also an extraordinary thing – they might be able to survive and divide on a millionth as much energy, as usual in the world around us.

“And then the third possibility is that there’s some unknown source of energy that they’re tapping, we haven’t really considered.”