Self-taught ‘doctors’ from the 17th-century used a range of extraordinary means to ‘cure’ patients of a rage of ailments.

Simon Forman and his protégé Richard Napier paraded through Elizabethan England professing to be able to heal people of anything from witchcraft to ‘bloody flux’.

Consultation of the stars and a plethora of absurd treatments, including pigeon slippers, inscribed cheese and dog’s liver.

The celebrity pair were considered ‘quacks’ by the medical field as they focused heavily on witchcraft and consulted angels to help treat their patients.

Many of their remedies focused on a combination of symbolism, religion, witchcraft and astrology alongside parts of the real world.

They left behind notes on every one of their 80,000 cases, but they were made in almost illegible writing and their true meaning has long remained a mystery.

Researchers at the University of Cambridge have now deciphered the texts and placed some of the bizarre records online. 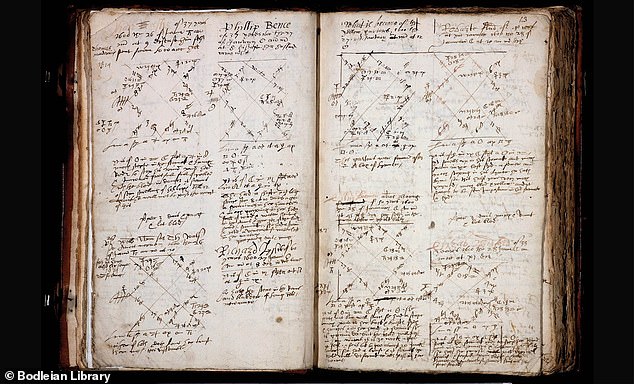 The pair left behind notes on every one of their 80,000 cases, but it was written in almost illegible writing and has long remained a mystery. Researchers at the University of Cambridge have now deciphered the texts and placed some of the bizarre records online

The infamously poor writing of medical experts included these 17th-century astrologer-physicians, with experts calling their penmanship ‘atrocious’, ‘messy’ and ‘archaic’.

Hence, it took ten years of ongoing research for their words to be understood.

A select record of the most intriguing and incredulous remedies has now been made readable to the modern audience online.

They spent centuries at Oxford’s Bodleian Library and were in 66 calf-bound volumes.

‘Our transcriptions are the very tip of the iceberg: thousands of pages of cryptic scrawl full of astral symbols, recipes for strange elixirs, and details from the lives of lords and cooksmaids suffering with everything from dog bites to broken hearts,’ said Professor Lauren Kassell, from Cambridge’s History and Philosophy of Science Department.

‘It’s taken ten years to sift through, edit and digitise all of the cases of Forman and Napier.

‘The Casebooks Project has opened a wormhole into the grubby and enigmatic world of seventeenth-century medicine, magic and the occult.

‘Channelled through the astrologers’ pens are fragments of the health and fertility concerns, bewitchment fears and sexual desires from thousands of lives otherwise lost to history.’

The long project allowed the team to develop an intuition, they claim, for the meaning of the words, which enabled them to crack it.

The transcriptions include punctuation and modern spelling whereas the entire library is untouched.

‘Napier produced the bulk of preserved cases, but his penmanship was atrocious and his records super messy,’ said Professor Kassell.

‘Forman’s writing is strangely archaic, like he’d read too many medieval manuscripts. These are notes only intended to be understood by their authors.’

They say the presence of evil spirits was prevalent throughout the casebooks and their unusual approach may have worked as a ‘proto-therapy’.

‘For example, many women talked openly about their sex lives and fertility fears,’ Professor Kassell added.

Many of the cures involve purges, brews or the release of blood in a bid to realign the four humours – a belief that human health relied on a balance of phlegm, blood, yellow bile and black bile.

Often treatments focused on removing excess of one in order to counteract another.

It was a popular theory first founded by Hippocrates and abandoned as the world emerged from the Dark Ages and learned more about medicine and the body.

Harmful or suicidal thoughts were often considered to be witchcraft or demonic visitations, and the astrologers sold ‘counter-spells’ of incantations, sigils or blessed amulets.

Bad dreams, depression and love-sickness were just some of the phenomena they professed to cure – alongside venereal disease, animal bites and witchcraft.

The treatments often included a combination of magic, astronomy and primitive pharmaceuticals and made myriad unsupported and untrue claims.

The records reveal a remarkable amount of their patients were crippled by witchcraft.

The remarkable tale of Edward Cleaver, who was a sickly 50-year-old who had blood let seven times in one year.

His affliction involved being ‘sorely tempted with profane & ungodly thoughts & sometimes with an inward smiling & laughing in his heart’.

It is thought his ill thoughts (‘kisse myne arse’) stemmed from the witchery of a puppy-suckling neighbour.

Joan Broadbrok, who thought ‘her children to be rats & mice’ was another patient who was diagnosed with witchcraft.

‘The spirit tells her that he will burn her & drown her & seems to speak within her,’ the notes reveal.

‘A great rising in her stomach. Will take nothing. Cannot sleep at all. Mind much distempered this 7 years worse than others. Thinks her children to be rats & mice.’

Temperance Negoose of Dunton in Bedfordshire, 30 years, was visited on Tuesday 27 April 1619 at 9.38 am and appeared to struggle with symptoms of depression.

They write she was ‘Despairing & offering to drown herself’ as well as doubting God.

They prescribed her pigeon slippers (‘a pigon slitt & applied to the sole of each foote’) to help cure her affliction. There is no mention of if it was successful.

Mr Napier enjoyed employing the use of leeches and sought second opinions from angels. They allegedly offered simple diagnoses, such as ‘he will die shortly’.

This specific patient, John Mobs of Wolverton, 53, angel Asariel disagreed with the other angel, Michael, and said: ‘He is dead’.

Joan Carter of Denton, 27 years, was visited on Monday 17th June 1611, 9.25am and the doctors write that they again consulted the angel Asariel.

The angel, they say, told them: ‘It will do her good by god’s grace.’

One of the most notable cases of someone suffering from a sexually transmitted disease is that of John Wilkinson.

He lost his hair to the ‘French disease’ and claimed the pain was akin to being ‘thrust with a rapier in his privy parts’.

One patient suffered with the ‘pox, with boils and itch’ and was prescribed a combination of roses, violets, boiled crabs and deer dung.

WHO WERE SIMON FORMAN AND RICHARD NAPIER? 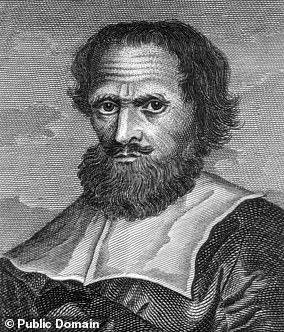 Simon Forman and his protégé Richard Napier paraded through Elizabethan England professing to be able to heal people of anything from witchcraft to ‘bloody flux’.

Consultation of the stars and a plethora of absurd treatments, including pigeon slippers, deer dung and boiled crab, were prescribed to patients.

Simon Forman was a rake and master of occult arts who turned to healing after allegedly curing himself of plague in 1592.

He set up shop in London as a doctor who could use the stars to determine disease or predict solutions to problems as diverse as hauntings, heart pains and lost hawks. 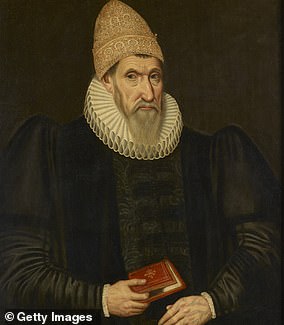 He was hounded by the medical establishment of the time, who considered him a ‘quack’, but his popular practice was continued by Richard Napier, a country rector and his astrological protégé, when he died in 1611. Napier died in 1634.

The astrologers worked in an unusual way. Their patients asked them a question and they would consult the stars to received a divine answers.

They hastily scribbled notes of times and dates that were of interest in treating the patient and added other information – such as names, locations and the customer’s query.

Their notes – which have remained illegible for centuries – included hand-drawn astrological charts, a ‘judgement’ and prescribed remedies.