4 Takeaways From That Huge Study of Scott Kelly

There’s never been a study like it before, and there probably never will be again.

On Thursday, the scientists began publishing the huge trove of results from the so-called NASA Twins Study — 90 pages, all told, and that’s just the first installment. Here’s a guide to what they’ve found … so far.

Scientists tracked a huge range of measurements in the NASA Twins Study, from Mr. Kelly’s performance on cognition tests to levels of gene activity in his cells. Many of the molecular tests had never been carried out on astronauts before.

The exams required Mr. Kelly to draw his own blood and to send fresh samples back to Earth in a Soyuz supply craft. Within 48 hours, researchers were analyzing the samples at NASA labs.

In one test, researchers broke open Mr. Kelly’s white blood cells and searched for molecular signals from each of his genes to see whether they were active. The scientists identified thousands of genes that ramped up their pace.

By looking at what those genes do, the team gleaned some clues as to why they became active in Mr. Kelly. Some are known to be triggered by stress, so it was no surprise to find that Mr. Kelly’s immune system also was on high alert.

In another test, the researchers scrutinized molecular caps on the ends of Mr. Kelly’s chromosomes, called telomeres. Telomeres shorten with age, and stress can shorten them further. But Mr. Kelly’s telomeres actually grew longer on average during his time in space.

But it’s not clear what the changes mean.

Human biology is complicated and mysterious, even here on Earth. So documenting changes that Mr. Kelly experienced in space won’t automatically help scientists understand the causes.

For example, why did his telomeres get longer? The Twins Study researchers are still trying to figure it out. It might have something to do with Mr. Kelly’s carefully designed, nutrient-rich diet — or perhaps the stress of space travel triggered stem cells to wake up and start multiplying.

Another mystery lies in the very design of the experiment. NASA only examined a single astronaut in space, comparing his responses to his genetically identical brother. It’s hard to know if all astronauts would experience the same changes — or if some of those changes are flukes of his own experience and genetic makeup.

The most worrisome findings: genetic mutations and lower scores on cognition tests.

Radiation can trigger certain mutations that may increase a person’s risk of developing cancer. And there’s more radiation in Earth orbit than on the surface of the planet.

In his 340 days aboard the space station, Mr. Kelly was exposed to an estimated 48 times more radiation than he would have been subjected to had he spent a year on the planet.

Scientists were able to observe the appearance of radiation-induced mutations in Mr. Kelly’s cells. The mutations were still present in Mr. Kelly months after his return, suggesting that he’ll carry them forward in his life, possibly causing a modest increase in his risk of cancer.

So it’s a bit worrying that a long-term trip to Mars would expose astronauts to eight times more radiation than Mr. Kelly received.

In addition, Mr. Kelly did worse on cognition tests even six months after landing, making more mistakes and responding more slowly. It’s possible that the physical demands of spaceflight were too blame, or that unconsciously his motivation had decreased.

These unexpected declines led some researchers to worry about how ready astronauts would be for a challenging landing on Mars after many months in deep space.

If we attempt a trip to Mars, we’ll need to prepare.

NASA understands that long-duration spaceflight could pose serious challenges to astronauts. By studying those challenges aboard the space station, the agency has been trying to quantify those risks. And on Earth, scientists have been investigating potential countermeasures.

Take radiation. On the space station, Mr. Kelly’s cells switched on genes known to help repair DNA. It’s possible that his cells actually undid a lot of mutations right after they arose. Researchers are investigating a variety of compounds that might spur the cells of astronauts to repair even more damage.

But such drugs might not be enough to handle, say, an unexpected solar flare, which would spray vast amounts of radiation. Some experts have speculated that spaceships would need a shielded room where astronauts could hide until flares were over.

Although that might protect astronauts in theory, it would also add a lot of extra weight to a mission to Mars. And that’s just one of the biological risks that scientists will have to plan for. 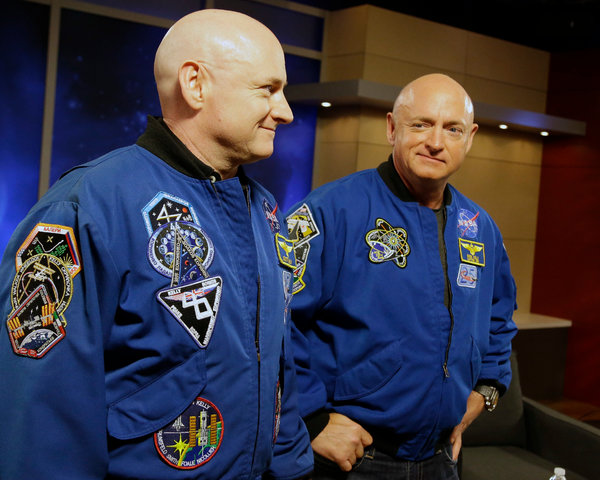