50 dead marine animals ALL had plastic in their system

Shocking study of 50 dead dolphins, seals and whales reveals ALL had microplastics from fishing nets and clothes in their intestines

A study of dead dolphins, seals and whales stranded on British shores found that every single one had plastic in their digestive systems.

Scientists examined the organs of fifty animals from ten different species that had died from a variety of causes.

All of the species were found to have ‘microplastic’ particles, less than five millimetres across, in their stomachs and intestines.

The findings shows how the array of species in our oceans are unable to escape the threat of plastic in seas and the potentially profound effects it has on them. 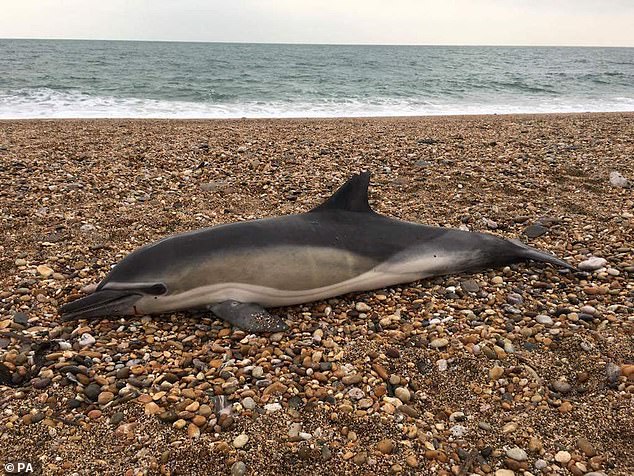 A study of dolphins, seals and whales washed up on British shores found plastic in the digestive system of every one. Scientists examined 50 animals from 10 different species that had died from a variety of causes

According to the research from the University of Exeter and supported by Greenpeace, the vast majority of the particles were synthetic fibres that may have been shed by clothes or fishing nets

Others were fragments of larger pieces that could have come from food packaging or plastic bottles.

Lead researcher Sarah Nelms and PhD student from the University of Exeter, said: ‘It’s shocking – but not surprising – that every animal had ingested microplastics.

‘The number of particles in each animal was relatively low, an average of 5.5 particles per animal, suggesting they eventually pass through the digestive system, or are regurgitated.

‘We don’t yet know what effects the microplastics, or the chemicals on and in them, might have on marine mammals.’

The team found that animals that died as a result of infectious disease had slightly higher numbers of particles than those killed by injury or other causes.

However, Professor Brendan Godley, from the University of Exeter’s Centre for Ecology and Conservation, said it was not possible to draw any firm conclusions on the significance of the link.

‘We are at the very early stages of understanding this ubiquitous pollutant.

‘Marine mammals are ideal sentinels of our impacts on the marine environment, as they are generally long-lived and many feed high up in the food chain,’ he said.

The team, whose findings appear in the journal Scientific Reports, said bacteria, viruses and contaminants carried on the plastic were a cause for concern. 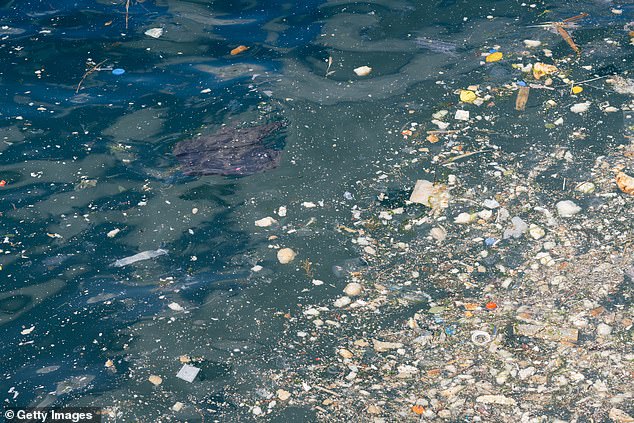 All of the species were found to have ‘microplastic’ particles, less than five millimetres across, in their stomachs and intestines. The findings shows how species in our oceans are unable to escape the threat of plastic in seas and the potentially profound effects it has on them

HOW DO MICROPLASTICS GET INTO THE OCEANS FROM RIVERS?

Louise Edge, head of Greenpeace UK’s ocean plastics campaign, said: ‘It is ominous that every single marine mammal tested was found to have microplastics in their digestive system, and it shows the scale of plastic pollution in our seas.

‘This is yet more evidence that the Government and big businesses need to focus their efforts on drastically reducing the use and waste of plastics, to stem the flow of plastic pollution into our rivers and oceans and into the mouths of marine wildlife.’

Fish, marine mammals and seabirds are being injured and killed by plastic pollution, and it is believed that entire species could go extinct because of it.