5,800 square miles of Louisiana wetlands could disappear in 50 years

Rising sea levels could leave more than 5,800 square miles of Louisiana wetlands underwater within 50 years, according to a new study

A new study of the Louisiana marshlands outside New Orleans says the region has already passed its tipping point and could be completely submerged within 50 years.

The study was led by Tulane University’s Torbjörn Törnqvist and found that sea levels rising between six and nine millimeters a year would be enough to completely submerge the 8,500 year old marshlands, which span more than 5,800 square miles.

The change would dramatically reshape New Orleans and the territory around the city, disrupting the lives of more than 1.2 million inhabitants. 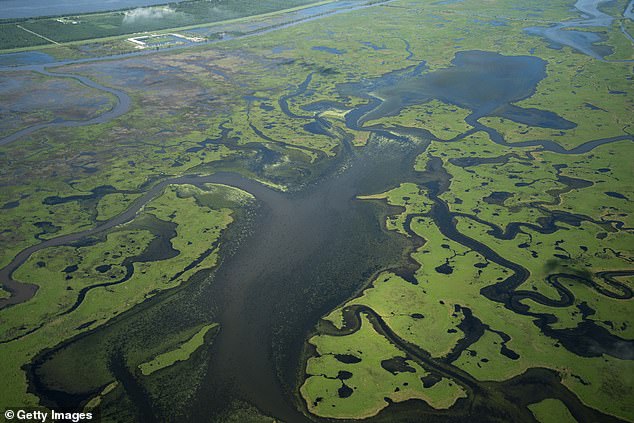 New research from Tulane University shows the Louisiana marshlands will be lost to rising sea levels within 50 years, though with mitigation efforts it could be slowed to a couple hundred years

‘What it says is we’re screwed,’ Törnqvist told NOLA. ‘The tipping point has already happened.’

‘We have exceeded the threshold from which there is basically no real way back anymore, and there probably won’t be a way back for a couple of thousand years.’

The changes could leave Lake Pontchartrain open to the the Gulf of Mexico and submerge parts of eastern New Orleans, including the Bayou Sauvage National Wildlife Refuge, and reshape the Louisiana coastline all the way to the state’s border with Texas.

While it may seem dire, the team’s sea level estimates were less severe than those from the Louisiana’s Coastal Protection and Restoration Authority 2017 projections, which estimated between 8.6 and 16.6 millimeters rise a year through 2067.

According to Törnqvist, if rising sea levels in the region could be brought back inline with the global average–3.58 millimeters a year between 2006 and 2015–it might take hundreds of years for the marshlands to be completely submerged, rather than a few decades. 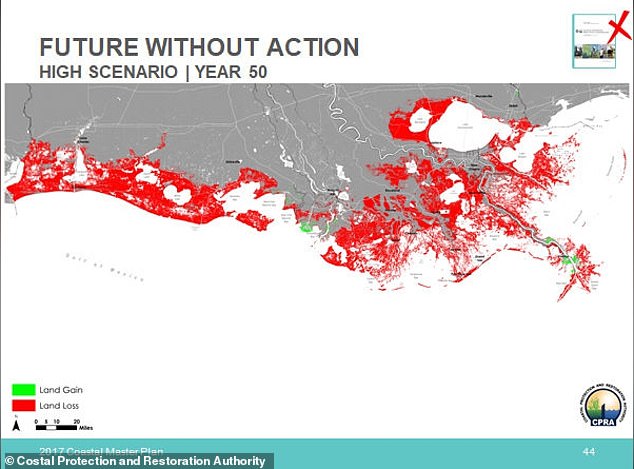 Rising sea levels of between six and nine millimeters a year would submerge more than 5,800 square miles of the Louisiana coastline (red areas), radically reshaping the state 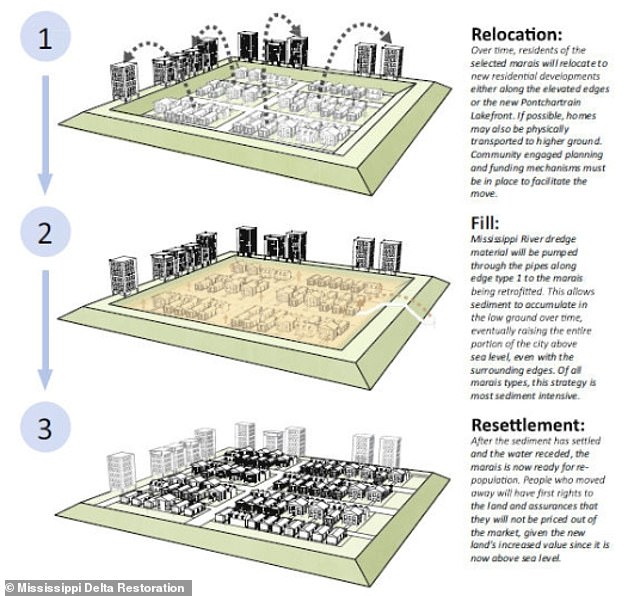 According to the researchers, the tipping point has already been passed, and an estimated 1.2 million inhabitants will see their lives disrupted, but with mitigation efforts the rise could be slowed and parts of the area could be resettled

The rise could be mitigated through efforts to lower global greenhouse gas emissions, and constructing large sediment diversions to channel water away from the most vulnerable parts of the wetlands.

‘I’m not saying that when she is old, we’ll have no wetlands at all, but we will have massive changes.’ 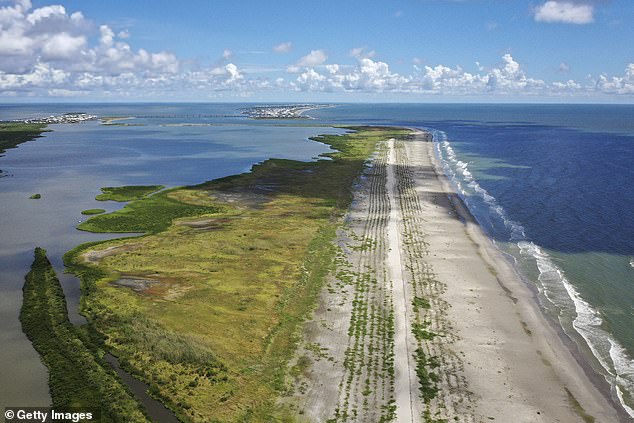 With the marshlands submerged, New Orleans would be more openly exposed to storms that come onshore from the Gulf of Mexico, which could severely damage the city and cause major breakdowns in the city’s property insurance policies

‘We have exceeded the threshold from which there is basically no real way back anymore, and there probably won’t be a way back for a couple of thousand years,’ Tulane’s Torbjörn Törnqvist said

Rising sea levels and the disappearance of the marshlands would also leave New Orleans exposed to more violent storms from the Gulf of Mexico.

‘If we have no wetlands left, the impacts of these storms are not going away, and sea-level rise is going to make those impacts bigger,’ Törnqvist said.

‘It’s only a matter of time until large insurers and companies that consider investing in the city look at it, and say, “Wow, this is becoming too risky.”‘