Behind a rusted metal door in an industrial part of San Francisco, a live display of miniature brains flickers with activity.

Grown from the stem cells of patients with autism, epilepsy, and schizophrenia, the mini brains — more accurately called cerebral organoids — are expected to help reveal to a team of researchers some fundamental hallmarks of those diseases which can then be treated with new drugs.

The researchers are employed by a small but well-funded startup called System1. Traditionally in neuroscience, drug developers have homed in on specific molecules or cells that they believe play a role in psychiatric disease. But System1’s scientists are zooming out. They are looking instead for key hallmarks of disease that may reside across larger networks of brain activity and cause everything from the forgetfulness of schizophrenia to the seizures common in epilepsy.

“The traditional target-based drug discovery approach is broken,” Sean Escola, the co-founder and CEO of System1, told Business Insider. At the same time, “people are hungry for innovation.”

The idea that sick systems — rather than simply sick molecules or sick cells — cause psychiatric disease has only recently begun to yield new research efforts. It may also be one of the reasons why some drug giants are returning to neuroscience despite previous failed attempts to create new drugs for diseases like depression. In October, drug giant Pfizer resurrected its brain division by launching the company Cerevel Therapeutics. Allergan and Johnson & Johnson have also made recent rebounds into the area with investments in depression drugs inspired by the the club drug ketamine.

Several big-name investors are betting that System1’s system-level approach could work, having poured a total of $25 million into the startup.

They include Pfizer’s venture arm, as well as bi-coastal venture firm CRV and the Longevity Fund, the first VC firm dedicated entirely to anti-aging startups. Frederic Kerrest, the COO and co-founder of the enterprise identity software company Okta, serves on System1’s board of directors and was joined by CRV’s George Zachary and Pfizer’s Margi McLoughlin. 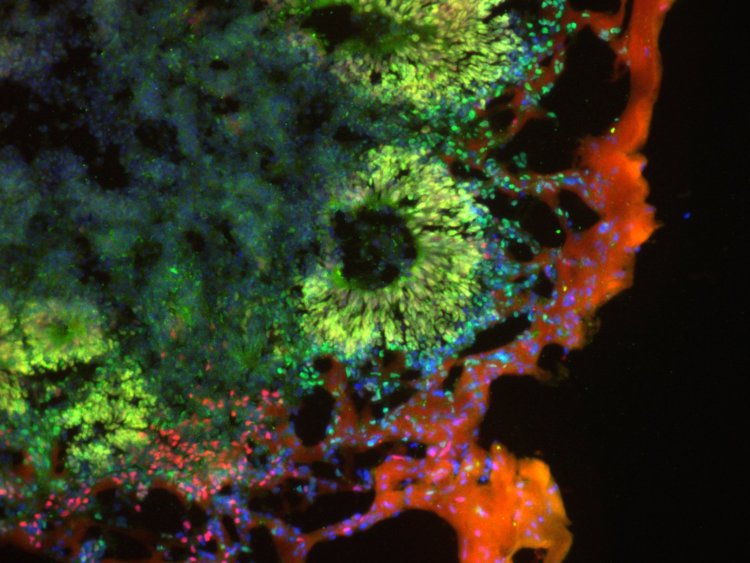 A close-up of one of System1’s cerebral organoids showing the part of the cerebral cortex involved in sight and hearing (green). System1

For decades, researchers who study psychiatric diseases have been coming up with new drugs by homing in on what they believe are broken or sick molecules or cells that may be causing the symptoms of the disease. But in some 90% of cases, some part of their thesis about those molecules was wrong in the first place, and large amounts of time and billions of dollars are wasted.

Still, most of our current drugs are a product of this model.

The most popular drugs for schizophrenia, for example, target dopamine — a molecule that’s thought to play a key role in memory and pleasure. But these drugs fail to help many people. One reason is that many schizophrenia symptoms, from hallucinations to memory loss, could be the result of a much more fundamental set of cross-brain issues.

But current drug development approaches in neuroscience don’t probe these system-level problems. Instead, they focus on one or two isolated components of the disease. Escola, who’s also an assistant professor of psychiatry at Columbia University, believes that’s a tragic oversight. He thinks it could also explain why so many medications fail to help patients.

“It is very possible that for some psychiatric disorders, you don’t have any sick molecules or cells, you just have sick wiring diagrams,” Escola said.

Put another way, that could mean that many of our previous attempts at creating drugs for psychiatric diseases like epilepsy and schizophrenia have been missing the forest for the trees.

To address that problem, Escola and his co-founder Saul Kato, a professor of neurology at the University of California in San Francisco, aim to mine the activity across their mini brains for signs of disease that could be happening at a much more foundational level of the illness.

“We’re not measuring one thing,” said Escola. “We’re measuring many interactive features across many different levels of biology.”

If they make a promising discovery in their work with mini brains, Escola and Kato’s researchers will need to further test their idea and eventually run clinical trials in people. Escola wouldn’t provide Business Insider with a timeline on that work, however. 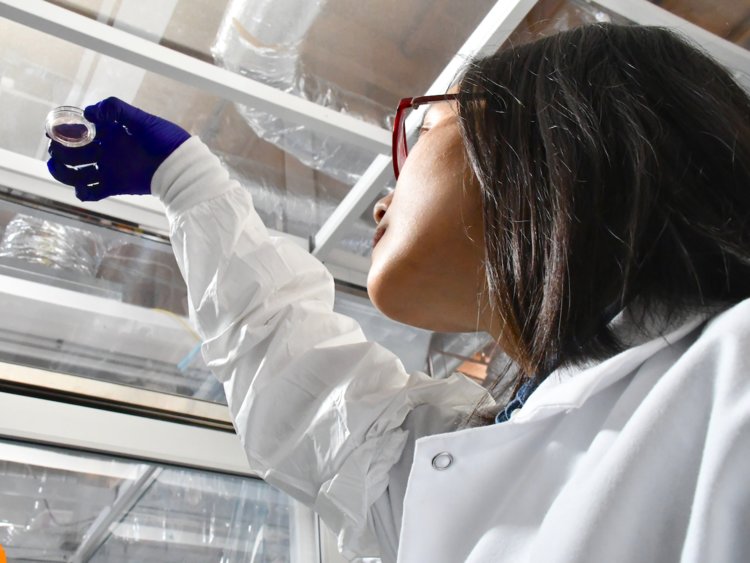 System1 is using its fresh funding to grow as many three-dimensional mini brains as possible.

For now, the stem cells used in the process come from nearby banked stem cell lines designed for research, but Escola said they’ve already exhausted all of the local suppliers. Their next sources will likely come from research institutions and universities where they’ve developed close relationships.

The researchers then spend months studying the organoids using software powered by machine learning. They hope to end up with several of what Escola calls “deep phenotypes,” or characteristics of disease that can be seen across entire systems of activity as opposed to just inside specific molecules or cells.

“It may be the case that the pathology is most clear at a complex, network level rather than at the level of individual molecules,” Escola said.

But System1 is the only company doing it with their own source of biological data — the cerebral organoids.

“One way you could conceptualize our company is we’ve got our own data-generating process wrapped inside of a machine learning team,” said Escola.

This is a subscriber-only story. To read the full article, simply click here to claim your deal and get access to all exclusive Business Insider PRIME content.