Professor Gunkel argued the “actual legal standing” of robots has “not been decided”, but added this is likely to become a big issue in the next few decades. The academic added that in the future he expects “lots of contentious debate” over the extent to which humans should be allowed to augment their bodies with technology.

Speaking to Express.co.uk Professor Gunkel said: “I would say right now we are already augmenting ourselves with artificial devices that increase our capacities and capabilities.

“We all carry them [mobile phones] around in our pockets or have them in our purses.

“That’s a kind of external memory device, an external brain, that augments our own cognitive abilities.

“I think the future is going to be not an us verses them, but an us and them.

“We work together and become this collaborative hybrid being that is part organic, part mechanic, a cyborg of sorts.

“At one time putting a pacemaker in your body would be considered weird by a lot of people and now it’s just standard practice.

“As more of this technology becomes acceptable and accessible that line will move in the direction of permitting greater augmentation within our bodies and less of us will be concerned about it.” 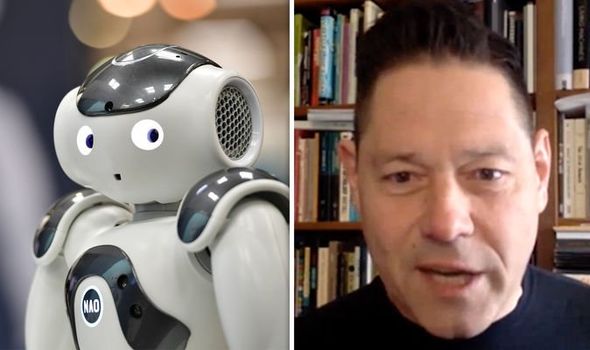 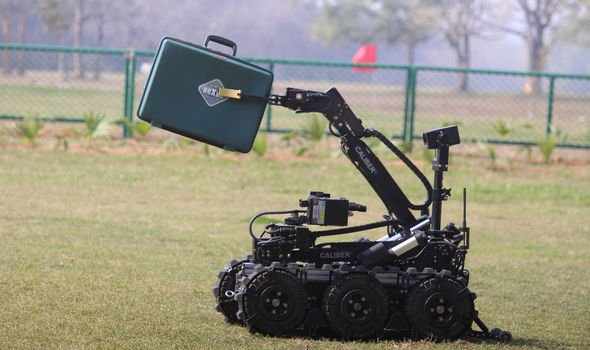 Professor Gunkel claimed the impact of developments in robotics and artificial intelligence (AI) over the past few decades on humans has been gradual.

He explained: “Science fiction sells us this image of the robot as being this humanoid thing that enters our world

and may even endanger our world as you see in some of the more dramatic scenarios.

“I think in reality the incursion of robots into our world has been kind of like the fall of Rome. It’s not been dramatic.

“It’s been a slow incursion where everyday more and more autonomous type technologies take over more of our operation – some of the heavy lifting of decision making, recommendations, running various operations in our businesses and in our home life.”

Professor Gunkel is the author of a number of books including ‘Hacking Cyberspace’ and ’The Machine Question’. 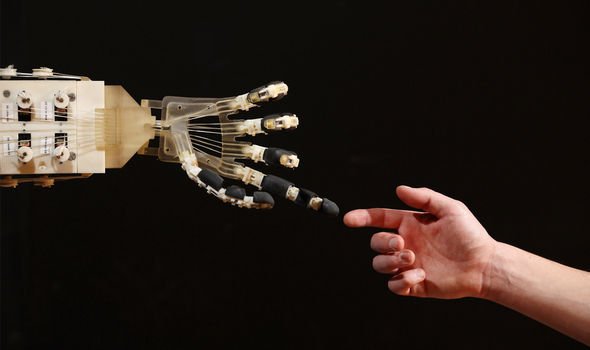 He predicts that the next 20-30 years will see robots and AI become increasingly competent at very specific tasks and integrating together more, but not yet challenging human abilities across the board.

The academic commented: “I see an increase in what I call idiot savants, all of these very capable narrowly tailored specific AI devices and robots that will do very specific tasks very well but they will be dedicated to that one thing.

“Where things get interesting I think in the next decade is we start to wire these devices together so that we have an army of idiot savants all working on our behalf to make our lives better, more enjoyable, less tedious and that I think is going to be the real change.

“Up until now we’ve seen individual devices being put out there but I don’t think we’ve seen the scale of interconnectivity of these devices like is being anticipated by the internet of things.”

In his work Professor Gunkel has focused specifically on the moral and legal responsibility for the actions of robots and AI.

He predicts these questions will cause big debates amongst governments, corporations and private citizens.

The professor asserted: “I think its going to become a really big issue not just with self-driving cars but also with things like autonomous drones. 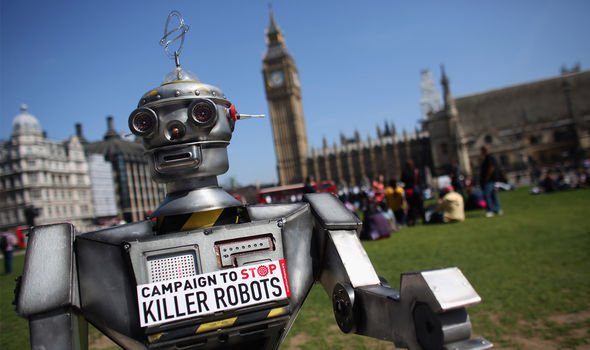 “The drone itself could acquire a target and make a decision about kill or not. This technology exists and its about how it’s rolled out, where it’s rolled out.

“I think we’re at the cusp of this becoming a really important question and a question that will impinge on us in ways that will be very real.

“The corporation that designs, develops and manufactures these devices will initially I think be seen as the party that would be liable for an accident or some other bad outcome.

“At the same time a lot of the systems they are developing are systems that they themselves don’t necessarily have full control over and we can already see now in the complexity of the way a technological system is deployed there are many hands involved in a decision.”

According to Professor Gunkel advances in robotics and AI are likely, at least initially, to impact on some sections of society and parts of the world far more than other.

This has the potential to have a dramatic impact on world politics.

Professor Gunkel explained: “I think there will be a lot of contentious debate around that subject, especially as it will divide the world into the haves and have nots. The augmented and the unaugmented.

“That will play out I think in a way we’ve seen other divides play out historically, whether that has to do with industrial capabilities or the internet.

“We’ve seen historically how it has divided the world up into those who have the access and technology and those who don’t and the political struggles between the haves and the have nots.”

The transhumanist movement argues humans can and should be allowed to use technology to augment their biological capabilities. 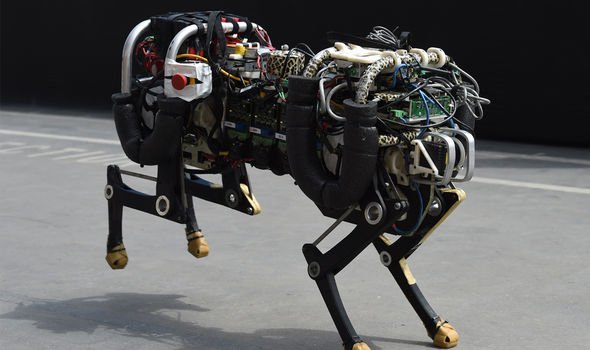 Currently a transhumanist is challenging Donald Trump for the Republican Presidential nomination.

According to Professor Gunkel technological innovation will have a radical impact on how humans see their place in the world.

Responding to the argument from some scientists, including the late Professor Stephen Hawking, that advances in AI could pose an ‘existential threat’ he replied: “I think existential crisis if we put existential with a small e.

“I don’t think we’re talking about an extinction event wiping us out.

“But I do think it is changing our understanding of our world, of our relationships to each other and of the way we engage with and utilise our technology.

“It’s going to take a bit of soul searching on our part to see where we fit in a world where machines are more capable and not just our tools to be used as we see fit.”