An AI helps uncover secret sketches by Leonardo da Vinci, which were previously hidden beneath layers of paint on the canvas of ‘Virgin on the Rocks,’ one of his most famous paintings

Researchers have enlisted an AI to help them uncover hidden drawings on the canvas of one of Leonardo Da Vinci most famous paintings.

The project was a collaboration between the National Gallery’s Dr. Catherine Higgitt and a team from the Imperial College of London, led by Pier Luigi Dragotti.

Higgitt and her team at the Gallery had discovered faint sketch marks on the canvas of da Vinci’s ‘Virgin on the Rocks,’ which he had originally been commissioned to create in 1483 for a chapel in Milan. 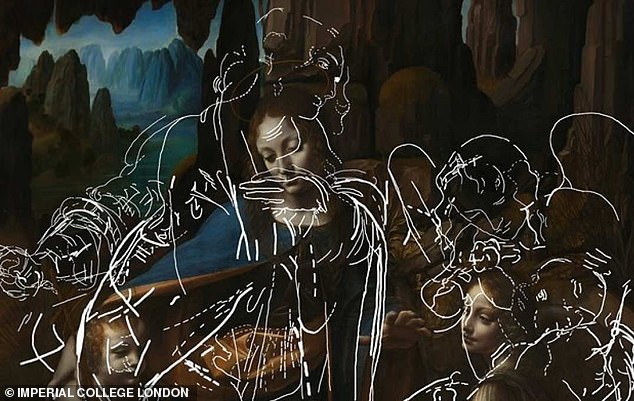 Researchers in London discovered a hidden drawing on the canvas of one of Leonard da Vinci’s most famous paintings, ‘Virgin on the Rocks’ (pictured above)

The sketchings appeared to hint at an early version of the image that differed from the finished version, which depicts the Madonna with an infant Jesus and an infant John the Baptist in a cavern.

The sketches showed wings, which suggested that da Vinci might have originally planned for an angel to be in the painting, as well as a different position for the Madonna.

Higgitt contacted Dragotti’s team at the Imperial College of London, and they used a new technique called Macro-X-ray fluorescence scanning (MA-XRF) to record the full chemical composition of the painting.

The team noticed the sketches had traces of zinc in them and considered the thought that da Vinci might have originally used a zinc-based pigment to outline the image.

The team assigned an AI program to isolate all the traces of zinc that had been recorded during the MA-XRF scan, and doing so revealed a near-complete version of the sketch that had previously been hidden beneath the full painting. 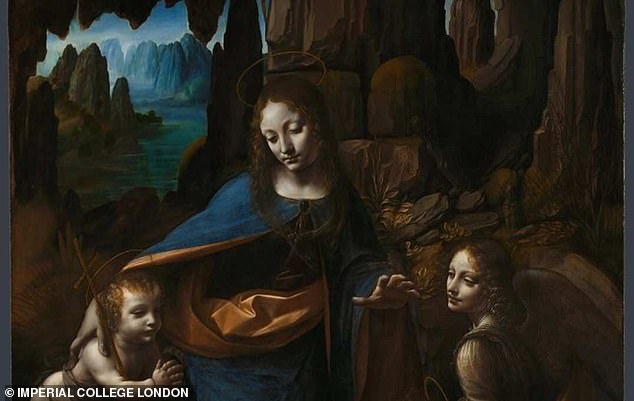 The completed version of ‘Virgin on the Rocks’ was created for a chapel in Milan in 1483, and depicted an infant Jesus and an infant John the Baptist being watched over by the Virgin Mary 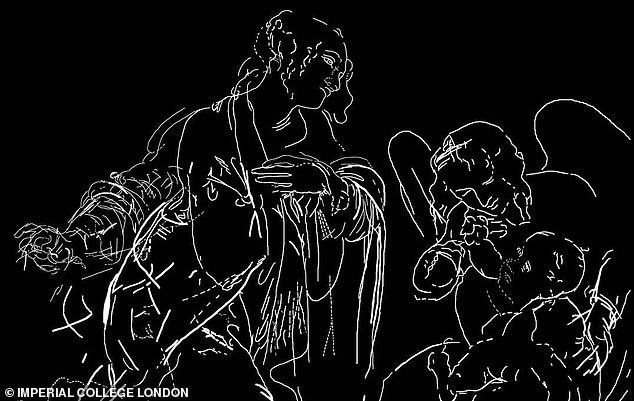 A group at the National Gallery in London found traces of an earlier sketch of the painting on the canvas, suggesting their might originally have been an angel in it, and Mary and the infant Jesus would have been positioned differently 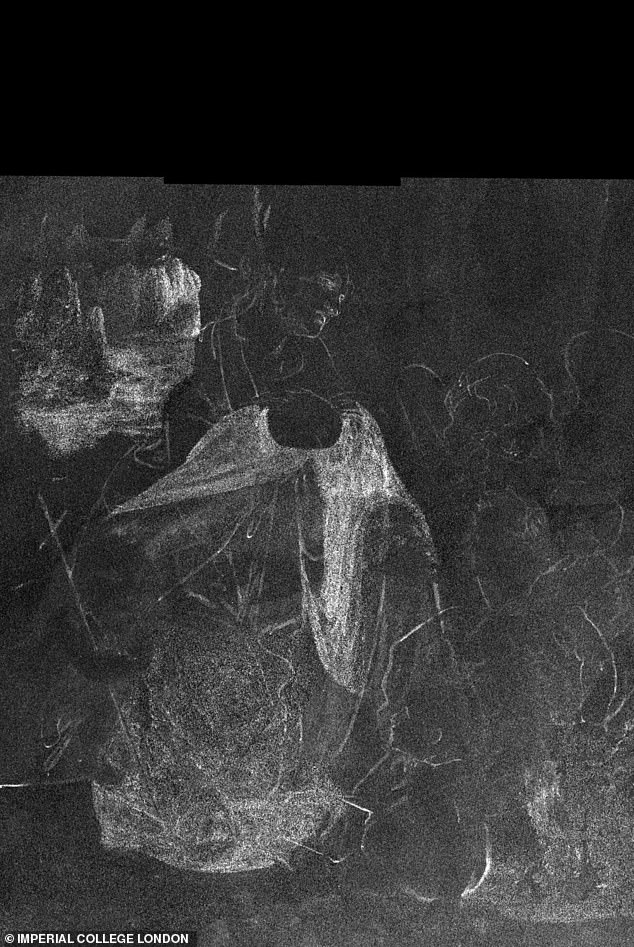 The group used a process called Macro-X-ray fluorescence scanning, which created a record of all the different chemicals present on the canvas. When they programmed an AI to isolate for just zinc, they discovered a near-complete version of the original sketch

‘Before, we were getting very weak signals from the zinc within the painting due to its overlap with other elements, but the algorithm has given us more confidence in the signals that relate to the underdrawing,’ Higgitt told Phys.org.

Dragotti described the process as akin to finding a needle in a haystack, something labor intensive that became much less daunting when an AI could manage crunching the large amounts of data necessary to search for the so-called needle.

Lockdowns are making children more obese due to poorer diets

Physiotherapists warn public against using YouTube to treat back pain